Pastor Steven Furtick on Doubting: 'Faith is Not the Absence of Doubt'

Steven Furtick, pastor of North Carolina megachurch Elevation Church, recently preached a message titled “The Benefit of the Doubt” in which he talks about the place of doubt in the Christian life.

The Doubt-Slayer — Growing in Gratitude

This article is by Mary Mohler and is an excerpt from her wonderful new book, Growing in Gratitude: Rediscovering the Joy of a Thankful Heart.

How Not to Pray: Two Correctives from Christ

This article is an excerpt from my book, The Prayer that Turns the World Upside Down: The Lord’s Prayer as a Manifesto for Revolution. This post is the second in an eight part series on the Lord’s Prayer.

The most effective way to bring God-honoring Christian influence into legislation and policy is to have Bible-minded Christians of high character and integrity in office. It is impossible to elect desirable people unless they are on the ballot to elect. And it is only possible to be on a ballot by running for office.

We are in dire need for Bible-minded, God-honoring Christians to step up and run for office–NOW! The good news is there is still time for these people to file for office; the bad news is history shows many great leaders will not answer the call.

Is Joy the Same as Happiness? 10 Things to Know about This Fruit of the Spirit

Theologian Miroslav Volf, who has written books on subjects ranging from the Trinity to the challenges of reconciliation in divided societies, has turned to what might seem like a frivolous subject: joy.

But Volf, 61, the leader of the Yale Center for Faith and Culture, says studying the theology of joy with students and scholars is “hard work."

He spoke with Religion News Service about the difference between joy and happiness, biblical lessons on joy and how the average person can find joy.

You Can Push for Public Displays of the Bible. Better Yet, Read It.

The usual adversaries are at it again in the ongoing war over the place of the Bible and Christian faith in the U.S. armed forces. On behalf of 26 military families, the Military Religious Freedom Foundation is battling with the Navy over a POW/MIA display at the naval hospital on Okinawa, Japan.

Duke and Duchess of Cambridge Reveal Their Baby’s Name

Prince William and Kate Middleton announced this morning the name they have chosen for their baby boy. He will be known as “His Royal Highness Prince Louis of Cambridge.” He is fifth in line to the throne. 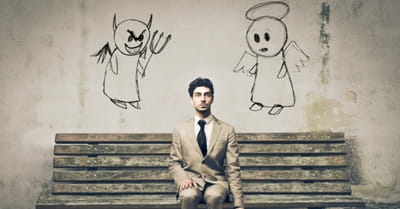 I'm not sure when the term "spiritual warfare" was coined, but in my research I've discovered it mentioned as early as the 1600's.

Spiritual warfare is depicted (without using the term) back to the writing of the New Testament as Paul stated:

For though we live in the world, we do not wage war as the world does. The weapons we fight with are not the weapons of the world. On the contrary, they have divine power to demolish strongholds. We demolish arguments and every pretension that sets itself up against the knowledge of God, and we take captive every thought to make it obedient to Christ. (2 Corinthians 10:3-5)

Here are 4 proven ways to stand strong in the face of spiritual warfare:

20 Christian Podcasts You Should Know About

Are you looking to learn something new, deepen your Bible knowledge, listen to more sermons, or explore today's relevant cultural topics through the lens of a Christian worldview? These 20 podcasts do all that and much more! We encourage you to give at least a few of these podcasts a listen and see which ones you may want to include in your daily routine. There is sure to be a podcast (or two!) on this list for everyone, no matter what your interests or what you are looking to focus on this new year in your walk with the Lord.

​4 Key Characteristics Of A Faithful Christian

If you are a Christian, you assuredly want to hear Jesus say to you someday, "Well done, good and faithful servant," but it's one thing to desire this and another to be walking the straight and narrow path. These four characteristics are essential living out the Christian life faithfully. Although many godly traits are attributed to faithfulness, these four are vitally important. How can we increase faith and serve God with all of our heart? Here are just four ways: