‘It’s the Great Pumpkin, Charlie Brown’ is a Metaphor for Faith 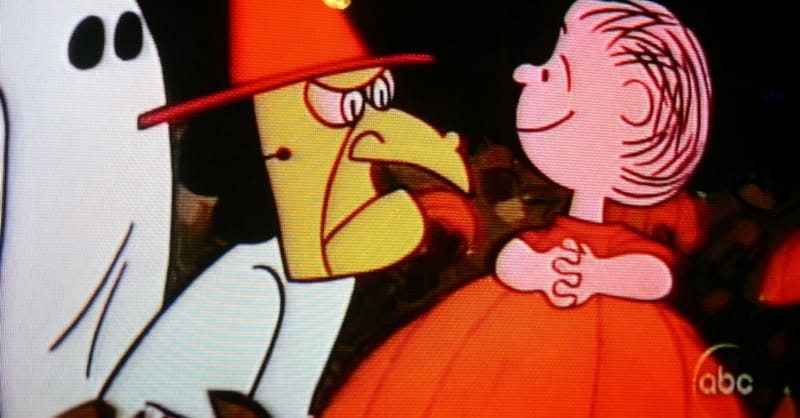 ‘It’s the Great Pumpkin, Charlie Brown’ is a Metaphor for Faith

Many of us are familiar with the scene from “A Charlie Brown Christmas” in which Linus explains what Christmas is all about and quotes from the book of Luke. That scene and the message of the beloved movie has caused many Christians to support it.

Not nearly as much love is given to “It’s the Great Pumpkin, Charlie Brown,” the Peanuts Halloween classic, but you may be surprised to learn that this movie also contains Christian themes.

The classic Peanuts Halloween movie is all about Linus’ faith in The Great Pumpkin. As RelevantMagazine.com notes, at one point in the movie, Linus even explains how The Great Pumpkin chooses which pumpkin patch to visit:

“He’ll come here because I have the most sincere pumpkin patch and he respects sincerity.”

Later, he reiterates the same idea: “Each year the Great Pumpkin rises out of the pumpkin patch he thinks is the most sincere. … I don’t see how a pumpkin patch can be more sincere than this one. You can look all around and there’s not a sign of hypocrisy … nothing here but sincerity as far as the eye can see.”

The website entiregospel.com explains the message Charles Schulz, the creator of Peanuts, was communicating through “The Great Pumpkin.”

“Linus’ belief is one of the most common beliefs about religion: it does not matter what a person believes in. As long as they are sincere in their belief, the object of their faith is irrelevant and their faith is legitimate. Because the Great Pumpkin never shows, Schultz, simply and brilliantly, communicates sincerity is worthless if the object of faith is false.”

Schulz, who was a Sunday school teacher in addition to a famous cartoonist, recognized that life does not always offer happy endings, so he wanted to show that reality in his cartoons.

“Once you accept Jesus, it doesn’t mean that all your problems are automatically solved,” he once said.