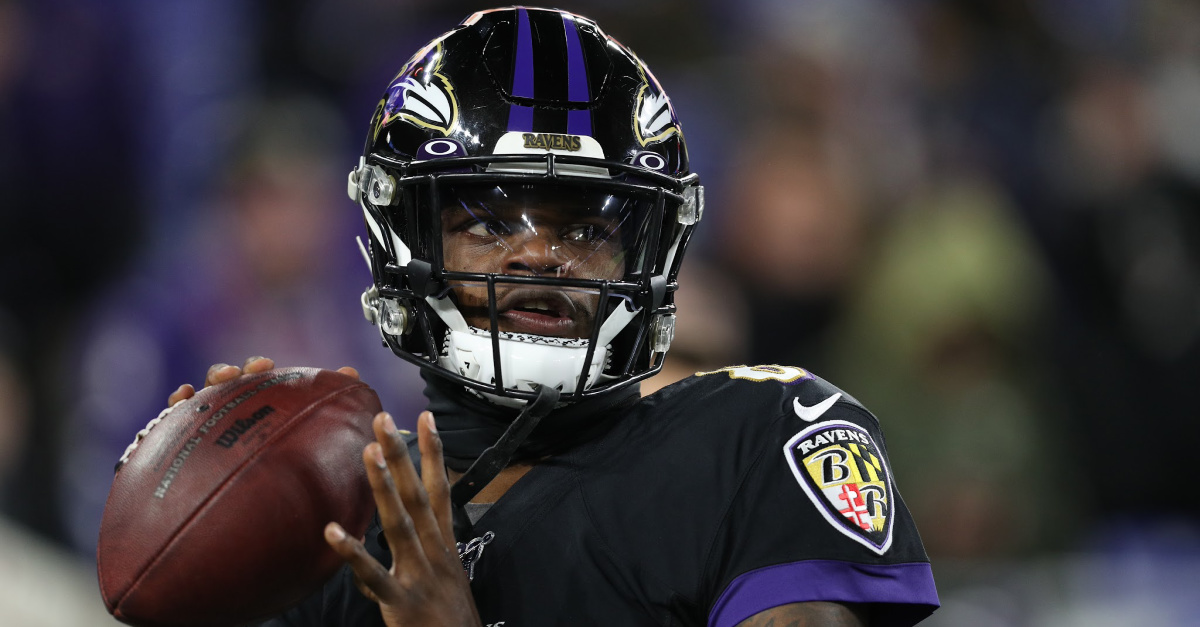 The NFL quarterback who is the heavy favorite to win this year’s Most Valuable Player award says his Christian faith helps him stay grounded.

Baltimore quarterback Lamar Jackson has guided the Ravens to a league-best record of 12-2 and leads the league in several key categories, including passing touchdowns (33) and quarterback rating (81.3). The duel-threat Jackson also leads all quarterbacks in rushing yards (1,103).

Asked this week what keeps him humble, Jackson responded simply, “the Lord.”

“I give Him all his praise, the glory, the honor, because without Him I could have been doing anything,” Jackson said.

“I'll be thinking about it, talking to Him throughout the day like, ‘Man, appreciate You. I thank You.’ Because, when you feel like you’re bigger than the Lord, that's when all that success dies. It goes away. You have to let Him know He's the reason you're having that much success.”

Jackson won college football’s Heisman Trophy in 2016 during a breakout season at the University of Louisville before being drafted by Baltimore.

Former NFL quarterback Kurt Warner, who led the St. Louis Rams to a Super Bowl championship during the 1999 season, said Jackson is having one of the league’s best-ever years for his position.

“If he gets to 35 to 40 touchdown passes and what he's done running the ball, Lamar has to be in the conversation of the best season by a quarterback,” said Warner, an analyst for the NFL Network.

Jackson is the only player in NFL history to compile at least 2,500 passing yards and 1,000 rushing yards in a single season.

Many fans still don’t fully appreciate what Jackson has done, Warner said, according to Newsweek.

“With a lot of things Lamar does, it is hard to gauge right now because it's so new and unique. Maybe 10 to 15 years down the road we'll have a better feel where it stands,” Warner said.