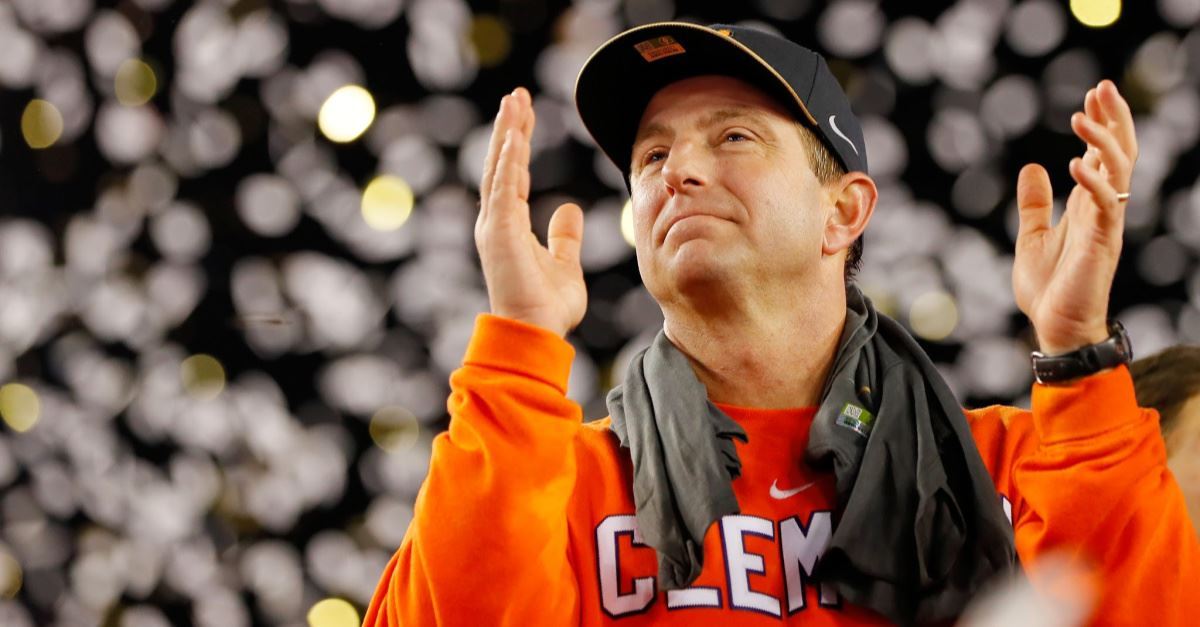 The head coach of the top-ranked college football team and the defending national champions says life isn’t all about sports.

Clemson head coach Dabo Swinney said during his press conference this week he wants his team to focus on one word this year: purpose. But Swinney – whose team is ranked No. 1 in the major polls – defines “purpose” differently than many football fans would.

“[I’m] just really convicted on that. We’ve had a lot of success, I’m going into year 11, but we’ve stayed true to who we are the whole way. … I know what my purpose as a man is, and that’s to glorify God. That’s to be a great husband and father, and it’s to use the game of football to equip young people for life. That’s just that simple.”

"I know what my purpose as a man is. That's to glorify God, be a great husband and father and use the game of football to equip young people for life." pic.twitter.com/8a3Ex6qVp8

Swinney’s first full year as a head coach was 2009, one year after the Tigers finished 7-6. Since then, they’ve won two national championships and five conference titles. He’s turned Clemson from an average program into a perennial national power.

“Our purpose as a program is to graduate our players, and to give them the tools that they need to go be successful – to make sure they have a good experience and to win a championship,” he said, referencing last year’s senior class and its 97 percent job placement rate.

“And that has not changed since day one. … Everything is centered and driven by that.”

Swinney never has been shy about discussing his faith. Following last year’s national championship victory, he told a national TV audience, “For me personally, joy comes from focusing on Jesus, others and yourself.”