Down Syndrome Baby Wins Gerber Contest: What is God’s Perspective on Children? 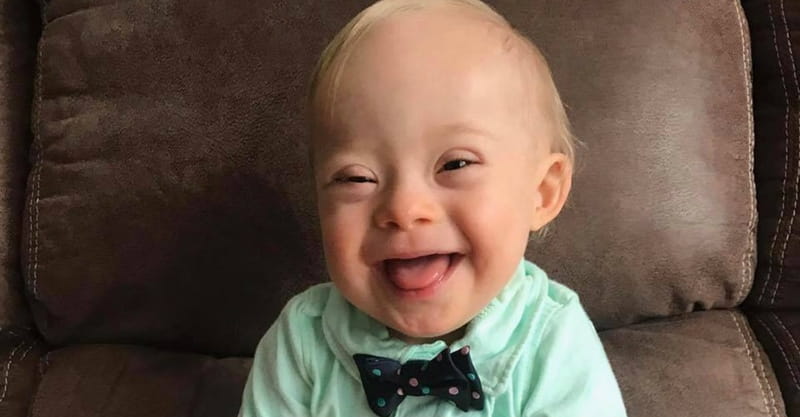 Down Syndrome Baby Wins Gerber Contest: What is God’s Perspective on Children?

While countries such as Iceland are aborting babies with Down Syndrome, a one-year-old from Georgia is the first child with Down syndrome to win the Gerber Spokesbaby contest.

Lucas Warren from Dalton, Georgia, was chosen from more than 140,000 contestants.

“Lucas’ winning smile and joyful expression won our hearts this year, and we are all thrilled to name him our 2018 Spokesbaby,” said Bill Partyka, the president and CEO of Gerber.

Cortney Warren, Lucas’ mother, added: “We hope this opportunity sheds light on the special needs community and educates people that with acceptance and support, individuals with special needs have the potential to change the world – just like our Lucas!”

I applaud Gerber on the selection of Lucas as the 2018 Spokesbaby. In Iceland, babies like Lucas don’t get the opportunity to participate in contests because they don’t get a chance at life.

Since Iceland introduced prenatal screenings in the early 2000s, the majority of women — close to 100 percent — who received a positive test for Down syndrome terminated their pregnancy.

Last August, Geneticist Kari Stefansson told CBS News: “My understanding is that we have basically eradicated, almost, Down Syndrome from our society — that there is hardly ever a child with Down Syndrome in Iceland anymore.”

One of the genetic counselors interviewed by CBS said, “We don’t look at abortion as a murder. We look at it as a thing that we ended. We ended a possible life that may have had a huge complication …”

The Dutch National Institute calculated how ���expensive” a Down Syndrome man is in this video. The mathematician calculated that a “downer” is 10 times as expensive as a “normal” person and compared the cost to elderly patients in nursing homes with dementia.

My question is: Why do the people of society think they can place a value on a person?

That job belongs to God, the Creator of life.

Confirming the incredible value of human life, Jesus sacrificed his own life for ours and offered us eternal life, just to show how much God loves each of us (1 Corinthians 7:23).

One day, Jesus took a child in His arms and said, “Whoever receives one child like this in My name receives Me” (Mark 9:36). By the way, we don’t know the story of that child. What if he had Down Syndrome?

There is only one time when Jesus says it would be better if a person had not been born, and He was referring to Judas who betrayed him:

The culture around us grows darker each day, and the smile of baby Lucas is a bright reminder about God’s perspective:

headlines. In addition to speaking, she is a columnist for Christian Headlines.com. To read Laura’s latest work on the headlines, visit www.lauralaceyjohnson.com, or to download your FREE copy of Why Jerusalem is Important to 3 World Religions, subscribe to her blog here.