Celebrating the Priceless Gift of Freedom 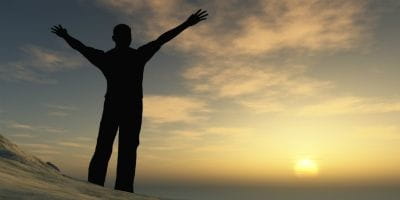 Celebrating the Priceless Gift of Freedom

Today in the United States we are celebrating a priceless gift. It’s a gift that many of us received when we were born, that some are receiving for the first time, and a gift that tragically, some will never experience. That gift is freedom. And much like the things that are most important in life -- the air we breathe, our lives, our homes, our families -- it’s easy to take for granted.

Ironically, many of the people who appreciate most the freedom we are celebrating are those who know the least about this iconic day. But their fresh perspective on the priceless gift we share can inspire us to remain grateful every day.

I recently met a young Pakistani couple whose conversion to Christianity nearly cost them their lives. After fleeing persecution for their beliefs in Pakistan, they spent years in transition, watching, wondering, waiting for a chance at freedom. When they received refugee status and were allowed to come to the United States, they were elated to have a chance at living a life that was truly free. They only recently arrived in the U.S., and this will be their first Fourth of July.  I’m not sure they quite understand the fireworks and cookouts and concerts -- but they know what freedom is, because they had to live without it.

Anyone who has experienced horrific persecution for their personal beliefs has a deep awareness of the unmistakable value of freedom. The men and women who founded this country were themselves victims of persecution, and fought to preserve freedom at any cost. The liberty they sought meant freedom to have faith, to lose it, to change it.

Today, because of their sacrifice, the priceless gift of freedom is ours. This Fourth of July, let's remember those in our world who long for the freedom we experience every day. On this day that we celebrate freedom, let's seek freedom for the oppressed. I hope that on this Independence Day, we can remember not only to be grateful for this priceless gift, but to be generous with it as well.