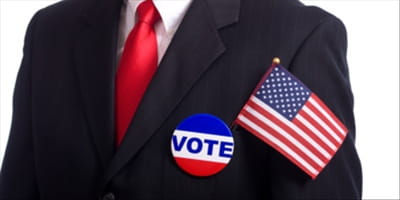 This is particularly true of the 2012 election. The presidential nominees of the two major parties represent two very different worldviews and visions. President Barack Obama and Governor Mitt Romney have adopted policy positions that place them in direct conflict, and the platforms of their respective parties reveal two radically different renderings of reality.

Years ago, Governor George Wallace of Alabama remarked with disdain that there is not “a dime’s worth of difference” between the Democrats and the Republicans. In a sense, he was at least partly right. A look back at the platforms of the two parties in the 1950s and 1960s reveals little division over many of the issues that now frame our national debate. Some of today’s issues were simply missing, of course, given the fact that they were not even part of the national conversation. But on issues of the economy, foreign policy, the function of government, and a host of other issues, the parties held positions that were far closer than is the case today. Divisive issues such as the war in Vietnam would be addressed with different policy proposals, but the platforms of the two parties reflected a shared moral and political framework — a truth that would shock many Americans today.

All that changed with the social and political divisions that came with the 1968 and 1972 elections, when the Democratic Party experienced its great transformation concerning a host of social issues. The 1980 election saw the Republicans experience their own transformation, with social issues such as abortion rising to major attention in the party platform.

Fast forward to 2012, and the distance between the two parties is breathtaking. The nation’s political polarization is clearly evident in the radical distinctions between the Republican and Democratic platforms. But this polarization is not merely political. It is fundamentally moral and ideological. These two platforms present two contradictory understandings of realities as basic as human life, liberty, and the institution of marriage.

Though the two parties have taken opposing positions on many of these issues for years, the radical nature of this current polarization is new.

The parties differ about matters such as health care and the environment, the power of public employee unions, Medicare, and foreign policy. But those differences, real and consequential, pale in contrast with the positions taken by the parties concerning the issues of abortion and same-sex marriage.

In 2012, the Democratic Party becomes the first major political party in the United States to call for the legalization of same-sex marriage. “We support marriage equality and support the movement to secure equal treatment under the law for same-sex couples,” states the platform. This follows President Obama’s announcement earlier this year that his “evolving” position on same-sex marriage now reached the point that he would openly call for same-sex couples to be given the legal right to marry.

The velocity of the Democratic Party’s shift concerning same-sex marriage was on full display on the stage of the 2012 Democratic National Convention, when former President Bill Clinton nominated President Obama for re-election. In 1996, President Clinton signed the Defense of Marriage Act (DOMA) into law after a massive bi-partisan majority in Congress approved the legislation. That act established that the United States government would recognize only the union of a man and a woman as marriage, and that no state would be required to recognize a same-sex union performed in any other state.

On the issue of abortion, the Republican platform states, “we assert the sanctity of human life and affirm that the unborn child has a fundamental individual right to life which cannot be infringed.” The Democratic platform states: “The Democratic Party strongly and unequivocally supports Roe v. Wade and a woman’s right to make decisions regarding her pregnancy, including a safe and legal abortion, regardless of ability to pay. We oppose any and all efforts to weaken or undermine that right.”

The worldview clash could hardly be more dramatic. The Republicans frame the issue in terms of the unborn child’s “fundamental individual right to life.” The Democrats frame the issue as “a woman’s right to make decisions” — including the explicit right to decide to kill the baby in her womb. These are two contradictory moral claims.

One party claims that no abortions should be legal and the other claims that all abortions should be legal. Each party is driven by their own moral logic. The Republicans are driven by the belief that, at every point of development, every individual human being is sacred and has a fundamental right to life. The Democrats are driven by the belief that the woman’s unfettered right to choose an abortion is paramount, and that a woman can demand an abortion at any time for any reason — or for no reason. As their language states, “We oppose any and all efforts to weaken or undermine that right.” The most revealing words there are “any” and “all.”

Both parties hold these positions because they are, in truth, the inevitable consequences of basic worldview assumptions. These assumptions include belief that marriage is essential to human flourishing and cannot be redefined without bringing on human disaster, contrasted with the belief that the liberation of humanity from oppression and prejudice requires the redefinition of marriage. In the background are contradictory assumptions about human sexuality, sexual morality, moral authority, individual autonomy, and the ends to which human beings are to aim their lives.

The assumptions framing the abortion positions of the two parties include the belief that every human life is sacred and to be protected at every point of development contrasted with the belief that a human life takes on greater worth and right to live as the development continues, but is tentative at least until the moment of live birth. The belief that the baby is itself the most urgent moral unit is contrasted with the belief that the woman and her right to control her own reproductive destiny is paramount. Behind these beliefs stand convictions and assumptions about human dignity, the worth of human life, the responsibility of the society to every human life, the purpose and end of human reproduction, and nothing less than the meaning of both life and death.

We are not looking at minor matters of political difference. We are staring into the abyss of comprehensive moral conflict. Christian voters can escape neither the consequences of their vote, nor the fact that our most basic convictions will be revealed in the voting booth come November. Christians cannot face these questions without the knowledge that God is the Giver of life, who made every human life in his image. We cannot consider this election without the knowledge that our Creator has given us the covenant of marriage as the union of one man and one woman as the demonstration of his glory and the promise of human flourishing.

Americans will elect a president in November, but our vote will reveal far more than our political preference. The 2012 election is a worldview exercise of unprecedented contrasts — an unavoidable test of our most basic convictions. The electoral map will reveal more than an election winner. It will reveal who Americans really are and what we really believe.