Marriage in the Dock: The Supreme Court Considers Same-Sex Marriage 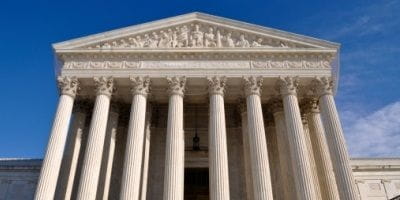 Marriage in the Dock: The Supreme Court Considers Same-Sex Marriage

The next two days are destined to stand among the most significant days in our nation’s constitutional history, but the issues at stake reach far beyond the U.S. Constitution. Nothing less than marriage is in the dock, with the nation’s highest court set to consider two cases that deal with the question of the legalization of same-sex marriage.

The first time the issue of same-sex marriage came before the Court, back in 1972, the Court dismissed the question succinctly: “The appeal is dismissed for want of a substantial federal question.”

But now the Supreme Court is faced with two cases that demand a more substantial response. One case deals with a challenge to the constitutionality of the federal Defense of Marriage Act, and the other addresses Proposition 8, the amendment to the California constitution defining marriage as the union of a man and a woman.

Both cases are significant. Together they represent a monumental set of issues for the justices. The Defense of Marriage Act (DOMA) was passed by huge majorities in both the House of Representatives and the Senate back in 1996. It was then signed into law by President Bill Clinton. DOMA requires the federal government to define marriage exclusively as the union of a man and a woman, and it makes clear that no state is obligated to recognize a same-sex union conducted in any other state. President Obama, whose constitutional responsibility requires him to defend the laws of the United States, has ordered his Attorney General not to defend DOMA in court. It will be defended by attorneys representing the House of Representatives.

Proposition 8 was adopted by voters in California in 2008, effectively reversing a decision by that state’s Supreme Court to legalize same-sex marriage. A federal district court in San Francisco later found Proposition 8 to be unconstitutional and a panel of the Ninth Circuit Court of Appeals sustained that decision. It will now be up to the Supreme Court to decide.

Taken together, these cases threaten nothing less than the redefinition of the most basic and essential institution of human society — any society. Marriage stands at the center of human culture and life, forming the necessary network of relationships upon which society depends. Every society in human history has found its way to the establishment of marriage as the centering institution of all social order. Its exclusively heterosexual character has been challenged only in very recent years and only in a few nations. Now, this institution that has preserved the context for intimacy, procreation, and the raising of children is threatened with a redefinition that would render the state’s conception of marriage at odds with millennia of human wisdom, putting human flourishing at risk.

The very fact that the Supreme Court is considering the question reveals just how far the proponents of same-sex marriage have advanced their cause. The major question now appears to be whether the Court will rule broadly or narrowly on the issues at stake. A finding that DOMA is unconstitutional would lead immediately to a realignment of laws dealing with marriage at the national level and to an avalanche of litigation in the states. Just as urgently, such a decision would put a host of threats to religious liberty into action, threatening the rights of churches, religious institutions, and citizens who are opposed to same-sex marriage on religious grounds.

In the Proposition 8 case, the justices could decide not to rule on the constitutionality of same-sex marriage at all. They could rule that no party has legal standing to appeal the case before the Court, effectively allowing the previous rulings to stand. Such a ruling would limit the scope of the Court’s decision to California. If, however, the Court decides to rule whether same-sex couples have a constitutional right to marry, its decision would be sweeping — in either direction. In this case, the Court would decide if same-sex couples have a fundamental right to marry and if homosexual persons represent a protected class that deserve the status that triggers heightened scrutiny of any laws that might stigmatize them.

If the Court rules on these questions, the impact cannot be limited to the issue of same-sex marriage. The same “heightened scrutiny” and recognition of protected status would extend to virtually every legal corner of American life.

Just four years ago, even most proponents of same-sex marriage thought an appeal to the U.S. Supreme Court would be too dangerous — running the risk of a devastating loss. Now, the movement to legalize same-sex marriage is emboldened by a sense of momentum. Some even claim inevitability for their cause. They have reason for some level of confidence.

A central issue is how the justices of the Supreme Court see their role. In a striking statement, Robert Barnes of The Washington Post wrote of the Court’s “official responsibility as arbiter of the Constitution,” but then went on to describe “it’s unofficial role as interpreter of the nation’s readiness for social change.”

That “unofficial role” is not to be found in the Constitution, but generations of activist judges have asserted this role for the Court. Even some of the justices seem troubled by this kind of judicial supremacy. Justice Ruth Bader Ginsburg, one of the Court’s liberal jurists, has warned that the Court harmed its credibility in 1973 when it handed down the Roe v. Wade decision mandating the legalization of abortion in all fifty states. Ginsburg is an ardent defender of abortion rights, but she felt that the Court terminated a political process that would have led to her desired result. Columbia Law School professor Jamal Greene told The New Yorker that Ginsburg “fundamentally does not believe that large-scale social change should come from the courts.” We shall see.

Justice Anthony Kennedy, widely thought to be a crucial swing vote on this question recently told a group in Sacramento: “A democracy should not be dependent for its major decisions on what nine unelected people from a narrow legal background have to say.” Nevertheless, it was Kennedy who wrote the sweeping decision for gay rights in the 2003 case, Lawrence v. Texas.

From the Court’s conservative wing, Justice Antonin Scalia has commented: “It is one of the unhappy incidents of the federal system that a self-righteous Supreme Court, acting on its Members’ personal view of what would make a ‘more perfect union’ … can impose its own favored social and economic dispositions nationwide.”

No one knows yet how the Court will decide these cases. But this much is clear — the future of marriage in our society is very much at stake. We can hope and pray that the justices will protect marriage and honor its historic reality, but there is reason to believe that huge challenges will face us in the aftermath of the Court’s rulings.

For Christians, the issue of marriage is not merely a legal or constitutional issue. The Bible reveals marriage to be the sacred union of a man and a woman for a lifetime. The goods of marriage are revealed to be intimacy, union, companionship, friendship, procreation, children, and a host of related gifts. Christians must see marriage as essential for human flourishing and not open for human negotiation.

The U.S. Supreme Court may well decide the future of marriage as a legal institution, but the church must hold to marriage as far more, but not less than, a legal reality. Marriage is one of God’s most gracious gifts to humanity. It will be the Church’s responsibility to honor marriage, no matter what the Court may decide.