Letter from Berlin: The Lessons of History and the Heresy of Racial Superiority 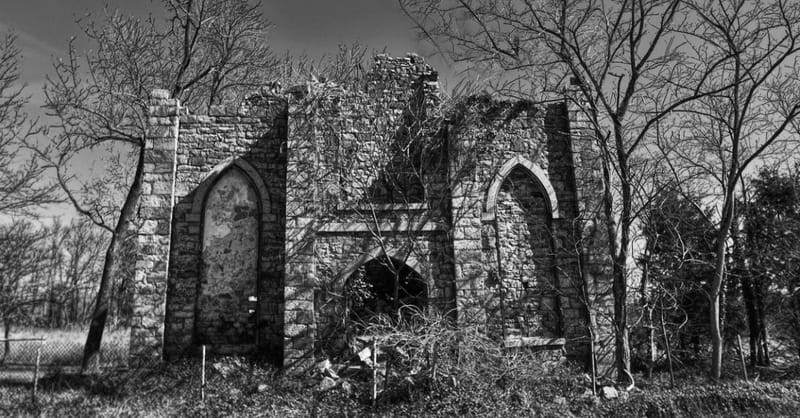 Letter from Berlin: The Lessons of History and the Heresy of Racial Superiority

To the Christians of the United States:

As I write, I am looking at the modern city of Berlin on a beautiful Sunday. The parks and streets are filled with people, the churches far less so. Berlin is now a hyper-modern metropolis, with relatively few older buildings in the central city. Modernity is celebrated here, and Berlin is now the capital of a united and democratic Germany.

As its citizens will proudly tell you, Berlin’s federal buildings advertise modernity and openness. Even the old Reichstag building, now home to the Bundestag, Germany’s elected parliament, features a giant glass dome, glistening in its modern lines. The message is clear — this is a new Germany.

The destruction of World War II explains the relative lack of older buildings in Berlin. Much of the city was flattened by Allied bombing raids once Nazi Germany made clear that no surrender would come until the city was taken. The relatively few buildings in central Berlin that survived the Allied bombs had to face Soviet tanks. The evidence can still be seen.

Berlin is a city of ghosts. Outside my window now I see the Kaiser Wilhelm Memorial Church; its famous steeple tower left broken and merely the ruins of the massive church remaining. There is a new modernist church building there now, sitting alongside the ruins of the old. There has been no king or emperor in Germany since Kaiser Wilhelm II abdicated at the end of World War I, bringing an end to the Hohenzollern dynasty, but the ghosts of Prussian militarism still haunt the German memory.

Nazi ghosts also haunt the city, and will so long as human beings retain memory. This was the city of Nazi parades, thousands upon thousands of Nazi flags, Nazi salutes and the idolatrous ideologies of genocide and national destiny.

Most infamously, this was the city of Adolf Hitler and his demonic dreams. This city was to be the eternal capital of the Third Reich, with Hitler’s architect drawing plans for Welthauptstadt Germania,  featuring a Volkshalle that was to be crowned by a dome sixteen times the size of St. Peter’s Basilica in Rome. Instead, Berlin has done everything possible to sweep Adolf Hitler and the Nazi regime from its visible memory. This is not done dishonestly. The motivation is to prevent any possible celebration of Hitler or Naziism. Just last week, some foreign tourists were arrested for posing in a Nazi salute in Berlin. This is a city that advertises its tolerance of just about any lifestyle. But for the Nazi salute — no tolerance. Berlin is determined that the ghosts of the Nazis do not reappear in neo-Nazis.

Imagine, then, how the news from Charlottesville, Virginia breaks in Berlin. A demonstration billed as an effort to “Unite the Right” leads to counter protests and violence. Among those who attended the demonstration on Friday night were self-identified neo-Nazis and white supremacists. Photos quickly appeared in Berlin, showing protesters in Charlottesville, Virginia — in the United States of America — offering the raised arm of the Nazi salute.

Germany is all too aware of where claims of racial superiority lead. Just today, in the service of the Kaiser Wilhelm Church, a martyr of the Confessing Church was remembered. Pastor Werner Sylton was a Lutheran pastor, but he was from a Jewish family. He is believed to have saved more than 1,000 Jewish converts to Christianity by helping them escape to other nations. He was arrested by the Gestapo, sent to Dachau, and eventually murdered by gas in 1942.

As Berlin awoke this morning to photos of Hitler salutes in Virginia,  there was news of a car driven into a crowd protesting against white supremacy, of one woman killed in the attack, and of two law enforcement officers killed in a helicopter crash. This is America?

Those claims of racial superiority led straight to the extermination camps. Just days ago I passed the shores of beautiful Wannsee Lake outside of Berlin. It was at an estate there on the shores of this peaceful lake that the Nazi regime committed itself to the “Final Solution of the Jewish Problem” on January 20, 1942. Millions of human beings, the vast majority of them Jews, would vanish into the gas chambers and crematoria of the death camps.

Just remember names like Auschwitz, Treblinka, and Sobibor. The list goes on. The ghosts of history are never far. It was belief in racial superiority–the superiority of an Aryan race–that drove the Nazis to adopt the “Final Solution.” Just ask a resident of today’s Berlin. They know. They cannot not know.

Even a secular observer can see the lessons of history from Berlin. The evidence is pervasive, irrefutable, terrifying, and still visible.

But Christians must see much more than the lessons of history, though we dare not miss them. We must see claims of racial superiority–and mainly that means claims of white superiority–as heresy.

That is not a word we use casually. Heresy leads to a denial of the gospel of Jesus Christ, the eclipse of the living God as revealed in the Bible. A claim of white superiority is not merely wrong, and not merely deadly. It is a denial of the glory of God in creating humanity—every single human being–in his own image. It is a rejection of God’s glory in creating a humanity of different skin pigmentation. It is a misconstrual of God’s judgment and glory in creating different ethnicities.

Most urgently, it is a rejection of the gospel of Christ–the great good news of God’s saving purpose in the atonement accomplished by Christ. A claim of racial superiority denies our common humanity, our common sinfulness, our common salvation through faith in Christ, and God’s purpose to create a common new humanity in Christ.

You cannot preach the gospel of Jesus Christ and hold to any notion of racial superiority. It is impossible.

Berlin is filled with its ghosts. Just 56 years ago today–today–the Berlin Wall went up. The broken tower of the Kaiser Wilhelm Church stares me in the face. The lessons of history are everywhere.

America has yet to deal with the lessons of our own history. We have never been utterly conquered so that we had to. The lessons of slavery and Jim Crow segregation–all predicated on claims of white supremacy–have yet to be fully learned or even fully acknowledged. Our walls are not made of concrete and barbed wire, but they remain walls. Our churches have sometimes defended those walls, to our everlasting shame.

American Christians are fully accountable to the lessons of history, and we have our own hard reckoning to do. But we are far more accountable to the gospel of Jesus Christ. In Ephesians 2:13-15, Paul tells us: “But now in Christ Jesus you who once were far off have been brought near by the blood of Christ. For he himself is our peace, who has made us both one and has broken down in his flesh the dividing wall of hostility by abolishing the law of commandments expressed in ordinances, that he might create in himself one new man in place of the two, so making peace.”

Paul does not merely admit this to be true–that God is creating “one new man” as a new humanity in Christ–hecelebrates this truth as central to Christ’s gospel. If we do not celebrate this truth, we have not tasted the salvation accomplished by Christ.

Seen from Berlin, the news from Charlottesville is alarming. Seen as a Christian, the images are heartbreaking. The ideology of racial superiority is an evil anti-gospel that leads to eternal death.