'In this World You Will Have Trouble' — Welcome to Rowan County 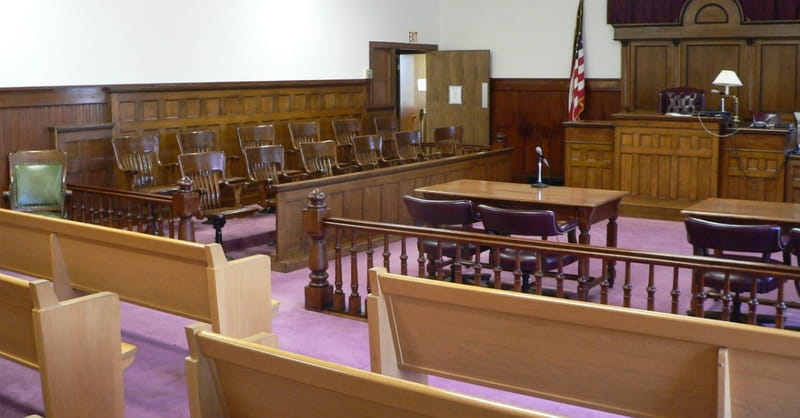 'In this World You Will Have Trouble' — Welcome to Rowan County

The Commonwealth of Kentucky is now the setting for a dramatic display of judicial arrogance, even as the larger story points to the sweeping moral change that is transforming the nation’s landscape. Today, U.S. District Judge David Bunning ordered Kim Davis, County Clerk of Rowan County, to go to jail for refusing to obey an order of his court requiring Mrs. Davis to issue marriage licenses to same-sex couples.

Actually, Mrs. Davis has refused to issue any marriage licenses since the U.S. Supreme Court handed down its Obergefell decision legalizing same-sex marriage back in June. She stated that her Christian convictions would not allow her to issue a license for a marriage she did not believe was legitimate. Over the last several weeks, the County Clerk found herself summoned before judges, including the judge who sent her to jail. She had appealed her cause to the U.S. Supreme Court, which denied her request for a stay of the District Court’s order.

In court today, Judge Bunning told Davis: “The court cannot condone the willful disobedience of its lawfully issued order.” He continued by arguing that “if you give people the opportunity to choose which orders they follow, that’s what potentially causes problems.”

Well, Judge Bunning has now caused a real problem of his own. With lesser sanctions at his disposal, he sent a county clerk to jail and put her right in the center of the nation’s attention. He explained that he did not think that fines alone would change her mind. Does he really think that sitting in jail is more likely to convince her?

As Mrs. Davis and her attorneys have made clear, she has been willing for her name to be removed from marriage licenses in Rowan County, but she is not willing to put her name on those licenses so long as that would require her approval of same-sex marriages. But Judge Bunning made clear that he would be satisfied only when Mrs. Davis either issues marriage licenses in compliance with the Obergefell decision or resigns her office.

Kim Davis surrendered to the U.S. Marshall Service after Judge Bunning handed down his order. Her place of confinement has not yet been announced.

This story, now far larger than would have been imagined just a few weeks ago, points to some of the hardest questions faced by Christians who are determined to be faithful to Christ and to fulfill their responsibilities as citizens. Many of these questions defy a simplistic answer. How are Christians who hold elective office to fulfill that office when the nation’s highest court or those holding higher office rule and legislate contrary to Christian conviction? The same question is quickly extended to those serving in the military, holding appointive office, or even merely working for the government.

Furthermore, though the most pressing challenges in this case are centered in a political office, the same pressures and demands for moral coercion are found in higher education, in the world of business, and even among the Boy Scouts. There is virtually no Christian who will not face these questions at some point, in some way.

The Bible is clear — a Christian cannot act in violation of conscience without committing sin. Kim Davis has been clear, even as her own marital background has been discussed, that her conversion and Christian beliefs do not allow her to sanction what the Bible declares to be sin.

At the same time, the Christian church has long struggled to understand how Christian faithfulness is translated into faithful decisions in any number of political and legal situations. How would a faithful congregation advise Mrs. Davis to fulfill her Christian commitment? Should she remain in office and refuse to issue marriage licenses? Should she resign her office? Exhausting appeals to a higher court, should she now obey Judge Bunning’s order? Should she defy that order and go to jail?

There is no automatically right answer to these questions. Each can be rooted in Christian moral argument, and any one of these options might be argued as right under the circumstances.

Kim Davis was within her rights as a citizen of the United States and as an official who had pledged to uphold the U.S. Constitution to appeal her case and make her argument all the way to the Supreme Court. The hardest questions come now that her appeal was turned back.

The Bible clearly commands that Christians respect the rightful authority of civil governments, understanding that the institution of human government is itself a part of God’s design. At the same time, the rightful power of government is not absolute. The Apostle Paul tells us to obey the government but Daniel and his friends were right to refuse to bow the knee to King Nebuchadnezzar. When is the Christian to obey and when must the Christian not obey government?

It is very revealing that many of those who are celebrating Judge Bunning’s decision to send Kim Davis to jail and who are now asserting their absolute commitment to the rule of law are the very same people who made the opposite argument when it served their purposes. That argument, taken at face value, would have meant no civil rights movement — and no gay rights movement.

Furthermore, it would have meant no American Revolution. If the Christian responsibility to obey government is extended without the support of other Christian duties, all that is left is tyranny and obeisance to the state.

The Apostles Peter and John told the Sanhedrin, “We must obey God rather than men” [Acts 5:29]. Martin Luther testified before the Emperor of the Holy Roman Empire as he was on trial for his life: “My conscience is captive to the Word of God. I cannot and I will not recant anything for to go against conscience is neither right nor safe, God help me.”

During the Reformation, both Martin Luther and John Calvin affirmed what was later defined as the “doctrine of lesser magistrates” which held that the tyrannical dictates of a higher authority could be defied by a lesser government authority who acted on conscience in defense of what is right. Lutheranism even added this doctrine to its confessional basis in the Magdeburg Confession (1550). Many Anabaptists went even further, arguing that no Christian could faithfully hold government office.

There is no easy way out of these questions. Add democratic self-government to the mix and the questions only get more difficult and perplexing.

In the case of Kim Davis, the hardest questions for the Christian conscience come after she had lost her appeal to the U.S. Supreme Court. At this point, she has few options. Judge Bunning had his own options, and he opted to send Kim Davis to jail. That, at the very least, is an act of judicial overreach that is more of a political statement than a judicial act.

What are government officials now to do? This story centers on a County Clerk in Kentucky, but the questions will eventually extend to any office holder, anyone wearing the uniform of the United States military, and virtually any government employee. The same pressures will come on anyone teaching on a secular college campus and anyone working for a Fortune 500 corporation.

But the hardest question in this case has to do with the fact that Kim Davis holds a constitutional office that now requires her, according to the federal courts, to do what she believes she cannot do in good conscience. Anyone who sees this case in simplistic terms simply doesn’t understand the issues. Christians of good conscience may answer these questions in different ways. In a fallen world, some questions seem to grow only more vexing.

Without doubt, the legalization of same-sex marriage will mean especially hard questions for Christians who hold government office — and especially those offices that deal most regularly with marriage.

How this story ends is still unclear. Will Kim Davis remain in jail? Will the Kentucky legislature eventually remove her from office? Will some other accommodation be found?

What this story reveals beyond the headlines is that the moral revolution on marriage and human sexuality will leave nothing as it was before. No area of life will be untouched, and no address will be far removed from the front lines of the revolution. This story comes from Rowan County, Kentucky. A County Clerk is headed for jail. A legion of Christians struggles to be faithful in their own situations, responsibilities, and callings.

Jesus told his disciples: “In this world you will have trouble” (John 16:33). Welcome to Rowan County.