Here We Stand: Commemorating the 500th Anniversary of the Reformation 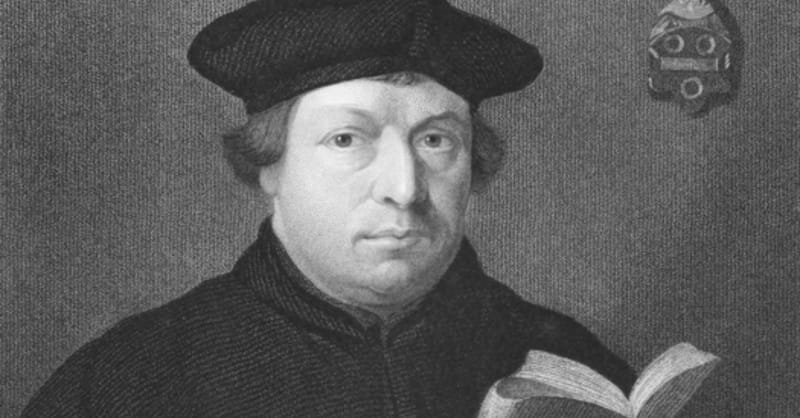 Here We Stand: Commemorating the 500th Anniversary of the Reformation

Martin Luther’s great moment of theological clarification came at the climax of a command performance. Facing the threat of martyrdom and execution, Luther appeared on trial at the Diet of Worms before the Emperor of the Holy Roman Empire. Asked on what authority he dared to defy the Pope and the magisterium of the Roman Catholic Church, Luther famously replied:

“Unless I am convinced by the testimony of the Holy Scriptures or by evident reason-for I can believe neither pope nor councils alone, as it is clear that they have erred repeatedly and contradicted themselves–I consider myself convicted by the testimony of Holy Scripture, which is my basis; my conscience is captive to the Word of God. Thus I cannot and will not recant, because acting against one’s conscience is neither safe nor sound. God help me. Amen.”

To those words were added: “Here I stand. I cannot do otherwise. God help me.”

The Diet of Worms was held in 1521. At the conclusion of his defense, Luther simply said, “I am finished.” There was good reason to believe that he was quite finished. He would be excommunicated from the church and he would live with the threat of martyrdom for the rest of his life. But now, 500 years after Luther nailed his famous 95 Theses to the door of the castle church in Wittenberg, the faith of the Reformation is still very much alive.

The same is true of each of the Solas now formally associated with the Reformation. Faith alone, Grace alone, Christ alone, Scripture alone, and to the Glory of God alone.

Now, 500 years after the Reformation was begun, Evangelical Christians rightly celebrate this anniversary of our Reformation faith. But commemoration isn’t enough.

The most visible evidence of this transformation is the vast revolution in morality – especially sexual morality – that has redefined even the most basic of all human relationships and ethical expectations. There is also the tragic witness of empty churches and the emergence of a post-Christian culture, particularly in much of Europe.

Meanwhile, within institutional Christianity, theological reform looks ever more necessary. Across the larger theological landscape, evangelicals see the desert of theological liberalism and the debris of doctrinal compromise. The so-called “mainline” Protestant churches – the most direct institutional heirs of the Reformation – abandoned the faith. Then their members abandoned the churches.

A look across the landscape of American popular religion is equally disheartening. Prosperity theology and a false gospel devoid of Christ and his cross spread like an infection. The great American heresy – pragmatism – is always close at hand.

First, we stand for the faith once for all delivered to the saints. This means that we do not date our faith to 1517, but to Christ and the Apostles. We stand in that faith that Christ taught his Church, and continues to teach through the Holy Scriptures. This is the faith that the true church has believed, confessed, and taught from the time of the New Testament until today.

Second, we stand for the faith reaffirmed in the Reformation. The Solas are central to this reaffirmation. Each was controversial in the sixteenth century – controversial enough to divide Christendom – and each is even more controversial today.

Faith alone puts the lie to every pretense of the sinner’s contribution to the salvation achieved and accomplished by Christ.

Grace alone reminds the church that the mercy of God is the solitary explanation for the salvation of even a single sinner.

Christ alone points to the atonement accomplished through the singular and sufficient obedience of Christ in his sinless life, his substitutionary death on the cross, and his resurrection by the Father on the third day. We are saved by the merits of Christ, alone.

Scripture alone affirms the sole, final authority of the written Word of God. As B. B. Warfield would explain a century ago, this means embracing the “Church Doctrine of Scripture,” including all of its perfections. We take our stand on the plenary verbal inspiration of the Bible, it’s infallibility, inerrancy, sufficiency, and final authority. The Bible is central to our entire curriculum.

To the glory of God alone means that the church seeks no glory for itself, but exults in the infinite glory of God alone. The very “theology of glory” that Luther warned against is what millions of people see in any church that seeks to display its own glory.

This means that our first responsibility is to teach those who will preach the Word of God to local churches. That is incredibly clarifying. We don’t have to wake up every morning trying to remember what we are supposed to do, or why Southern Seminary exists. While so many other seminaries are redefining their purpose away from the pastorate, we maintain that first priority of grounding preachers in the Bible and in theological studies in order that they will be faithful preachers and pastors of the flock of God.

Fourth, we stand on confessional fidelity as our hallmark. The Reformers understood what the church has learned through centuries of preaching and teaching, praying and singing: The faith once delivered to the saints must be expressed and defined and defended in confessional form. The necessity of creeds and confessions is learned anew, often painfully, by every generation of Christians. We must define what we believe and what we teach, and what we expect any professor at Southern Seminary and Boyce College to teach. Every professor must gladly agree to teach “in accordance with and not contrary to” the Abstract of Principles and the Baptist Faith and Message. We have learned over the last three decades just how important this commitment truly is. That is a lesson that must never be lost.

Fifth, we stand for the totality of the Christian worldview. At Boyce College and Southern Seminary, we affirm what the Reformers also affirmed – that the Bible presents a comprehensive view of the world. The Reformers would not have know the word worldview, but they taught it nonetheless. The Reformation would give birth to revolutions in politics, science, and culture and would influence the development of every arena of human knowledge and civilization. This is no accident. Nor is it accidental that this school seeks to equip a rising generation with the most crucial skills in worldview analysis and thinking.

Sixth, we stand on the Great Commission. This is the mandate to make Christ known among the nations. To know Christ is to obey his commandments, and this means taking the Gospel to the ends of the earth. Christ alone reminds us of the truth that the gospel of Christ is the only saving message, and it is our responsibility to preach the gospel to the nations. There are now more students preparing for missions through Southern Seminary and Boyce College than in any previous generation.

Seventh, we stand on the centrality of the local church in the purposes of God. Our great privilege is to serve the church – and that means local churches. We hold the highest academic accreditations known to higher education in America, but our ultimate accreditation comes from the church of the Lord Jesus Christ, as is affirmed in the confidence that those congregations place in us and in our graduates.

Eighth, we stand for a continuing reformation. Christ’s church will remain in need of a continuing reformation until He comes. But here we must be very careful. More liberal churches claim to embrace the Reformation call of Semper Reformanda – as the church always being reformed. This can open the door to doctrinal revisionism and liberalism in the name of reformation. The true churches of the Reformation, however, understood that the right call was for a church always reformed by the Word of God.

That is the Reformation we celebrate, and that is the continuing reformation we seek and serve. Here, we take our stand. We cannot do otherwise. God help us.