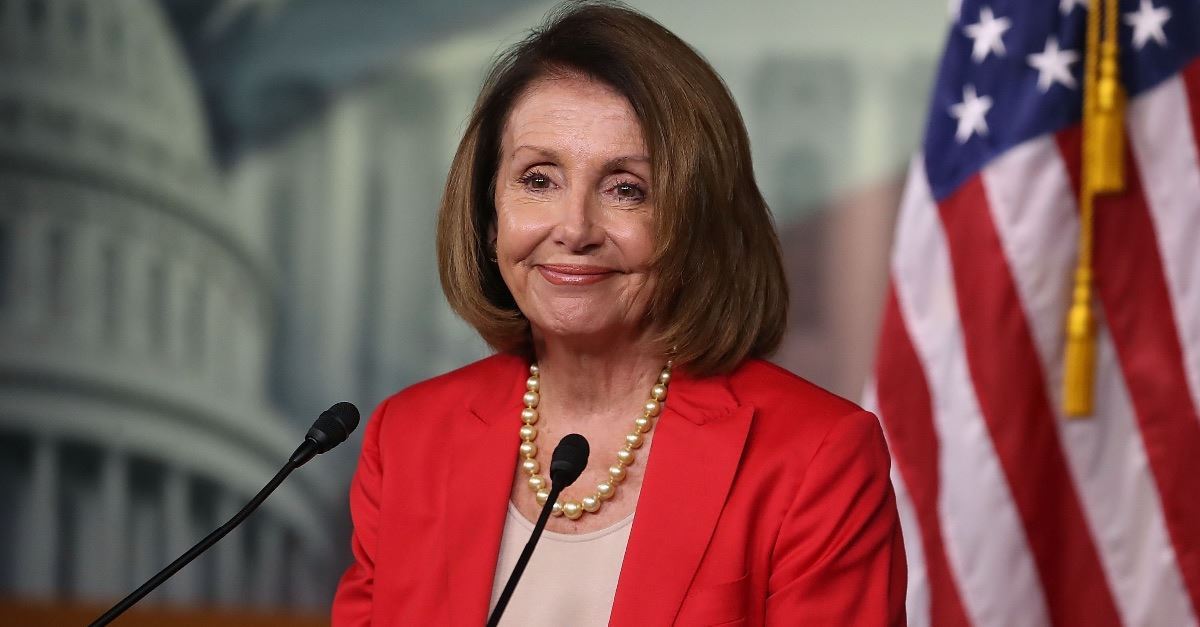 With the midterm elections less than a week away, Nancy Pelosi is making big promises to the LGBT community about the Democratic agenda if they retake the House of Representatives.

Pelosi recently told the John F. Kennedy School of Government at Harvard that the Equality Act will be one of her top priorities. The Equality Act would add sexual orientation and gender identity to the list of classes protected by the 1964 Civil Rights Act, which already includes race, color, religion, sex, and national origin. The law also bans gender discrimination in shops, healthcare, loans, housing, and jury discrimination.

The most controversial aspect of the bill prevents employers and retailers from withholding services based on the 1993 Religious Freedom Restoration Act. RFRA, introduced by late Massachusetts Senator Ted Kennedy, approved by all but three Senators, and signed by President Bill Clinton, protected religious Americans from government intrusion into their religious practices.

A recent spate of Supreme Court cases protected not only individuals but also businesses. This summer the Supreme Court ruled in favor of Masterpiece Cakeshop after they were fined for not baking a cake for a same-sex wedding. The court found that the Colorado Civil Rights Commission was hostile to the owner’s religious beliefs. Hobby Lobby won a victory before the court in 2014 it ruled they did not have to provide contraceptive coverage to their employees because it violated their religious beliefs.

Pelosi’s spokesman Drew Hammill told The News Tribune that the Equality Act would receive “a place of honor” in the new Congress. This would be accomplished by giving the bill a low number so it will be introduced near the beginning of the session.

The bill’s passage would set up a showdown with President Trump and what observers believe will be a Republican-controlled Senate. The Senate version of the bill has 47 sponsors, none of whom are Republican. During his two years in office, President Trump pulled back on the Obama administration’s efforts to advance the LGBT agenda. He rescinded regulations on how schools deal with transgender students, sought to ban transgender people from military, and is considering language that would define gender by a person’s biological sex at birth.

Mary Beth Wadell, who serves as a senior legal analyst for the Family Research Council, voiced her concerns about the philosophical and ethical views the bill would introduce into the nation’s laws. "The current law in civil rights and the protected classes are inborn and unchangeable characteristics like race, ethnicity, national origin, age, sex, etc., and religion, which is expressly protected under the constitution. What the Equality Act does is it turns it on its head and allow the government to impose a belief system about sexual decisions and sexual behaviors on the nation."

198 Representatives, 196 Democrats and 2 Republicans, have signed on as co-sponsors of the Equality Act.