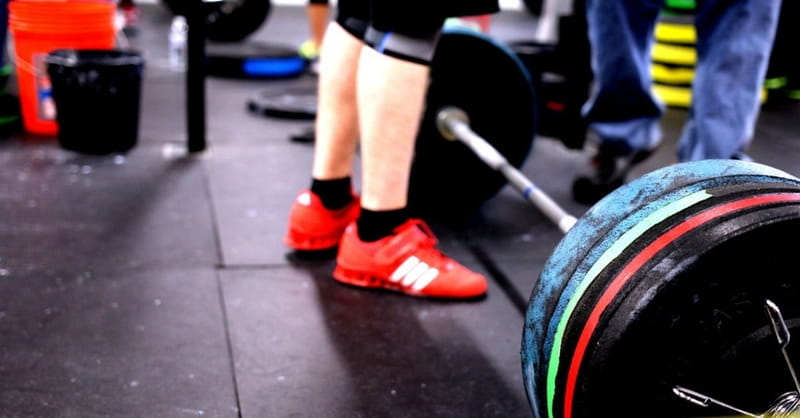 The controversy ensued after CrossFit Infiltrate’s management canceled a workout several coaches planned in support of Pride month. In an email to the gym’s members, they explained, “the owners of the gym value health and wellness, and they believe that this event does not.”

Members and coaches expressed outrage at the decision and one of them reached out to them for further explanation. “Our underlying goal for the staff and members at CrossFit Infiltrate and our other gyms CrossFit White River and University Ave CrossFit, is total health and well-being for the individual and the community. Total health involves the body, the emotions, relationships, and the spirit. At the foundational detractor from health, as we believe God sets the parameters for, is pride. We believe that true health forever can only be found within humility, not pride. Humility is seeing oneself as they truly are, and as God truly defines them to be. As a business we will choose to deploy our resources towards those efforts and causes that line up with our own values and beliefs.”

This led to many members, coaches, and staff quitting the gym. A reporter with WRTV in Indianapolis went to the gym Wednesday and a sign on the door read, “CrossFit Infiltrate has decided that it will no longer operate its business at this location.”

The firing of Berger, one of the company’s spokespeople, came after a series of deleted tweets in which he celebrated CrossFit Infiltrate’s decision to cancel the Pride month event. He said, “Thank you #CrossFitInfiltrate for standing by your convictions and refusing to celebrate sin by hosting an @indypride workout. The intolerance of the LGBTQ ideology toward any alternative views is mind-blowing. #CrossFit”

Later, Berger followed up the tweet with more thoughts on the controversy. “The tactics of some in the LGBTQ movement towards dissent is an existential threat to freedom of expression. The lack of tolerance for disagreement, which has been replaced with bullying Twitter mobs promising “consequences,” should be a concern regardless of your political stance. Finally, he said, “As someone who personally believes celebrating “pride” is a sin, I’d like to personally encourage #CrossFitInfiltrate for standing by their convictions and refusing to host an @indypride workout. The intolerance of the LGBTQ ideology toward any alternative views is mind-blowing.”

BuzzFeed News reached out to Crossfit Founder and CEO Greg Glassman. He told them that he found Berger’s views appalling and added, “I am crazy proud of the gay community in CrossFit.” After saying Berger should “shut up” in a crass way, he reiterated his stance on Berger’s tweets. “We do so much good work with such pure hearts — to have some zealot in his off-time do something this stupid, we’re all upset. The whole company is upset. This changes his standing with us. What that looks like, I don’t know. It’s so unfortunate.”

Berger, who lives in Huntsville, AL and says he serves as pastor of a church there, released a statement after his firing and expressed regret, not at his conviction, but for the trouble he caused his coworkers. “Until my termination yesterday, I was CrossFit’s Chief Knowledge Officer. My comments where (sic) imprudent, and I drug my company in a difficult position, which I deeply regret, especially considering I was not directly asked to weigh in on the subject that inspired my comments. I am particularly saddened for my employer and coworkers, who do incredible and life-changing work for millions of people, and are now forced to respond with their time and resources to this ordeal.”

Joe Carter, writing at The Gospel Coalition, reflected on the message Berger’s firing sends to Christians who hold historic views on marriage and sexuality. “For companies like CrossFit, the beliefs and views of orthodox Christians are also “beyond the pale.” In their view, it would be as harmful to “tolerate” us as it would be to tolerate neo-Nazis.” Carter argued that LGBT activists want to snuff out all opposition to their celebration of all forms of sexuality. “The activists suspect that some of us still believe certain sexual behaviors are “sinful” and want to expose this intolerable bigotry. If we won’t join them in marching in a gay pride parade, they will march us out beyond the pale.”