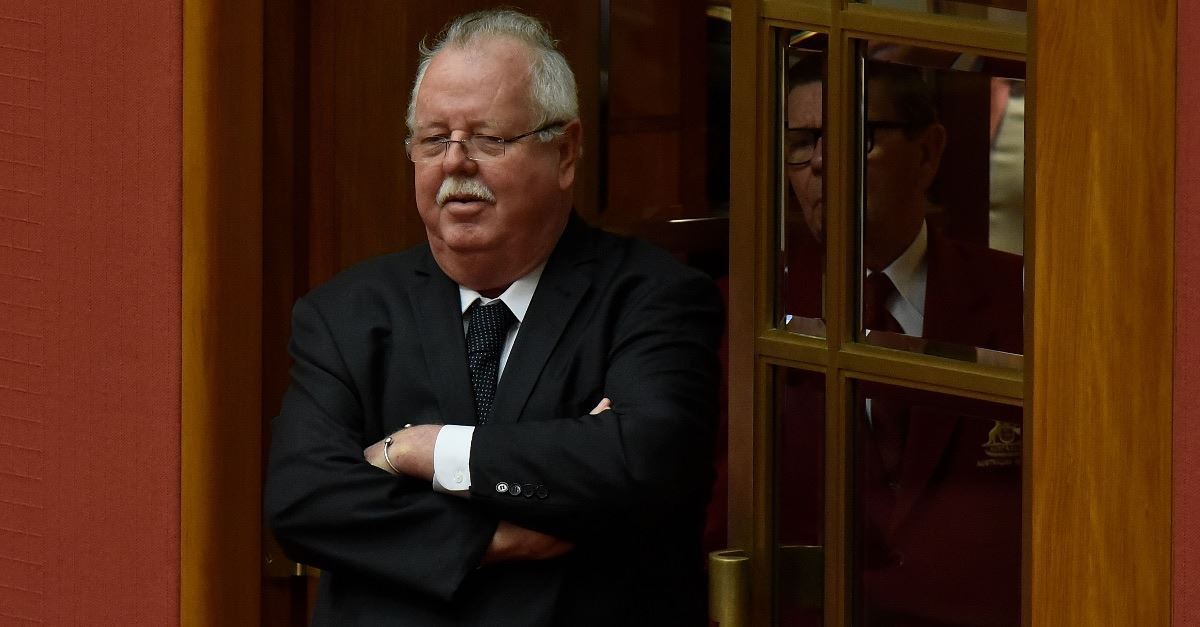 A pro-life male member of Australia’s Senate discovered a unique way this week to rebut a common argument by pro-choice politicians: He declared himself to be a woman.

Sen. Barry O'Sullivan had been asserting that it is wrong for pro-choicers to say pro-lifers shouldn’t protest near abortion clinics when those same pro-choicers protest at pro-life events. O'Sullivan made a motion on Monday that pro-choicers be banned from Day of the Unborn Child observations. (It failed.)

That’s when Australian Greens' Sen. Larissa Waters told O'Sullivan that he shouldn’t speak about abortion because he’s a man.

“Senator O'Sullivan needs to get his hands and his rosaries off my ovaries and those of the 10,000 Queensland women who have an abortion each year,” Waters told the Senate, according to 9 News.

O’Sullivan, though, didn’t back down, and on Wednesday took to the floor to respond.

“These people come and attack me for my religious basis the other day, using words like rosary beads, because I had the audacity to raise issues around late-term abortions where babies that are only minutes away from getting a smack on the arse and a name are being aborted under the policies of the Australian Greens,” he said, according to BuzzFeed.

He then made his declaration.

“I’m going to declare my gender today as I can to be a woman, and then you’ll no longer be able to attack me,” the 61-year-old politician said tongue-in-cheek, according to LifeSiteNews.

Here's the video of Nationals senator Barry O'Sullivan saying he is declaring his gender "to be a woman" so the left-wing people can no longer "attack" him over his anti-abortion views. pic.twitter.com/YzbOCWp0YC