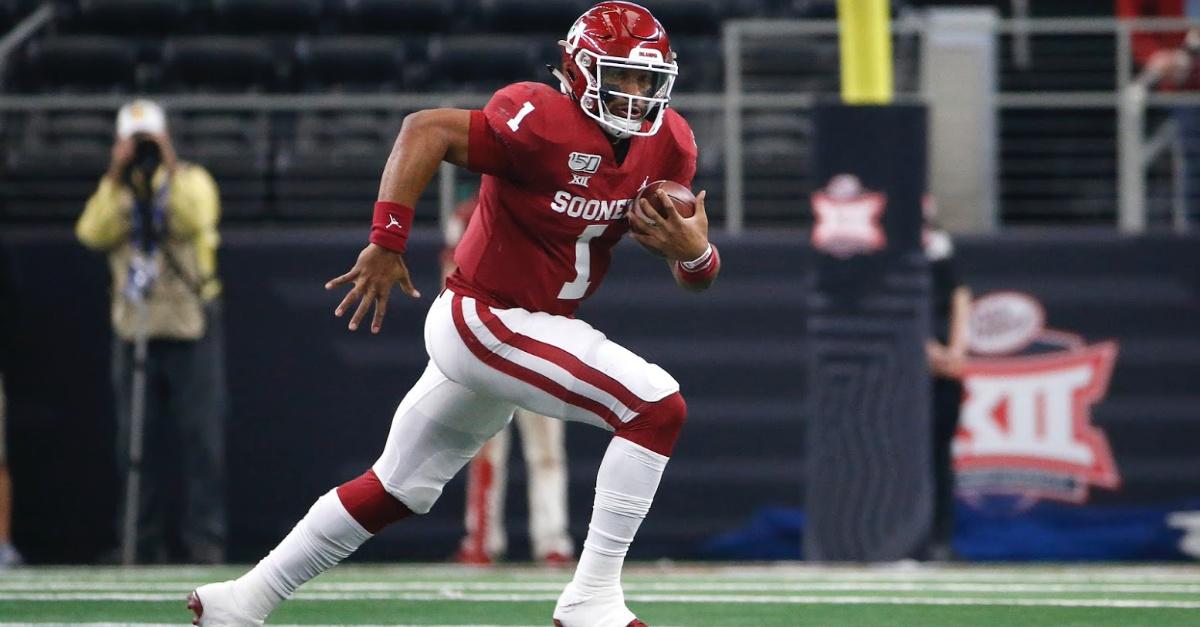 Oklahoma quarterback Jalen Hurts didn’t want to take personal credit for the Sooners’ Big 12 championship season Saturday. Instead, he thanked those around him – his teammates and coaches – and thanked God.

“This is not about me,” he said during a postgame news conference after Oklahoma defeated Baylor in overtime, 30-23. The next day, Oklahoma was selected as one of the four teams for the College Football Playoff.

Hurts is known for his faith. His profile picture includes a graphic reading, “Be who God called you to be.”

His story is unique. He was the starting quarterback for Alabama his first two years there before being benched the final game his sophomore season in favor of his then-backup, Tua Tagovailoa, who threw the game-winning touchdown pass in the national title game against Georgia. Hurts was a backup his junior season but still had a flash of heroics when he came off the bench to help the Crimson Tide win the SEC Championship game against Georgia.

Hurts then transferred to Oklahoma, where he completed 71 percent of his passes this year for 3,634 yards, 32 touchdowns and seven interceptions. A dual-threat quarterback, Hurts also rushed for 1,255 yards. Statistically, it was his best season yet.

Hurts, on Saturday, acknowledged it’s been a wild journey.

“I told [Oklahoma Coach Alex] Grinch after this game just how crazy it is,” Hurts said, referencing starting “as a true freshman” for Alabama’s Nick Saban and then winning SEC championships and a national title for the Tide before transferring to Oklahoma.

Hurts said if someone had told him during his freshman year at Alabama that he’d win a Big 12 championship as a senior at Oklahoma, “I'd have thought he was lying.”

“But God works in mysterious ways, and I'm blessed to be here with these guys,” Hurts said.

On Dec. 5, he tweeted a picture of himself kneeling in prayer with the message, “He’s An On Time God!” He often tweets Bible verses, too. When he was a second-team quarterback as a junior at Alabama, he posted a message reading, “Jesus replied, ‘You do not realize now what I am doing, but later you will understand’ - John 13:7. Just let God work his magic.”

Earlier this fall, he told ESPN he wouldn’t change anything about his career. Referencing the day he was benched at Alabama, he said, “That day made me who I am. I wouldn’t change it for the world.”

Oklahoma will play No. 1 LSU in the semifinals.