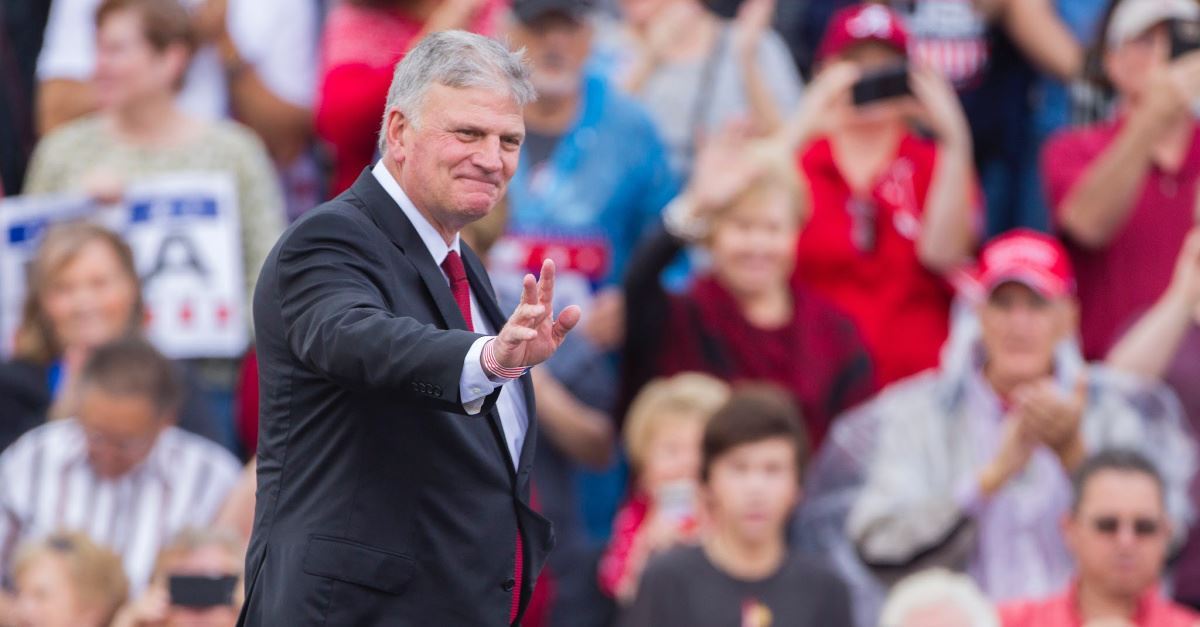 Evangelist Franklin Graham asked his social media followers over the weekend to pray for Chick-fil-A, referencing “concern and criticism” about the company’s charitable giving and upcoming “important decisions” by its executives.

The Foundation will no longer support the Salvation Army or the Fellowship of Christian Athletes – the two organizations that were at the heart of LGBTQ protests of Chick-fil-A in recent years.

“Chick-fil-A has been in the news a lot, and every day it seems there’s a new article about their charitable giving,” Graham wrote on Facebook Saturday. “There has been a lot of concern and criticism, and maybe rightly so. For Christian schools, businesses, and organizations, there is always a danger of drifting to the left. It is my sincere hope that Chick-fil-A will not allow that to happen. With the majority of corporate America caving to the LGBTQ agenda, Chick-fil-A has stood against the tide – with people of faith supporting them all the way.

“What can we do now? I would encourage Christians everywhere to pray for Dan Cathy, his brother Bubba, and the family as they have some important decisions to make. It’s their company, they can do what they want,” Graham wrote, referencing CEO Dan Cathy. “But my prayer is that God will lead and direct them, and that they will continue to honor their late father Truett Cathy’s strong stand for biblical values – all to the glory of God! While Chick-fil-A is one of the few restaurants closed on Sunday to honor God, what if we make today ‘Pray for Chick-fil-A Day?’ Will you join me in praying?”

The post’s tone differed from an earlier Facebook post in which Graham said he had spoken with Dan Cathy and been assured Chick-fil-A hadn’t “changed who they are or what they believe.”

Family Research Council President Tony Perkins has criticized the Chick-fil-A Foundation for funding the Covenant House, which he calls an “organization that, on its website, openly and proudly supports everything about the LGBT community.”

“This isn't about loving and serving the people who identify as LGBT, which the Salvation Army has done – and we're all called to do,” Perkins wrote. “This is about affirming the LGBT identity and the politics that go with it. Those are two very different things. As Christians, we're called to love – not affirm. God didn't celebrate our sin, He loved us enough to save us from it. And that's the difference here.”