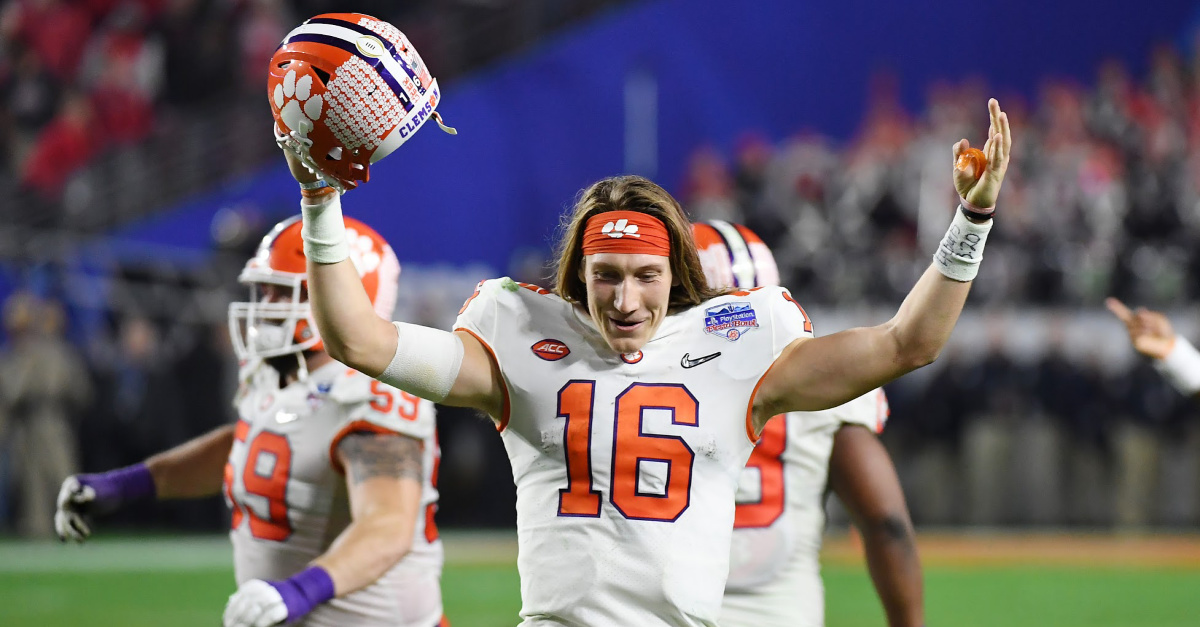 The No. 3 Tigers edged No. 2 Ohio State 29-23 in the Fiesta Bowl thanks in part to Lawrence’s 34-yard touchdown pass to Travis Etienne with 1:49 left.

After the game, Lawrence told a national audience that he relied on a Bible verse – Ephesians 3:20 – written on his left wristband.

“I have Ephesians 3:20 and it says, ‘God can do immeasurably more than any of us can because of Him within us.’ And that’s just so true,” Lawrence said, paraphrasing the verse. “Me, what we did tonight – it ain’t us. It’s about this program and who we are. And just our brand.”

Clemson trailed 23-21 with 3:07 left when Lawrence led the Tigers on a four-play, 94-yard touchdown drive. Asked what he told his teammates before the drive, Lawrence said, “Let’s go win it. We were built for this.”

Lawrence – who finished seventh in this year’s Heisman Trophy voting – is known for his Christian faith. His Twitter bio reads, “Pursuing Him at all costs.” In 2018, he told media members, “I put my identity in what Christ says, who He thinks I am and who I know that He says I am.”

“Football is important to me, obviously, but it is not my life,” he said in 2018. “It is not like the biggest thing in my life. My faith is. That just comes from kind of knowing who I am outside of that. I just know, no matter how big the situation is, it is not really going to define me.”

“Our guys showed what they’re made of,” Swinney said during an ESPN interview. “They’ve got the heart of a champion. They’ve got the eye of the tiger. The favor of God was just with us tonight.”

Swinney ended the interview by saying, “to God be the glory.”

Clemson, the defending national champion, will face No. 1 LSU in the title game Jan. 13.

‘Now I have Jesus’ -- Diamondbacks’ Ahmed Says Faith Has Given Him Peace, Joy

Coach of No. 1 Clemson: My Purpose Is 'to Glorify God'