Is Expressing Anger toward God Ever Justified? 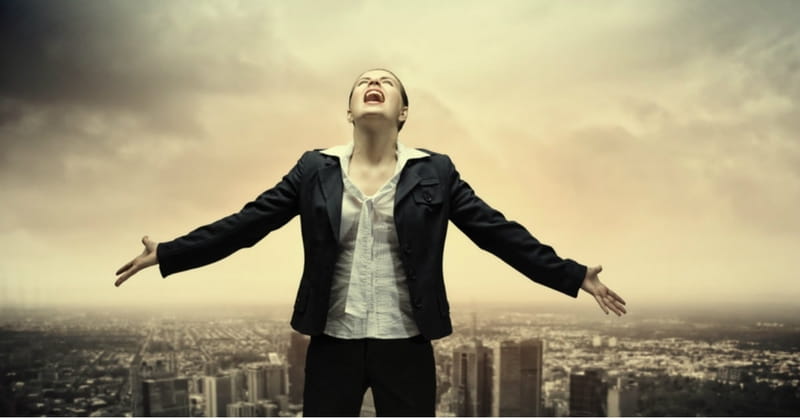 Is Expressing Anger toward God Ever Justified?

Could expressing your anger towards God be good for your spiritual life? Simply put, the answer is yes.

Although mainstream Christian thought apparently condemns anger towards God, anger is a normal human emotion that even Bible heroes have felt, and suppressing that anger can only do harm.

The modern church can view anger at God as sinful. Many Christians are keenly uncomfortable with the idea of telling God they are angry.

Theologian R.C. Sproul says, “We must not come to God in a spirit of complaint or anger against Him, for it is never proper to accuse God of wrongdoing.”

Pastor John Piper agrees: “It is arrogant for finite, sinful creatures to disapprove of God for what he does and permits.”

While Sproul and Piper are right that we are to always have an attitude of faith towards God, they neglect important points.

Anger, doubt, and displeasure are natural human emotions. We experience them whether they are justified or not.

Sometimes, when God allows horrible suffering into our lives, we cannot help becoming hurt, upset…even angry. When that happens, we must express that anger.

Anger will not go away on its own. Sweeping it under the rug will not vanquish it.

Ian Punnett—radio host, Episcopal deacon, and author—discusses the detrimental effects of suppressing anger towards God in his book How to Pray When You’re Pissed at God.

He quotes clinical psychology professor Dr. Julie Exline: “’God might seem far away…a person might not be all that interested in spiritual things or in trying to connect with God. Prayers might become a bit trite and predictable, with no depth of feeling, because there are big issues that are being swept under the rug.”

If we are not honest with God about our feelings, we close ourselves off from fellowship.

By giving voice to our anger, we maintain open communication with God, and we find ourselves in good company.

Punnett lists several Bible characters who expressed anger towards God, including Christ himself. Punnett says that when Jesus cried from the cross, “Why have you forsaken me?” He was quoting from Psalm 22—a psalm which Punnett labels an “angry prayer.”

Punnett claims that at least 17 other psalms could be described as “angry psalms.”

Habakkuk and Job also cried out in anger to God for the suffering He allowed. God did not condone their anger (he rebuked them for their lack of faith), but he did not condemn them for it either.

Job passed his test of faith and came out on the other side with more blessings than before. Habakkuk continued to prophesy and preach. God’s favor was still upon them.

We can and should communicate our anger to God, but we must be carefulhow and why we express it.

What is important, says Punnett, is not that we never “[say] words in anger,” but that we are “able to share our perspective constructively.”

He adds: “Say whatever you have to say…say it as often as you need…to feel as though God is hearing you exactly the way you want to be heard—but also be ready not to live in that place of anger any longer than you have to. The goal is to let go, not hold on harder to your angry feelings. The…ultimate goal of angry prayer is ‘reframing,’ not revenge.”

Whether our feelings are warranted or not, stifling and ignoring them can obstruct our fellowship with God. That is something we cannot risk.

As Punnett says, “There is no wrong way of praying through your anger except not to pray at all.”