4 Things Christians Should Know about the Feast of Tabernacles 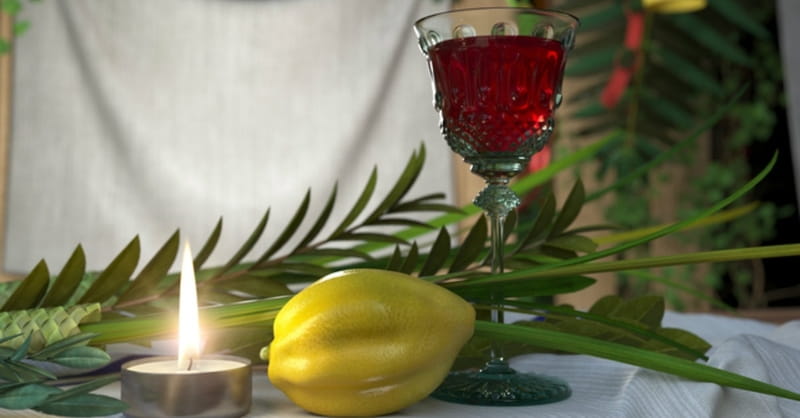 4 Things Christians Should Know about the Feast of Tabernacles

This year as the leaves fall, so do our spirits. After all the hurricanes and floods, after the mass murder in Vegas earlier this week, and with national division still raging on the stage of the NFL, how could they not?

It is timely then, to take a moment to learn about the last of the Jewish high holidays, called the “Season of Our Joy,” which begins at sundown, October 4th this year.

As in previous articles on the Jewish New Year and the Day of Atonement, there are a few things Christians should know about the Feast of Tabernacles.

The Feast of Tabernacles, called Sukkot for “tabernacles” or “booths” in Hebrew, is the most joyful Jewish holiday, and it begins five days after the Day of Atonement.

During the week-long festival, Jews around the world build and dwell in frail huts to commemorate Israel’s years wandering in the wilderness and God’s abundant provision for His people.

In Leviticus 23:34-43, God ordained a feast at the end of harvest. The Israelites were to abstain from regular work on the first and final days, live in booths for the week, and bring daily food offerings.

God’s purpose for the feast was “that your generations may know that I made the people of Israel dwell in booths when I brought them out of the land of Egypt; I am the Lord your God” (Leviticus 23:43).

According to Jews for Jesus, an organization devoted to Jewish evangelization, the three main rituals practiced in ancient times were “the water-drawing and libation ceremony, the illumination of the Temple, and the building of booths.”

The first two occurred at the Temple, and once the Temple was destroyed, those traditions could not be observed. Since then, greater emphasis has been placed on the booths.

Entire volumes of the Talmud have been devoted to specifications on building the temporary shelters.

Jews for Jesus quotes David Brickner, author of Christ in the Feast of Tabernacles, who notes that “these specifications [relating to the sukkah] were to illustrate both the transient natures of the shelter and of our earthly homes.”

Many Jews still celebrate Sukkot by building huts and taking at least some of their meals in them. Decorating the booths with leafy branches, fruits, and artwork is one of the most beloved of Jewish traditions.

Pious Jews also attend synagogue during Sukkot, particularly on the final day, to read Scriptures, pray special prayers, and to make procession around the temple with branches and palm fronds.

Perhaps the most important aspect of the feast for Christians to understand is the meaning behind it.

Sukkot is a season of joy because it reminds the Jewish people of God’s provision for them as they wandered in the desert.

“Sukkot should remind us always of our own frail frames and our utter dependency upon the Lord,” says Jews for Jesus. “The Israelites made booths when they were wandering in the wilderness and by God’s grace survived. Thus, on Sukkot we put ourselves in the shoes of our ancestors…so that we remember anew God’s gracious provision to His people.”

Christians can participate in the spirit of Sukkot by remembering the same truths of their dependence on God and His faithfulness to them.

In fact, Christians should have greater joy than the Jews, because they have accepted God’s ultimate provision in the sacrifice of His Son, Jesus Christ. According to CharismaNews.com, over 6,000 Christians are planning on celebrating Sukkot in Jerusalem, beginning on Friday evening, Oct. 6.

As Brickner writes, “In Yeshua (Jesus), God tabernacled among us. He chose to be born into a less-than-glorious space, where certainly the stars might have peeked through cracks in the roof, the elements might well have invaded. Nevertheless, in that lowly place dwelt the glorious presence of God, the transient and the eternal beautifully coming together in God’s provision and God’s presence.”