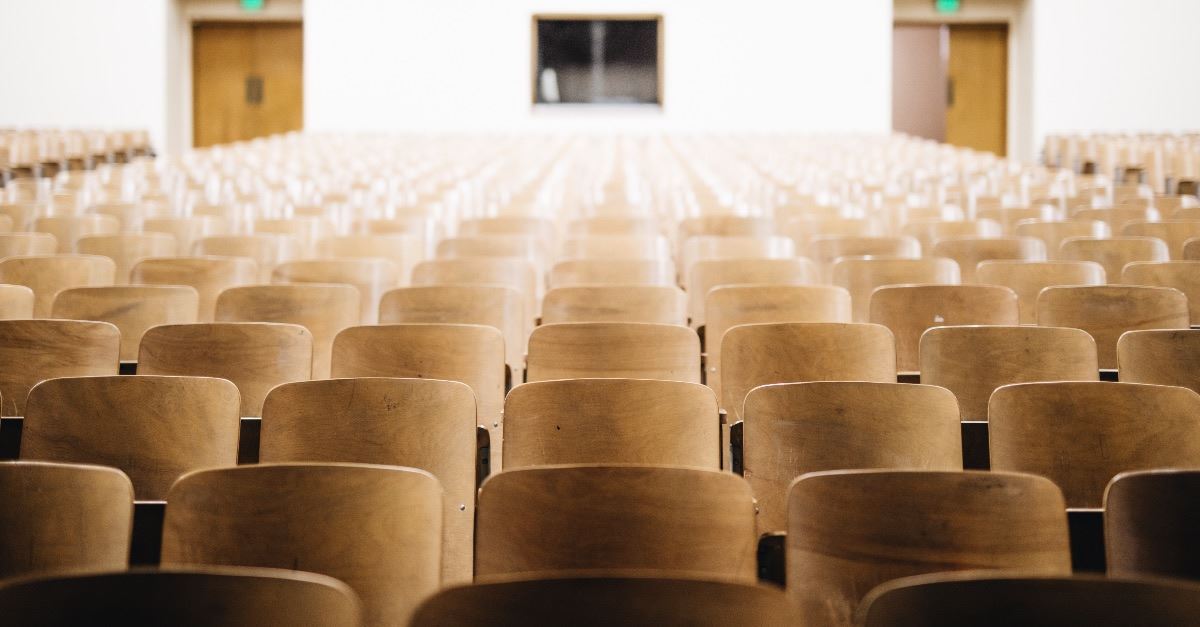 A professor in Ohio has filed suit against his university on the grounds that they violated his freedom of speech and tried to force him to violate his sincerely held religious beliefs.

Nicholas Meriwether, a full professor of political philosophy at Shawnee State University, found himself with hot water with the administration when he refused to call a transgender student by the student’s preferred pronoun.

Meriwether teaches his classes using the Socratic Method, often calling on students to participate in the discussion. When he addresses students, he usually calls them “Mr., Miss, or Mrs.” and responds to questions with “sir” and “ma’am.” He says that he uses “this formal manner of addressing helps them view the academic enterprise as a serious, weighty endeavor.”

On January 9, 2018, Alena Bruening asked Meriwether a question and he responded, “Yes, sir.” Meriwether’s complaint said he responded to Bruening “in this fashion because Bruening is male.” After the class, Bruening, who identifies as a female, approached Meriwether and demanded that he use feminine pronouns and titles in the future.

Meriwether responded that he did not believe he could accommodate the request and did not believe students could dictate a professor’s speech. Bruening responded in anger, using a derogatory term to refer to Meriwether and promising to get him fired.

Meriwether is an evangelical Christian and a member of a congregation affiliated with the Presbyterian Church of America. He holds traditional, evangelical views on gender, believing that God created people male and female and that gender is determined by biology, not identity.

Acting Death of the College of Arts & Sciences, Roberta Milliken, spoke with Meriwether and told him that he should refer to students by their last names only and cease using gender references when calling on students. Meriwether said this violated the serious academic environment he wanted to foster, but would make an accommodation for Bruening, who continued to attend classes, take part in discussions, and received a high grade for the course. Milliken initially agreed with this arrangement before changing her mind.

Milliken later met with Meriwether again and told him he could stop using titles and pronouns altogether or refer to students by their preferred pronouns and titles. She said he would choose one of the two options or face charges of violating the University’s non-discrimination policy.

Meriwether filed a grievance request with the union, believing the university violated his freedom of expression. When he met with a school administrator and representative from the union, the “openly laughed” at his religious beliefs and refused to follow through on his request for a grievance.

He claims another administrator, humanities department chair Jennifer Pauley, mocked him during a 2016 meeting in which they discussed how the Obama administration’s Title IX guidance on transgender students applied to someone with his convictions. Meriwether claims Pauley told him that, “adherents to the Christian religion are primarily motivated out of fear” and that “Christian doctrines regarding hell are harmful and should not be taught and that anyone who believes hell exists should not be allowed to teach these doctrines.” He further claimed that education existed to “liberate students,” but “religion oppresses students.”

The Alliance Defending Freedom represents Meriwether, who is asking the university to change its “vague and overbroad” policy regarding non-discrimination and remove the warning they placed in Meriwether’s personnel file.”

ADG Senior Counsel Travis Barham said “Tolerance is a two-way street,” adding that “Universities are meant to be a marketplace of ideas, no an assembly line for one type of thought, but apparently, Shawnee State has ignored that foundational truth. The university refused to consider any solutions that would respect the freedoms of everyone involved. It instead chose to impose its own orthodoxy on Dr. Meriwether under threat of further punishment if he doesn’t relinquish his rights protected by the First Amendment.”

A spokesperson for the university told The Washington Times that “the school’s legal counsel is currently reviewing Mr. Meriwether’s lawsuit” and reiterated their commitment to non-discrimination. “We value freedom of expression by students, faculty, staff, and visitors on our campus – and provide an educational and work environment that is free from discrimination, retaliation, and harassment.”