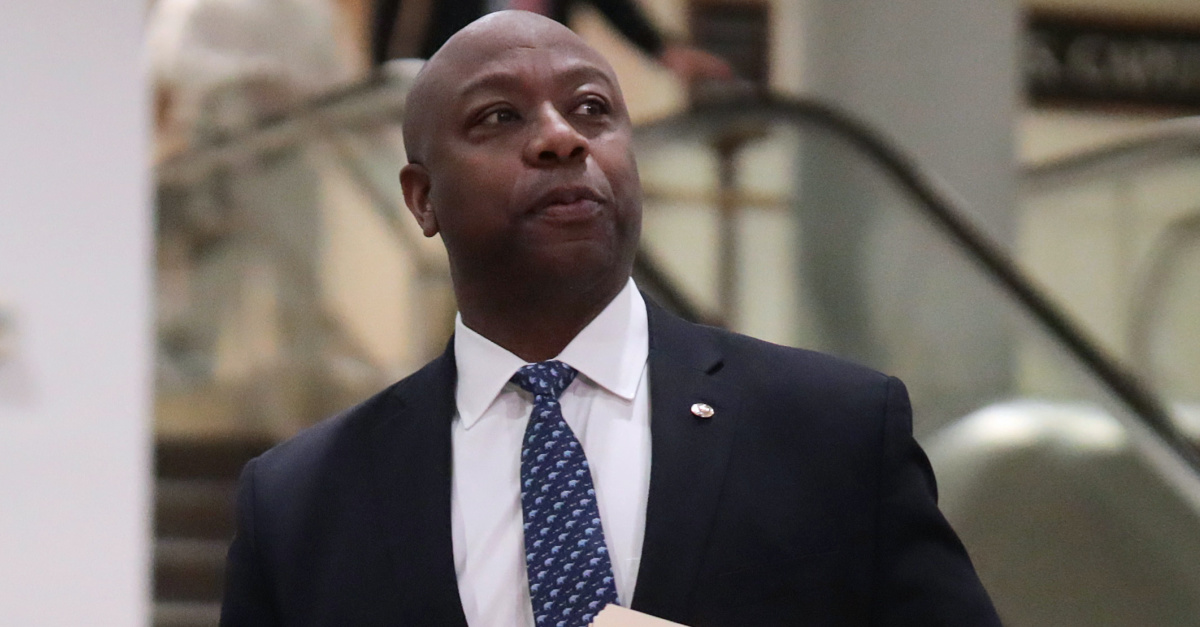 Senator Tim Scott (R-SC) delivered an emotional response on the floor of the United States Senate last week in response to what many believe were dismissive and hurtful remarks by Senator Dick Durbin (D-IL.) Durbin’s comments came during a discussion about a bill Senator Scott proposed which is aimed at curbing violence against minorities by law enforcement.

According to Faithwire, Senator Durbin believed the bill did not go far enough. He said the bill proposed by Senator Scott was a “token, half-hearted approach.” The term token carries weighty baggage in discussions about race, as it is often used to describe minority hires that companies make in order to give the impression that they are committed to diversity. The comments were also considered especially insensitive since they were used by a white Senator to describe a bill proposed by one of only three Black Senators.

Senator Scott stood and first acknowledged that the day was painful for residents of South Carolina because it was the fifth anniversary of the massacre at Emanuel AME Church in Charleston. Senator Scott took issue not only with the phrase Senator Durbin used, but also with the idea that his legislation was merely a token.

Senator Scott said, “To think that anti-lynching that’s a part of this legislation would be considered a token piece of legislation because perhaps I’m African American and I’m on the other side of the aisle, I don’t know what he meant, but I can tell you that this day to have those comments hurts the soul.”

The proposal, which Senator Majority Leader Mitch McConnell (R-KY) has indicated will come to the floor this week, addresses several issues related to the current debates about police brutality. The bill offers incentives to local police departments for banning chokeholds, provides grants for more police departments to buy body cameras, nails down reporting requirements for “no-knock warrants,” and makes lynching a federal offense.

Senator Durbin apologized to Senator Scott and sought to clarify his remarks on the Senate floor. According to Senator Durbin’s communications director, Emily Hampsten, “The minute Sen. Durbin heard that he had offended Sen. Scott, he sought him out on the floor and apologized.” She added, “What Sen. Durbin took issue with in his floor speech was not Sen. Scott’s bill, but that the Senate Majority Leader would short circuit this critical debate and fail to make the changes needed to prevent the killing of Black Americans by police officers.”

Senator Scott has also had to respond to criticism which said that the Republicans are using him on this issue because he is the only Black GOP Senator. He reasoned that leading the way in this legislation should be someone who has experienced racial profiling at the hands of the police.