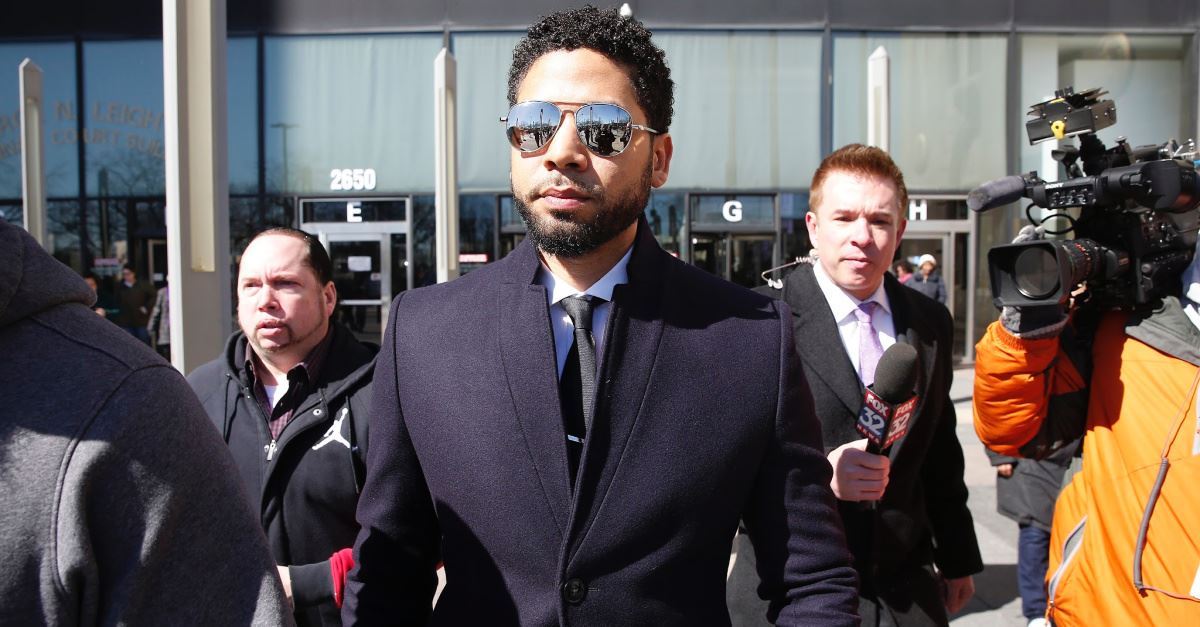 President Trump promised to have the FBI and the Department of Justice look into the Jussie Smollett case in Chicago after Cook County prosecutors declined to move Smollett’s case forward. Instead, they allowed him to forfeit his $10,000 bond and perform community service instead.

In a tweet Thursday, the President said, “FBI & DOJ to review the outrageous Jussie Smollett case in Chicago. It is an embarrassment to our Nation!”

FBI & DOJ to review the outrageous Jussie Smollett case in Chicago. It is an embarrassment to our Nation!

As Christian Headlines previously reported, the Empire star made national news in January when he claimed to be the victim of a hate crime in Chicago. The actor, who is African-American and homosexual, said two white men beat him and poured a chemical on him while yelling racist and homophobic slurs. He claimed they left him lying on the sidewalk with a rope tied around his neck and told him “this is MAGA (Make America Great Again) country.”

Outpourings of support flowed out for Smollett, including from Democratic Presidential hopefuls Kamala Harris and Cory Booker, who called the attack an “attempted modern-day lynching.”

The case took a bizarre turn in February when police interrogated two brothers who were “persons of interest” in the alleged assault. They two men claimed Smollett paid them $3,500 each to stage the attack. The Cook County Sherriff approved charging him with filing a false police report. Then a grand jury returned a 16-count indictment against Smollett that could have landed him in prison for up to three years.

The Cook County State’s Attorney dropped the charges against Smollett on Tuesday with little explanation behind their motivation for doing so. Joseph Magats, First Assistant State’s Attorney, said their decision should not be viewed as “some kind of admission there was something wrong with the case” or as an exoneration of Smollett.

Chicago Mayor Rahm Emanuel stridently disagreed with the prosecutor’s decision saying that Smollett “committed a crime here” and calling the fiasco “a whitewash of justice.” He also said, “It’s Mr. Smollett who committed this hoax. He’s still saying he’s innocent, still running down the Chicago Police Department. How dare he? How dare he?”

Emanuel also said that people in the State’s Attorney’s office “better get their stories straight.” Then he added, “We’re all owed a sense of accountability by the system.”

Trump’s tweet Thursday was not his first public comment about the Smollett case. In February, he tweeted at Smollett, “What about MAGA and the tens of millions of people you insulted with your racist and dangerous comments!? #MAGA”

.@JussieSmollett - what about MAGA and the tens of millions of people you insulted with your racist and dangerous comments!? #MAGA