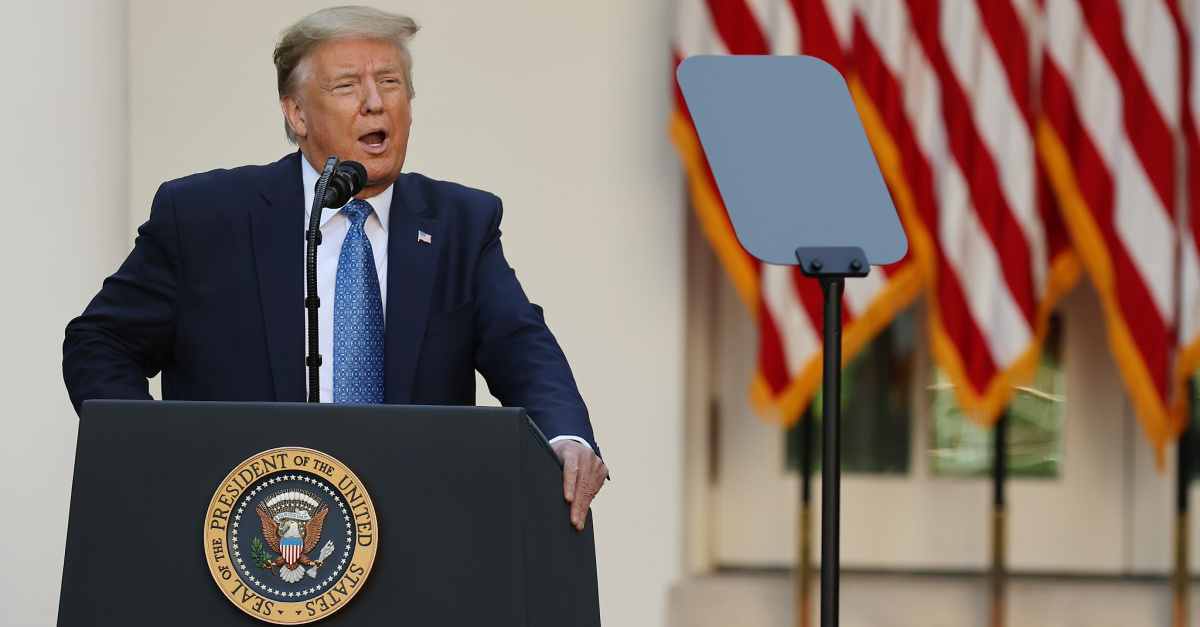 According to the Christian Post, President Trump addressed the event in a special message.

“This year, as we celebrate the second annual Global Coptic Day, we recognize the vital role faith, prayer, and service have in our lives, especially as we continue to face the challenges posed by the novel coronavirus pandemic,” Trump shared in a statement.

“We join with people of faith from every corner of the world in asking God to place his healing hand on those fighting the virus and to comfort those who are mourning the loss of a friend or a loved one,” he continued.

The president then highlighted the significance of international religious freedom, noting that “far too many people [all over] the world face persecution on account of their faith.”

“We must ensure that we are using every tool at our disposal to ensure that every man, woman, and child feels safe and secure to worship according to their conscience and beliefs—no matter where they live,” he continued.

“I hope today’s observance is filled with prayer and joy, and provides those celebrating with a renewed sense of purpose and faith. May God bless each of you,” the president concluded.

The inaugural Global Coptic Day started on June 1, 2019, through Nader Anise, the founder and CEO of the Coptic American Chamber of Commerce.

As per Coptic tradition, June 1 commemorates the Holy family’s “flight into Egypt” so that they could escape King Herod.

According to the Global Coptic Day website, the day is aimed at celebrating “The Coptic Orthodox Church’s rich heritage, including its indelible history of martyrdom and persecution, theological education and monasticism.”

“There are violent attacks that make news headlines around the world, but there are also quieter, more subtle forms of duress that burden Egyptian believers,” the watchdog organization wrote in a statement.

“Particularly in rural areas in northern Egypt, Christians have been chased from villages, and subject to mob violence and intense familial and community pressure. This is even more pronounced for Christians who are converts from Islam.”