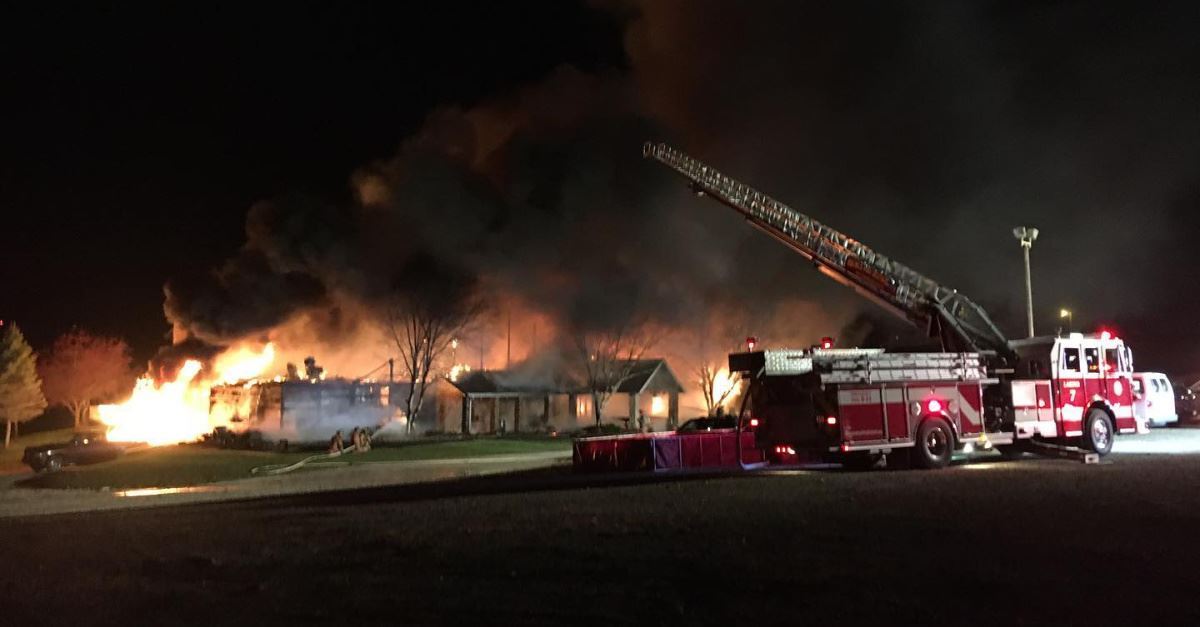 Popular Ohio-based Christian camp Skyview Ranch burned to the ground over the weekend.

Pastor Gary Adams told CBN News that around five o’clock in the morning, a fire ripped through the dining hall, kitchen and offices on November 10. No one was injured or killed in the fires and the cause is still unknown.

Located in Millersburg, Skyview Ranch celebrated its 50th anniversary this summer and employs 15 staff members who welcome around 9,000 campers a year.

According to Adams, the fire caused nearly $2 million in damage. He reached out to news outlets and campers on Facebook to ask them to pray for the funds. Until the buildings are restored, camp staff will find a temporary office space and regroup for the new year.

“God has a plan despite how devastating this is to our staff, families, and those who love Skyview,” a post read on the camp’s Facebook page.

“We will move forward in His grace to continue the work He has set before us. He is our rock and our foundation, this ministry isn’t built or defined by stuff but by people who are committed to giving Him glory in all things and at all times. The loss of our dining hall, offices, and everything inside hits us hard, but we know that the Lord is still working and is in control”

“Praise God that no one was hurt or worse. Thank you for your prayers.”

The post concluded with Romans 8:28 which reads, “And we know that in all things God works for the good of those who love him, who have been called according to his purpose.”

According to CBN News, Adams has been encouraged by the community’s response and the firefighters who quickly put out the flames. Hundreds of people have commented on Facebook and rallied around the camp.

“The most immediate way you can show your support is simply praying that God will provide the funds and resources needed to rebuild and restore,” the camp’s Facebook page shared.