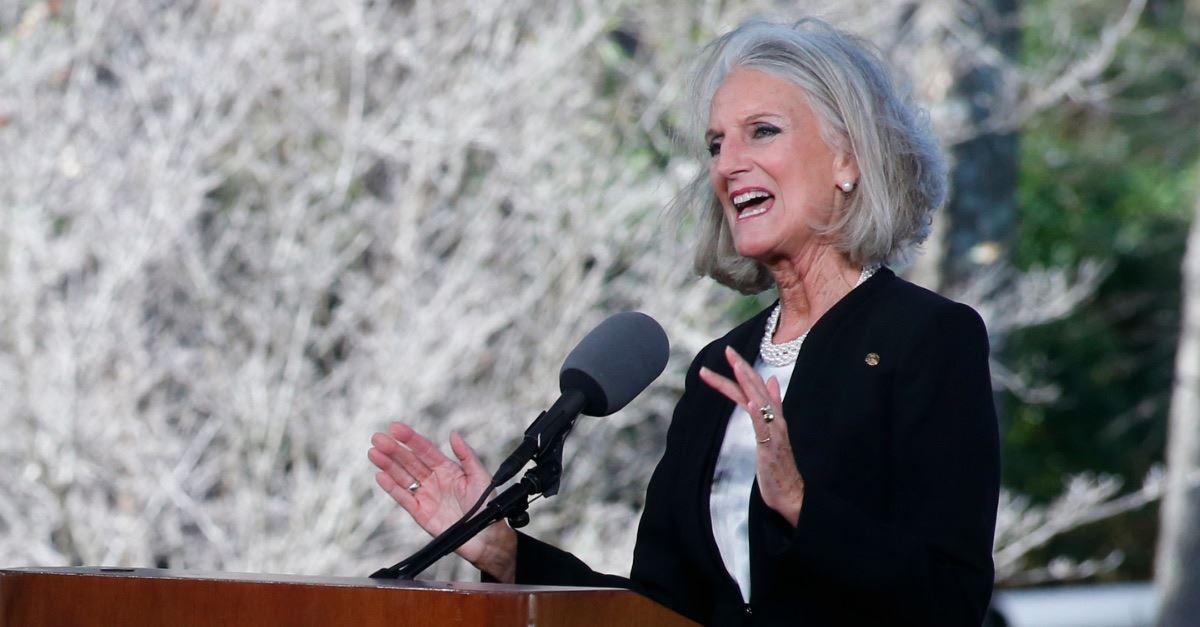 In an op-ed piece with Fox News, Anne Graham Lotz, daughter of Billy Graham, shared from her new book “Jesus in Me: Experiencing the Holy Spirit as a Constant Companion” how the Holy Spirit encouraged her during her cancer journey.

But she found hope in the Spirit’s whispers throughout her journey, she shared.

“The next morning [after surgery and the first chemo treatment], my devo­tional reading was from Job 42:12: ‘The Lord blessed the latter end of Job more than his beginning.’ The thought was that through Job’s suffering and grief, he had come to his heritage. Peace flooded over me as the Spirit seemed to indicate that my cancer experience was not a whirlpool. It was a journey with a purpose. God would use it to lead me to my heritage — where He wanted me to be,” she shared.

Anne’s road to recovery led her to countless hospital and doctor’s visits, meetings with pharmacists and lab technicians. Though they made her weary, Anne saw the work God was doing through her.

“I had multiple opportunities to share the gospel and to pray with nurses, technicians, doctors, and many others who treated me. His whisper changed my attitude from that of being a cancer victim to being on a mission as His ambassador,” she shared.

She also emphasized the value of reading Scripture while making difficult decisions in scary seasons. After enduring six chemo treatments, Anne prayed if God was leading her to do a seventh. All of her numbers were good and she seemed to be healing.

“Two hours later, Rachel-Ruth came to sit with me. She shared some of her insights from 2 Kings 5 — that she was to teach her Bible class that week. She related the story of the Syrian general Naaman who had leprosy. A little Israelite slave girl told Naaman of Elisha, a man of God, who could heal him. When Naaman sought Elisha, he was told, ‘Go, wash yourself seven times in the Jordan ... and you will be cleansed.’

“Naaman resisted, saying that Syria had better rivers than the Jordan. He did not want to submit himself to the ‘side effects’ of muck and mud. But at his servant’s urging, Naaman did dip in the Jordan. When he came up the seventh time, he was healed! The seventh time!

“I could hear the clear whisper of the Spirit answering my prayer, confirming that I was to con­tinue chemo. My next and last treatment would be my seventh time! So as much as I resisted the 'muck and mud,’ in obedience to God’s leading, I com­mitted to complete the seventh infusion.”

It was her study of Scripture and her parent’s influence that helped her endure the difficult treatments.

“Would I have had the same perseverance, courage, comfort, and direction if I had not read my Bible, listening for His voice? I don’t think so…Once again, I’m reminded of my mother’s advice and her example. Read your Bible. Every day. Study it. Learn to love it. Live by it.

“I urge you to take her wise counsel, then follow my father’s example and think about what you are reading. Listen for the whisper of the Spirit, who speaks through the pages of the Word that He Himself has inspired and through the words on the pages, which are God-breathed.”

Lotz’s book comes out on October 1.