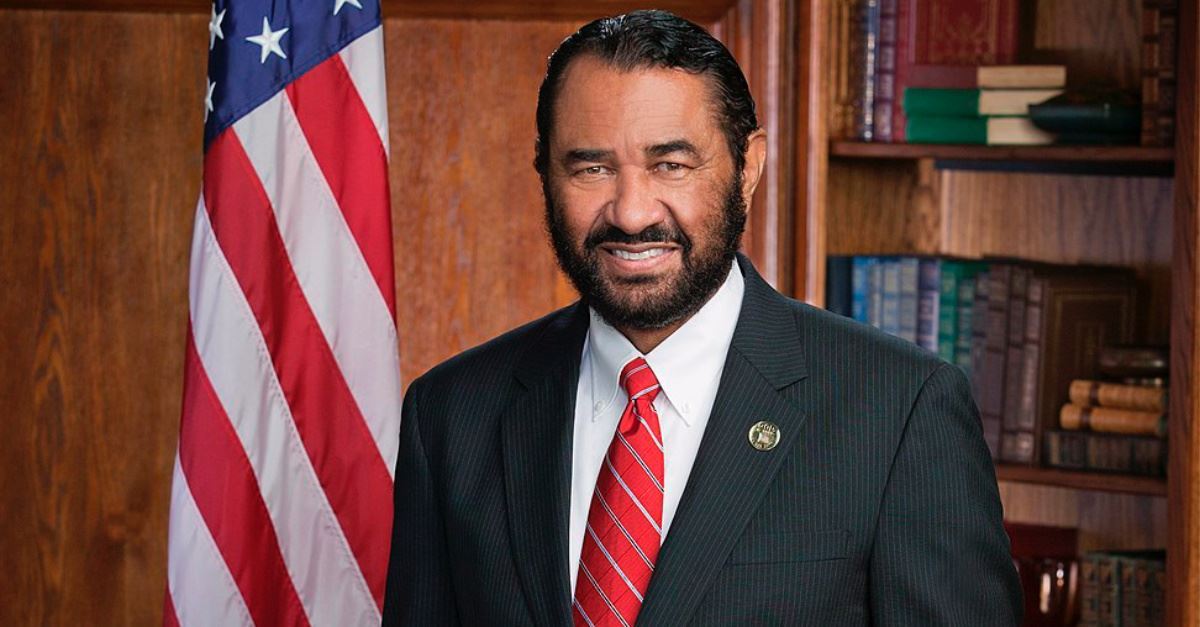 A U.S. representative from Texas introduced articles of impeachment against President Trump Tuesday and said he plans to force the House of Representatives to vote on the issue.

It is the third time Democratic Rep. Al Green has introduced impeachment articles, which are unlikely to gain traction but might require representatives to go on record stating where they stand on removing Trump from office.

The House could vote as early as Wednesday afternoon on a motion to consider impeachment immediately, Politico reported.

“He is unfit for public office, and if he displayed any of these behaviors in most private companies, he would be summarily terminated with haste,” he added. “How long will we stand idly by as he denigrates his constituents, decimates our democracy, and damages America’s global standing?”

Green introduced articles of impeachment against Trump in 2017 and 2018 when Republicans controlled the House. Both were easily defeated (354-58 and 355-66), but each time Green got a significant number of Democrats to join him.

With Democrats now in control, Green may get even more representatives on board.

The House has several options to avoid an actual vote, including voting to table it or voting to refer it to the Judiciary Committee, CNN reported.

“We haven't really discussed how to dispose of it,” Majority Leader Steny Hoyer said, according to CNN. “I'm not gonna try to discourage him, you know, he has to do what he thinks is right.”

Speaker Nancy Pelosi has argued the House should conduct more investigations before considering impeachment. She repeated her opposition Wednesday.

Others, though, said they’ll vote for impeachment.

“Look, if he brings it, I’m going to vote for it,” said Rep. Cedric Richmond, a Democrat from Louisiana. “Do I think that's the most strategic thing right now, without a game plan? Who knows?” He added.