Trump Declares Israel Has Sovereignty over the Golan Heights 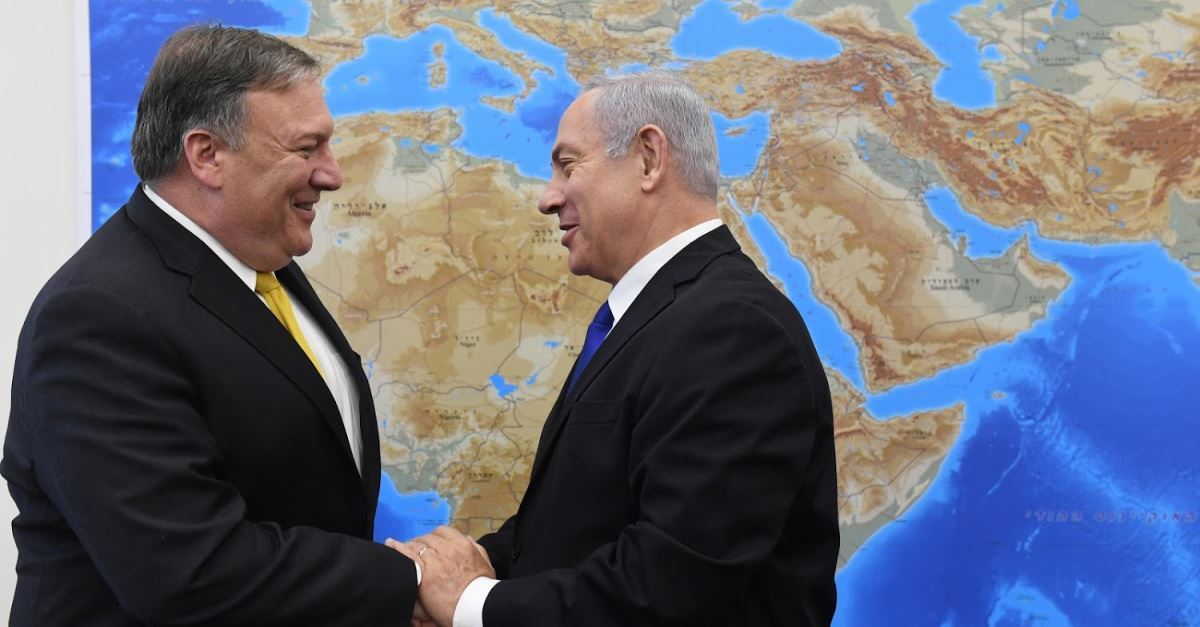 Trump Declares Israel Has Sovereignty over the Golan Heights

“After 52 years it is time for the United States to fully recognize Israel’s Sovereignty over the Golan Heights, which is of critical strategic and security importance to the State of Israel and Regional Stability!” the president said in the tweet.

After 52 years it is time for the United States to fully recognize Israel’s Sovereignty over the Golan Heights, which is of critical strategic and security importance to the State of Israel and Regional Stability!

According to the Jerusalem Post, Israeli Prime Minister Benjamin Netanyahu reacted in kind, using the social media platform to announce that “at a time when Iran seeks to use Syria as a platform to destroy Israel, President Trump boldly recognizes Israeli sovereignty over the Golan Heights. Thank you, President Trump!”

The president’s tweet came as U.S. Secretary of State Mike Pompeo was in Israel, just weeks before Netanyahu’s contentious re-election bid. During his visit, Pompeo and Netanyahu took aim at Iranian aggression in the region.

"The Ayatollah has declared that the annihilation and destruction of Israel is his primary goal. With such threats a daily reality of Israeli life, we maintain our unparalleled commitment to Israel's security and firmly support your right to defend yourself,” Pompeo said Wednesday, according to a report by CBN News.

Netanyahu acknowledged the pair’s meeting focused on working out effective strategies to combat the Iranian threat.

“The secretary and I just spent the first part of our meetings discussing how to do that, and I think that there are ways that will intensify the pressure even more,” said Netanyahu, who also brought up the volatility of the Golan Heights, which Israel captured from Syria in 1967.

The conservative media outlet Newsmax reported that the Israeli leader accused Iran of attempting to set up a terrorist network to target Israel from the Golan Heights.

"You could imagine what would have happened if Israel were not in the Golan," Netanyahu said. "You would have Iran on the shores of the Sea of Galilee."

Pompeo did not discuss the issue of the Golan Heights publicly, but there was speculation that an announcement on U.S. recognition of Israeli sovereignty over the Golan could come as early as next week when Netanyahu is scheduled to visit Washington. Trump’s tweet could signal something official is on the horizon.

Also on the visit, Pompeo visited the new American embassy in Jerusalem. President Trump issued an executive order in late 2017 moving it from Tel Aviv. It opened in May of last year, coinciding with the 70th anniversary of the Israeli Declaration of Independence. The relocation has wide support among Israelis.

In addition to Israel, Pompeo’s trip included stops to Kuwait and Lebanon.  The secretary also met with leaders from Greece and Cyprus in an effort to develop new energy sources that will strengthen both countries, while trying to minimize Iran’s influence.

The issue of an alleged corruption scandal involving Netanyahu did not surface during their public appearances.