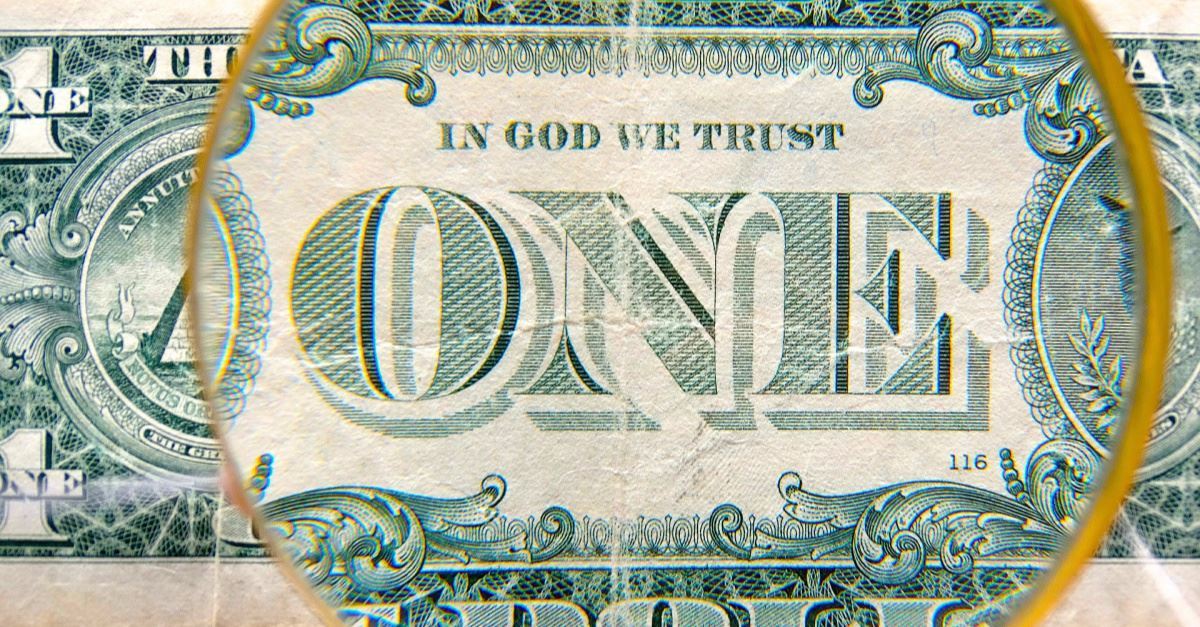 The U.S. Supreme Court has once again rebuffed an atheist attorney, who previously – and unsuccessfully – sought to have references to God removed from the Pledge of Allegiance, the Presidential Oath and in other public venues.

On Monday, the High Court declined to hear the latest case brought by Michael Newdow, this one an effort to remove the motto “In God We Trust” from U.S. currency. The justices turned down the appeal petition for New Doe Child #1 v. The Congress of the United States without comment. Newdow filed the current case on behalf of 43 plaintiffs, including nine children, as he made his second attempt to strip the word God from coins and bills by challenging the 1993 Religious Freedom Restoration Act. As with his previous cases, Newdow alleged the government was violating the Constitution’s Establishment Clause.

“When [the child] is confronted with ‘In God We Trust’ on every coin and currency bill she handles or learns about in school, the power and prestige of the federal government is brought to bear upon her with the message that her father’s (and her own) atheism is false,” the complaint read in part.

District Judge Benita Pearson disagreed in a December 2016 decision, saying that no “reasonable viewer would think a person handling money does so to spread its religious message.”

“A person does not own the bills and coins printed by the United States Treasury. The government does not require citizens to display money,” she wrote. “Money does not exist for the express purpose that it be observed and read by the public.”

The 6th U.S. Circuit Court of Appeals sided with the district court last year, saying the motto did not impact free exercise or free speech.

“Every court that has considered any challenge to the national motto has rejected it. When we filed our amicus brief, we let the court know we were representing over 315,000 supporters who signed on to our Committee to Defend ‘In God We Trust’—Our National Motto—on Our Currency,” the American Center for Law and Justice told World Net Daily after last year’s ruling.

In the original motto case, Newdow v. Congress of the United States, filed in March 2013 in New York, Newdow asserted the phrase was unconstitutional because its intent was to proselytize unbelievers. A year later, however, the Second Circuit Court of Appeals also ruled against Newdow and his clients.

“The Supreme Court has recognized in a number of its cases that the motto, and its inclusion in the design of U.S. currency, is a ‘reference to our religious heritage,’” it wrote. “We therefore hold, in line with the Supreme Court’s dicta, that [the motto appearing on currency does] not violate the Establishment Clause.”

Newdow first made national headlines in 2004 when theU.S. Supreme Court ruled that as a non-custodial parent, he lacked legal standing to bring Elk Grove Unified School District v. Newdow. In that case, he sued his local school district on behalf of his daughter, taking exception to the phrase “Under God” in the Pledge of Allegiance. Although Newdow lost the appeal on a technicality, the High Court did not consider the legal merits of the case.

Over the years, Newdow brought other cases, including several seeking to censure Supreme Court justices from using the phrase “So help me God,” when conducting Constitutional oath ceremonies.