Now Available in the Apple Store: App That Reminds You That You Will Die 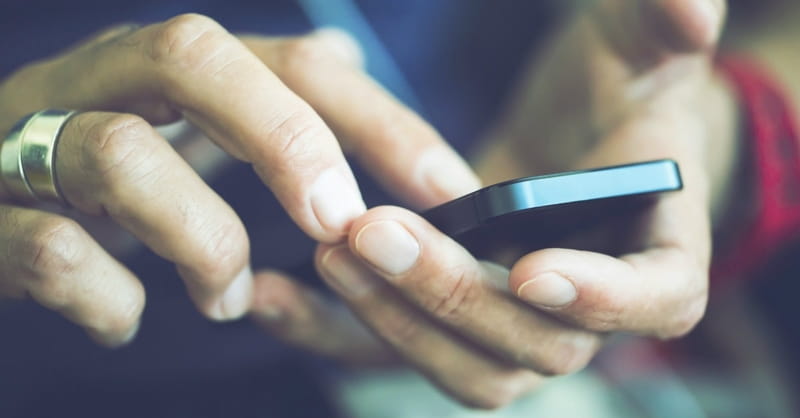 Now Available in the Apple Store: App That Reminds You That You Will Die

Have you been feeling the need for occasional reminders of your imminent death? Well, look no further: there’s an app for that.

At The Atlantic, Bianca Bosker talks about an app she’s been using for the past three months called WeCroak. Meant to prompt people to look up from their phones and live their lives, this app sends five notifications a day, at random times, to remind people they’re going to die. That’s all it does.

The app was developed by Ian Thomas and Hansa Bergwall, two millennials who met at an Airbnb last spring. The pair was inspired by a Bhutanese folk saying. According to the maxim, “[T]o be a truly happy person, one must contemplate death five times daily.” Noticing how easy it was to forget to think about life’s end, they made an app to help them remember.

Bosker praises the app in her article, pointing out how it succeeds where other “mindfulness apps” fail. Rather than sucking up more of your time, this app reminds you to spend your time wisely. As she says, “This is not an app on which I can linger. It has no feed, no option to browse previous quotes, no way to procrastinate.” Other apps meant to inspire users to live better lives actually just give them another reason to stare at their phones.

“As I scroll through Instagram or refresh Twitter,” Bosker reflects, “WeCroak interrupts with the sobering reminder that it is not just my attention these other apps are consuming, but chunks of my life.”

The strange part, though, is Bosker’s claim about the app in the subtitle of her article. It reads, “It helped me find inner peace.” In the article, she cites a couple of examples of when the app helped her get a more bird’s-eye perspective on her life. It helped dispel her nerves before a public speaking engagement, for instance. As she said, “What’s a little public speaking next to the terrifying finality of my inevitable demise?”

It’s good to get things in perspective, but how is this perspective conducive to “inner peace”? It seems like a more honest response would be inner turmoil—a despairing acknowledgement of life’s meaninglessness. After all, if we all face “the finality of inevitable demise,” what’s the point of living in the first place? Just look at Ecclesiastes. The author’s response to life’s brevity in that book shows anything but inner peace.

All the same, maybe this app is on to something. It is true that life is short, that death is coming, and that we should make the most of the time we have. For the Christian, however, death does not mean our demise. It means entering the presence of our God and Savior. We should spend our lives making ourselves ready to face him. It’s not as if we must impress him or earn our salvation. But he does desire obedience, and that’s something we should freely give him out of gratitude and a heart of worship.

So, with or without a fancy app that reminds us of the end of earthly life, let’s strive to live like the faithful servants Jesus talks about in his parables. Let’s make the most of the time he gives us, making ourselves ready for our master’s return and preparing ourselves for eternity in his presence.