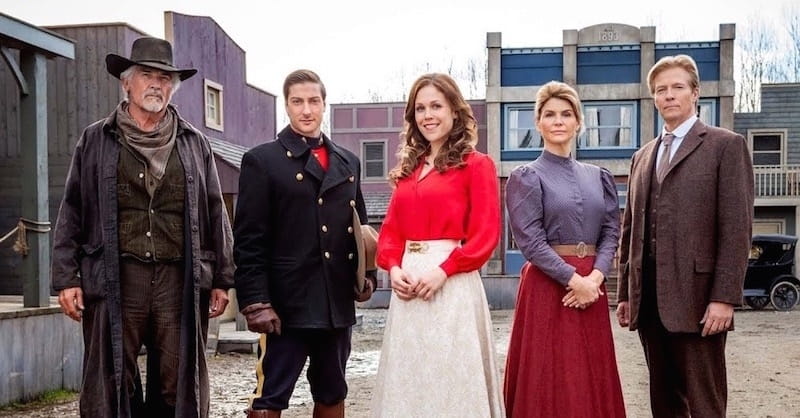 Media reporters from Adweek to the Washington Post are abuzz, asking: Why is Hallmark Channel earning record ratings?

In a new interview for The Federalist, Brian Bird — executive producer of Hallmark’s top-rated show When Calls the Heart — provides answers and even suggests what’s to come in season five.

“I deeply believe the loss of shared experiences is a loss to our culture,” says Bird, writer and producer of recent biopic The Case for Christ along with shows like Touched By an Angel over his 30-year career.

“People love our show because they can actually watch it with their children and grandchildren: three generations watching this show together. You can’t say that about anything else!” exclaims Bird.

When Calls the Heart embraces historical drama motifs. In a poverty stricken coal-mining area known as Hope Valley, a schoolteacher trains up the next generation in a bar-turned-classroom. Stories focus on families coming together to solve problems and threats to the small town... as well as prospects for those seeking romance.

If the show sounds like Little House on the Prairie, that’s no accident. It’s co-produced by Believe Pictures, founded by Bird and Michael Landon, Jr., son of the famed Little House star.

Asked what fans can expect in season five of When Calls the Heart, Bird gives more than a hint. “Obviously, the one big thing that they want is a wedding. They’ve been waiting for four seasons for that to happen!”

“I’m not going to spoil that and say yes or no. All I’m going to say is, they’re going to be happy,” reveals Bird.

He says their fan base known as “Hearties” are key to the show’s success. Bird draws a comparison to the epicenter of genre fandom, the annual San Diego ComicCon event that has become dominated by film and TV premieres.

“We have a similar group. The Hearties are different in that they tend to be women from 35 to 55, that’s the sweet spot in terms of demographics,” says Bird, recalling fan meet-ups he has attended. “They dress up as pioneers, frontier people and schoolteachers in 1910.”

Pointing to the importance of online buzz, he adds, “Not all of them dress up, but all of them are evangelists for the show. They do e-fangelism, which is a term I coined after season one. They are rabid about it, getting nearly every episode to trend on social media when it airs — with the hashtag #Hearties, of course.”

“They love the show so much because it’s giving them what they don’t get anywhere else,” Bird explains, admitting that some reality shows like Property Brothers and others on HGTV are popular as family viewing.

“But you can’t watch anything else,” he says. “Kids’ shows on Disney Channel or Nickelodeon, parents can’t watch those because it makes your eyes bleed!” Bird noted in the interview that five million people watch When Calls the Heart on TV, Netflix and by other means.

The show also illustrates how TV and film production is increasingly dispersed far from Hollywood. Hallmark Cards Inc., owner of Crown Media which runs Hallmark Channel, has been based in Kansas City, Mo. since 1910.

Meanwhile, executive producer Brian Bird lives in Colorado. He joins the crew and showrunners on-set in Vancouver, British Columbia during production of When Calls the Heart.

With current seasons available on Netflix and Amazon Prime Video, season five of “When Calls the Heart” will premiere in December with a two-hour holiday event.


Freelance writer Josh Shepherd covers culture and public policy issues for media outlets including The Stream, The Federalist and Christian Headlines. He previously worked on staff at The Heritage Foundation and Focus on the Family. Josh and his wife live in the Washington D.C. area. Follow @joshmshepon Twitter.

Photo Caption: The cast of “When Calls the Heart,” the top-rated show on Hallmark Channel.