Trump Fit for Being President According to Medical Examiner 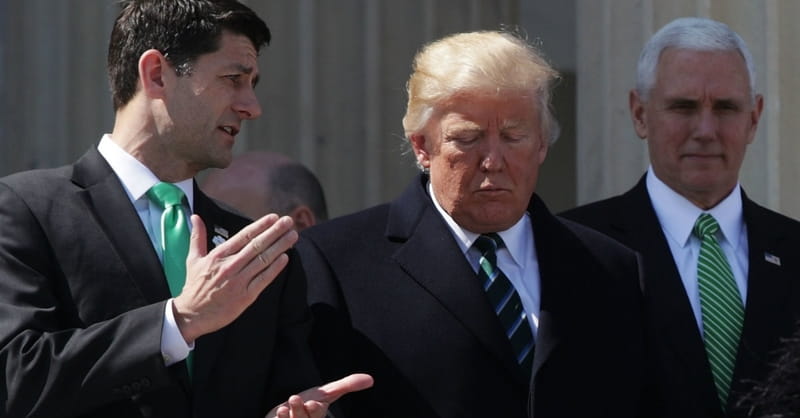 Trump Fit for Being President According to Medical Examiner

Despite reports from the Los Angeles Times, New York Times, CNN, and others, Trump’s recent physical proved that he is in excellent health. On January 12th, Trump partook in a standard physical and adscititious mental examination that proved that Trump’s mental and physical health is in excellent condition for his age. In addition, his examining doctor, Ronny L. Jackson, expressed that Trump was very alert and found no reason to suggest that Trump had any mental health problems.

This report disarms multiple psychologists who have argued that Trump is, in some way, shape, or form, mentally unfit for the presidency and/or suffering from severe mental illness. The most notable example was a psychiatrist from Yale University who testified before Congress that Donald Trump will cause the extinction of the human race. That’s right, according to a professor at one of the world’s most prominent universities, Trump will obliterate humanity.

Now, some readers may recollect another group of mental health professionals, 35 to be exact, who wrote and signed a letter warning of the mental unfitness of the president back in February of 2017. The letter inflamed a longstanding debate about “armchair psychology,” or diagnosing people without having come into contact with them or performing a professional examination. The rehashed debate became so vivacious that the APA penned a letter telling psychologists and psychiatrists to cease and desist their armchair diagnoses on the grounds of the Goldwater Rule.

The Goldwater Rulewas created in response to an issue by Fact Magazine in 1964 which polled 12,356 psychologists on whether Barry Goldwater was psychologically fit to be president. Of the 12,356 psychologists, 9,939 did not respond. Of the remaining 2,417 who did, 1,189 declared him mentally unfit, 657 declared him fit, and the remaining 571 passed no judgment. Some of the 1,189 psychologists even gave diagnoses. Once the issue was voraciously read by the public, and a tumultuous national debate ensued, causing the APA to respond by implementing a “Goldwater Rule” in 1973 to prevent psychologists and psychiatrists from partaking in armchair psychology.

It is no surprise that armchair psychology is usually inaccurate, considering a person does not reveal the inner depths of their psyche on live TV or show their complete mental functioning while giving a 20 or 50 minute speech. In fact, many people with mental problems are adept at hiding them. It is due to this cloud of obscurity that the Goldwater Rule was originally implemented, because, as Psychiatrist Gail Saltz noted to SELF Magazine, “You can’t diagnose a person that you haven’t taken a detailed personal history from.”

This brings us to the current diagnosis from a medical doctor who has had the opportunity to speak with, test, and spend time with the President. In his professional opinion, there is no reason to suggest that Trump has any mental problems that would make him unfit for the Presidency. If the Goldwater Rule holds any value, a diagnosis from a trained professional matters more than the analysis of a psychologist sitting on his couch watching CNN.