DACA Madness: How a Federal Judge is Violating the Constitution and Federal Law 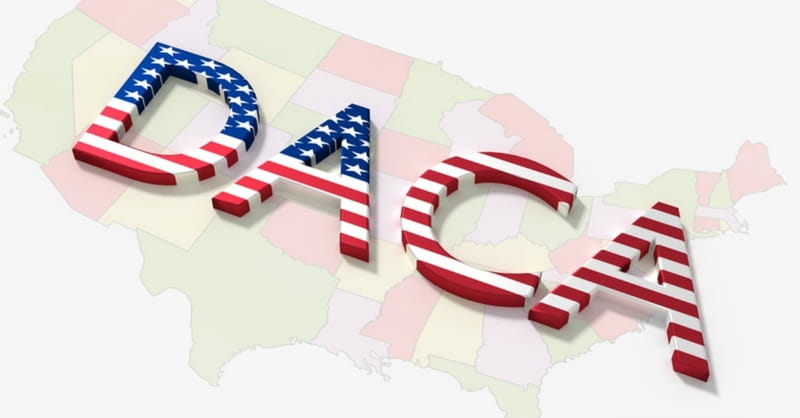 DACA Madness: How a Federal Judge is Violating the Constitution and Federal Law

For the third time in this country’s recent history, a Federal Judge has decided that the Executive Branch cannot do its job. Recently, Jeff Sessions, acting completely within his power as Attorney General, decided that a previous memo written by Janet Napolitano, Obama’s then-Secretary-of-Homeland-Security, was an “open-ended circumvention of immigration laws.” There is nothing unconstitutional about this, as the Attorney General is the head of the Department of Justice, which, according to West’s Legal Encyclopedia, “is the Executive Branch department responsible for handling the legal work of the federal government.” Assessing the legality of government programs issued from memos clearly falls within the Department’s scope.

Contrary to public belief, DACA is not a law. It is nothing more than a memo from a previous Secretary of Homeland Security under a previous administration. It cannot supersede the immigration laws on the books, nor can it supersede any new memos written by this current administration. In fact, according to the memo itself, it is based solely on prosecutorial discretion:

“By this memorandum, I am setting forth how, in the exercise of our prosecutorial discretion, the Department of Homeland Security (DHS) should enforce the Nation's immigration laws against certain young people who were brought to this country as children and know only this country as Home.” - Napolitano, 2012

Taken in this light, Prosecutorial Discretion seems totally constitutional. However, the DHS is a member of the Executive Branch, and as such it is bound to the same constitutional laws that behold all members of the Executive Branch. Now the President is to “take Care that the Laws be faithfully executed” as ordered by the Constitution of the United States in Article II Section 3. This means that the President cannot decide which laws to enforce and which to ignore, unless they violate the Constitution, as shown in Article VI section 1: “The Senators and Representatives before mentioned, and the Members of the several State Legislatures, and all executive and judicial Officers, both of the United States and of the several States, shall be bound by Oath or Affirmation, to support this Constitution…”

This leads us to the current injunction by Federal Judge William Alsup. Firstly, according to Article VI section 1, the Judicial Branch must uphold the Constitution and the other laws of the land. This means that the only time an injunction may be used is during issues pertaining to the Law. Secondly, an injunction is only to be used in extreme circumstances. West’s Legal Encyclopedia explains:

“An injunction commands an act that the court regards as essential to justice, or it prohibits an act that is deemed to be contrary to good conscience. It is an extraordinary remedy, reserved for special circumstances in which the temporary preservation of the status quo is necessary.”

What this must mean is that Judge Alsup must have regarded a direct violation of the Federal Law (the DACA memo) as an extraordinary remedy to preserve the status quo. However, there is one problem with such an injunction: it is upholding an unlawful act that violates not only the constitution but also other Federal Law pertaining to immigration.

The first law of note is U.S. Code Title 8, Chapter 12, Subchapter II, Part 4, section 1227(3b), which asserts that failure to register to become a citizen of the United States is grounds for deportation. This, in conjunction with Title 8, Chapter 12, Subchapter III, Part 2, section 1427(a) says that a person who has not registered for naturalization is eligible for deportation. The Federal Judge, in determining that the memo allowing for prosecutorial discretion of illegal immigrants under a certain age should be allowed to continue, is commanding the Executive Branch of the government to ignore the law, which, as already proven under Article VI Section 1 and Article II Section 3, is unconstitutional. By commanding the Executive Branch to ignore deportation laws for aliens who have not registered for naturalization or have been declined naturalization, the Federal Judge is commanding the Executive Branch to break the law.

Additionally, the Federal Judge himself, through writing such an injunction, is violating the same section of the constitution, since he is bound under oath to enforce the laws of this country. Therefore, a Federal Judge has just broken the law, and his injunction is not only unconstitutional and unlawful but also is totally groundless since the very laws he is sworn to uphold prove conclusively that Jeff Sessions was upholding the law through his decision to nullify a previous memo written by a previous administration official.