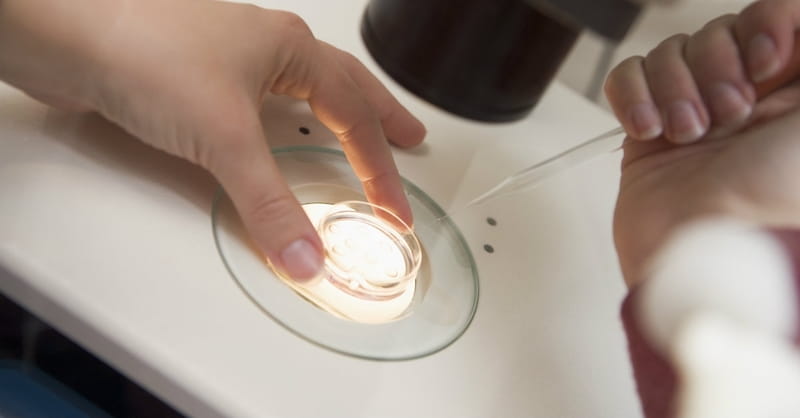 An ethics council in the United Kingdom has concluded that changing the DNA of a human embryo could be “morally permissible” if such changes are in the child’s best interests and do not create further inequalities in society.

This is a monumental and troubling announcement.

Let’s begin with some background. In addition to my work at Denison Forum, I serve as the resident scholar for ethics with Baylor Scott & White Health. In this capacity, I am especially interested in the ethics of genetic medicine.

I have been following advances in genome-editing techniques that have made it possible to correct genetic defects in human embryos. Since inherited disorders affect millions of people around the world, such advances offer great potential.

According to the New York Times, one recently developed technique could conceivably apply to more than ten thousand conditions caused by specific inherited genetic mutations. This technique is relevant to certain breast and ovarian cancers and to diseases such as Huntington’s, Tay-Sachs, sickle cell anemia, cystic fibrosis, and some cases of early-onset Alzheimer’s.

Genetic editing could also produce more viable embryos for in vitro fertilization. This procedure involves the creation of embryos in the laboratory which are tested for viability before being implanted in the mother’s womb. Repairing defective embryos could lead to fewer discarded or frozen embryos. If you believe life begins at conception, as I do, this is an important factor.

However, the negative possibilities of embryonic gene editing are frightening.

If an embryo can be edited genetically to prevent disease, could it also be altered to enhance capacities? For instance, one genetic hormone (known as EPO) is linked to muscle activity; could an embryo be engineered to produce more EPO and thus enhance muscle strength?

Genetic mutations can also produce unintended consequences. These adverse effects may not be known until the person is born or advanced in years.

Genetic materials could conceivably be introduced from other species to produce transgenic organisms. The cost of genetic alterations may further the “have” and “have not” divisions in society, an outcome the UK council hopes to prevent.

And inheritable changes in embryonic genetics could result in eugenic “advancements” of the species.

Devaluing humans: a tragic example in the news

Here’s the question at the heart of this issue: How do we see humans?

American jurisprudence has essentially determined in practice that life begins at birth, not conception. This theological heresy legalized abortion, of course, leading to the deaths of more than sixty million babies in America.

The idea that we are less human before our birth than we are after our birth makes no biological sense. In a recent Breakpoint Daily article, John Stonestreet illustrates this fact.

He points to a couple in Oregon sentenced to six years in prison for refusing to seek medical care for their premature baby girl, Ginnifer. They are members of a Pentecostal faith-healing sect that teaches members to pray rather than seek medical care. Their decision, while undoubtedly sincere, was tragically wrong.

However, as John notes, Oregon permits abortion at any stage and mandates that insurance companies must fully subsidize all abortions. As a result, if Ginnifer’s parents had driven to the nearest abortion clinic an hour before her birth, the state would have paid for her abortion. Since they gave birth to their daughter but did not seek medical treatment for her, they were convicted of criminally negligent homicide.

Such illogical hypocrisy is tragic.

Treating disease is biblical. The Great Physician invites us to join him in healing bodies and preventing suffering (cf. Matthew 10:1; Isaiah 38:21; 1 Timothy 5:23). But it is wrong to alter humans and humanity in ways that violate our created purpose or privilege some of God’s children over others.

Here’s a personal application of today’s discussion. As with unborn babies, our culture views you and me through a utilitarian lens that values us based on our abilities and achievements. It tempts us to see ourselves and everyone we know in the same way.

How you treat the next person you meet will tell us if you agree.