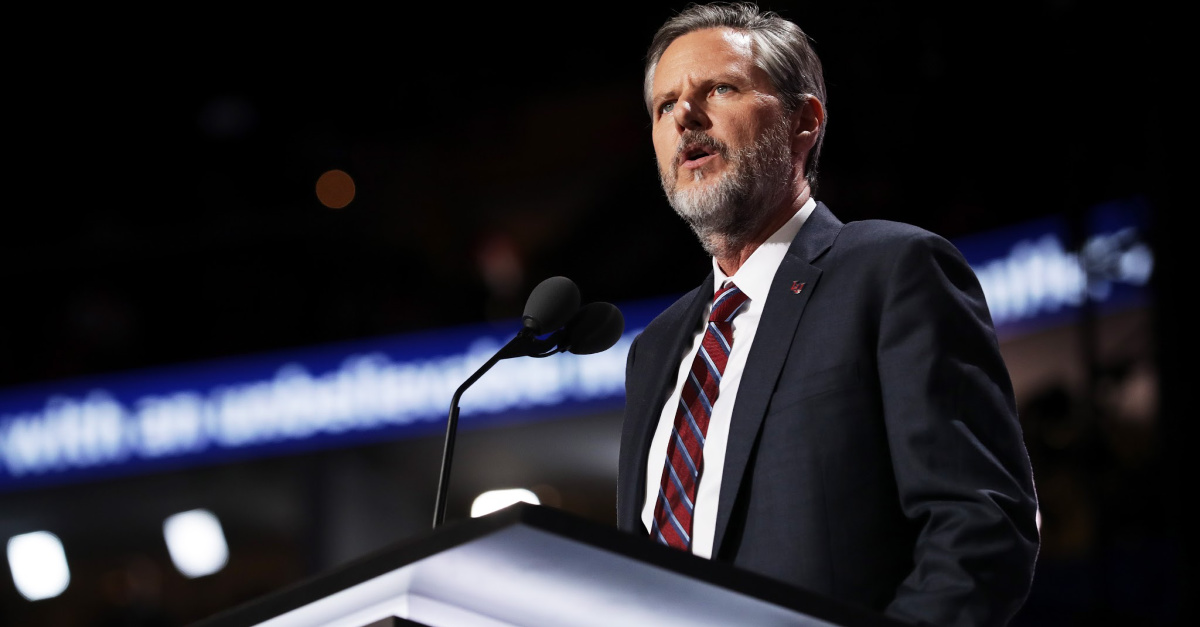 Thirty-five Black alumni of Liberty University are calling on university President Jerry Falwell Jr. to step down from his role after he tweeted a photo of a person in blackface.

According to Christianity Today, Falwell tweeted that he was “adamantly opposed” to an order from Gov. Ralph Northam that required that masks be worn inside all retail stores, on public transportation and any other indoor places with other people.

“If I am ordered to wear a mask, I will reluctantly comply, but only if this picture of Governor Blackface himself is on it,” Falwell tweeted.

His tweet included a picture of a face mask bearing a photo of a person in blackface and another in a Ku Klux Klan costume.

Last year Christian Headlines reported that Northam admitted that he was one of the two men in the photograph that was published in a medical school yearbook about 35 years ago.

In response to Falwell’s tweet, 35 faith leaders and former student-athletes sent an open letter to Falwell, saying they would stop donating to the university and stop encouraging faith leaders to speak at the school. The letter said Falwell’s comments “have repeatedly violated and misrepresented” Christian views.

“You have belittled staff, students and parents, you have defended inappropriate behaviors of politicians, encouraged violence, and disrespected people of other faiths,” they wrote, advising Falwell that “your heart is in politics more than Christian academia or ministry.”

Falwell, however, says he tweeted about the governor’s blackface scandal to defend Liberty University students. He says a proposal from Northam would cut tuition assistance to many students, including minorities.

“The governor’s intent was to harm Liberty, and to harm minority students and to harm low-income students,” Falwell said. “People needed to be reminded of (Northam’s) racist past.”

The letter asks that Falwell publicly apologize and meet with the group on ways for the school “to best move forward.”