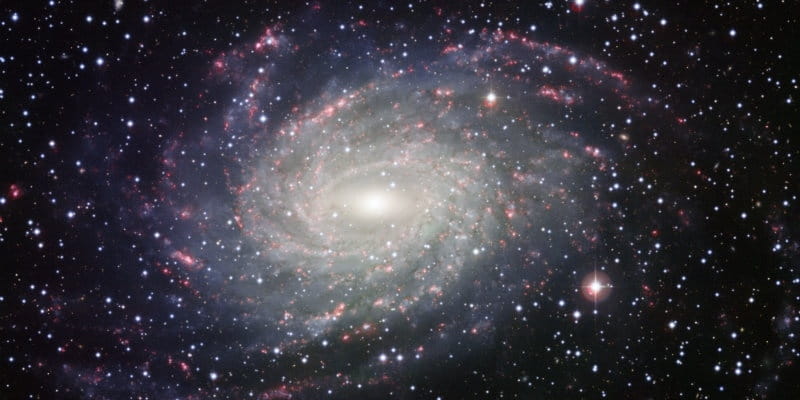 If the Big Bang theory is correct, our universe should not exist, according to research published last month by physicists at King’s College in London. The shocking discovery implies the universe should have collapsed less than a second after it exploded into existence.

Christians are divided on whether or not the Big Bang theory fits with the biblical description of creation. But the theory has been an enormous concession for many secular scientists. For years they clung to belief in a universe that was steady and that had existed indefinitely. But recent advances in physics have forced most scientists to admit that the universe had a beginning and that it has been expanding ever since by a process dubbed cosmic inflation.

For Christians, the universe having a beginning point is no new discovery. These scientists were upstaged more than 2,500 years ago by Job, Moses, David, and other Bible authors, said Hugh Ross, astrophysicist and founder of the Reasons to Believe ministry. The Bible confirms explicitly and repeatedly the two most fundamental properties of the Big Bang theory: There was a definite, finite beginning and the universe is undergoing continual expansion. For example, said Ross, in Isaiah 42:5 both properties were declared: “This is what the Lord says—He who created the heavens and stretched them out.”

The researchers of the current study combined data from observations made possible by the BICEP2 telescope with new information developed from the discovery of the Higgs Boson, a particle thought to be responsible for the mass of everything that exists. The scientists said the universe lies in a valley of the Higgs Field, an energy field that exists throughout the universe. It contains the Higgs Boson particle and sets the limits on its behavior. The universe is prevented from entering an even deeper valley by a large energy barrier that can be thought of as a giant hill separating the two valleys. But, according to the Big Bang theory, the researchers say cosmic inflation would have kicked the universe over the hill and into the deeper valley where it would have collapsed in less than a second.

Bewildered secular scientists are scratching their heads at the new findings. “We have to extend our theories to explain why this didn’t happen,” said Robert Hogan, a doctoral student at King’s College who led the study, in the Royal Astronomical Society. The researchers conclude there must be some process yet undiscovered.

Someday the scientists seeking explanations of why there was no big collapse immediately after the universe came into existence may well have to contend with the concept of a creator.

“For the scientist who has lived by his faith in the power of reason, the story ends like a bad dream,” said Robert Jastrow, founder of NASA’s Goddard Institute for Space Studies and a self-proclaimed agnostic. “He has scaled the mountains of ignorance, he is about to conquer the highest peak; as he pulls himself over the final rock, he is greeted by a band of theologians who have been sitting there for centuries.”