Can Evangelicals Unite after the 2016 Election? 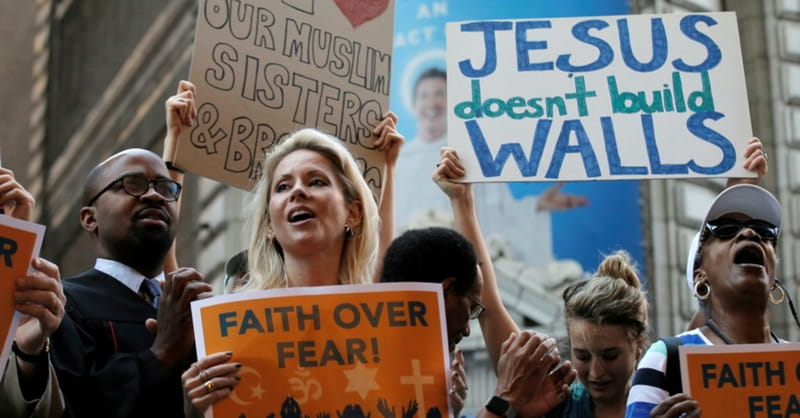 Can Evangelicals Unite after the 2016 Election?

The day after the election, Lisa Sharon Harper nearly gave up the name “evangelical.”

That’s because 81 percent of white evangelical Christians voted for Donald Trump for president, a candidate she described as “representing all of the things Jesus stood against — lust for money, sex and power.” And their vote propelled the Republican nominee to victory.

“I felt betrayed. I felt like that’s just not who I am anymore. This group who voted for Trump is just not who I am,” said Harper, chief church engagement officer at Sojourners, a progressive Christian magazine.

The same sentiment has been echoed by a number of prominent evangelicals in the wake of the 2016 presidential election.

History professor John Fea; authors Preston Yancey, D.L. Mayfield and Skye Jethani; and author and activist Shane Claiborne all have distanced themselves from, if not abandoned, the label. While still identifying as evangelical, former Christianity Today editor Katelyn Beaty wrote she “can’t defend my people. I barely recognize them.”

Earlier this week, Fuller Theological Seminary issued a statement that was nothing short of remarkable for the influential evangelical institution.

“To whatever degree and in whatever ways Fuller Theological Seminary has contributed or currently contributes to the shame and abuse now associated with the word evangelical,” said the statement, signed by president Mark Labberton and president emeritus Richard Mouw, “we call ourselves, our board of trustees, our faculty, our staff, our students, our alumni, and our friends to repentance and transformation.”

Others have called for healing and reconciliation as the election cycle exposed major rifts within evangelicalism.

Russell Moore, president of the Ethics and Religious Liberty Commission of the Southern Baptist Convention, said the campaign reminded him of the Vietnam War in the way it divided families; he’d heard from spouses who couldn’t discuss it or watch the news together anymore.

Not everyone sees a major split, though.

“There’s always been a minority of evangelicals that are more liberal in their political leanings,” said Liberty University President Jerry Falwell Jr., one of Trump’s earliest and most vocal evangelical supporters, “and it’ll always be that way, but it’s less divided than I’ve seen it in a long time.”

But Moore makes a distinction even among those who voted for Trump: There were “reluctant Trumpers,” who regarded the candidate as the lesser of two evils, believing he was more likely to appoint a Supreme Court justice who was pro-life than his opponent, Hillary Clinton.

Then there were “the people who have actively sought to normalize” Trump as the candidate of choice.

“For me, I think the bigger issue is with the political activist religious right establishment that in many cases actually waved away major moral problems,” he said, citing the “Access Hollywood” tape, in which the now president-elect talked about grabbing women by their genitals and forcibly kissing them.

Moore, who has been a vocal opponent of Trump, said that among those evangelicals who were “Never Trump,” or “reluctant Trump,” reconciliation is already underway. But he said those evangelical leaders who have “repurposed the gospel itself in order to defend a political candidate” reveal a problem bigger than a political election.

Falwell sees the divide in evangelicalism as being between its leaders.

“The evangelical rank and file closed in behind Donald Trump long before most of the leaders did,” he said, because those in the pews were “tired of business as usual” and excited by Trump’s choice of Mike Pence as running mate.

For the Rev. Sammy Rodriguez, president of the National Hispanic Christian Leadership Conference, the schism is between white evangelicals and African-American born-again Christians and as a result of the election it “just grew larger.”

“I don’t believe Jesus would look on this fear that is rising — fear and actual assaults that have risen over the last few days — and say, ‘We just need to agree to disagree and get along again.’ I think that Jesus would stand with those who are hurting,” she said.

Trump’s election has helped her see where things have gone wrong, where she needed to hear the “very real cry from white America, particularly rural white America,” she said.

Still, the church must be vigilant in fighting “the erosion of decency, the erosion of care for the image of God in all, the erosion of the institutions that are set up in our democracy in order to protect the least of these,” she said.

Harper said the healing process within the church needs to start with “deep listening and the creation within churches of safe, sacred spaces where stories can be shared on all sides of the equation so we might understand each other better.”

As for those excited by Trump’s election, Charisma Magazine cultural commentator Larry Tomczak wrote a post discouraging them from triumphalist behavior.

Instead, he said they should “express genuine love to people obsessed with tearing down Mr. Trump, no matter how belligerent or unreasonable some seem. And yes, sometimes this means smiling and simply walking away from a conversation.”

Moore argues that it’s up to a new generation of evangelicals not to disengage from politics, but rather to create new coalitions that preserve the “best of religious conservatism” — on questions of life and religious freedom and stable families and communities.

“I think there’s a sense of the need to turn the page toward something new,” he said.

In the end, Harper decided not to give up on the name “evangelical,” which she described as having a rich legacy of faith that includes abolitionists William Wilberforce and Sojourner Truth. And besides, she said, Christians are people who believe in resurrection.

“I believe the evangelical church may be on death’s door, but it ain’t dead.”

Photo: A group of interfaith religious leaders protest against Republican presidential candidate Donald Trump outside a hotel where he was to meet with evangelical leaders in New York City, on June 21, 2016.