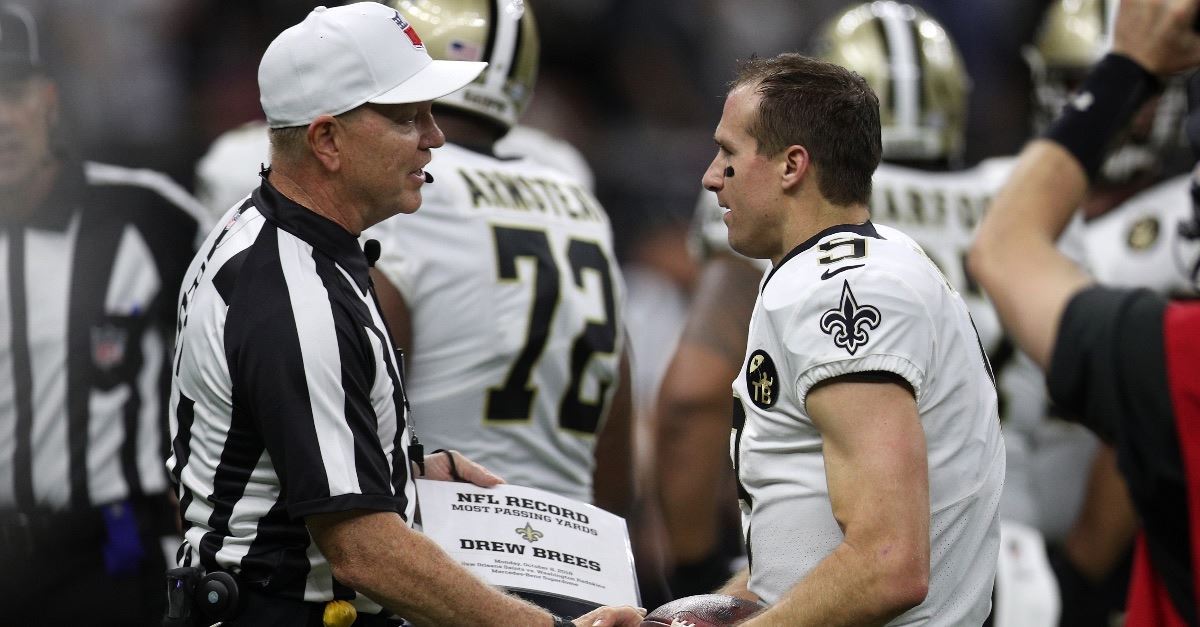 New Orleans quarterback Drew Brees expressed gratitude Monday to God and those around him after taking Peyton Manning’s spot as the NFL’s all-time leading passer.

Brees passed Manning’s career record of 71,940 passing yards on a 62-yard touchdown pass in the second quarter, as the Saints coasted to a 43-19 victory over the Washington Redskins.

The game was stopped for several minutes to recognize Brees for his achievement, and afterward an emotional and humble Brees gave credit to others. The 39-year-old was drafted out of Purdue University in 2001 and is known for his Christian faith. He’s made the Pro Bowl 11 times and led the Saints to a victory in Super Bowl XLIV.

“I’m just so grateful – grateful for the opportunity to play this game and to have played it for so long, to have the teammates that I have, the New Orleans Saints organization and this great city and this great fanbase. It’s really been a dream come true,” Brees told a TV audience before adding, “I still feel like there’s work to be done.”

During the second-quarter celebration the television audience had seen Brees hug his wife and young children.

Asked if he remembered what he told his children, Brees said: “It’s probably what I tell them every night before they go to bed, which is you can accomplish anything in life if you’re willing to work for it. Nothing’s given. Everything’s earned. God has equipped us for great works. I tell them that every night.”

Brees also credited those who raised him.

“Two of the most important people in my life, two of the people that were probably most responsible for my football career early on in my life are up in heaven,” Brees said. “It was my mom and my grandfather. There were a lot of people that I wanted to prove right tonight and make proud, but none more so than them.”

With this 62-yard touchdown pass...@drewbrees is the NFL's all-time leading passer! 🙌 #GoSaints pic.twitter.com/K6vTQVwfOe