Hundreds Gather at Western Wall to Pray for China, End to Coronavirus 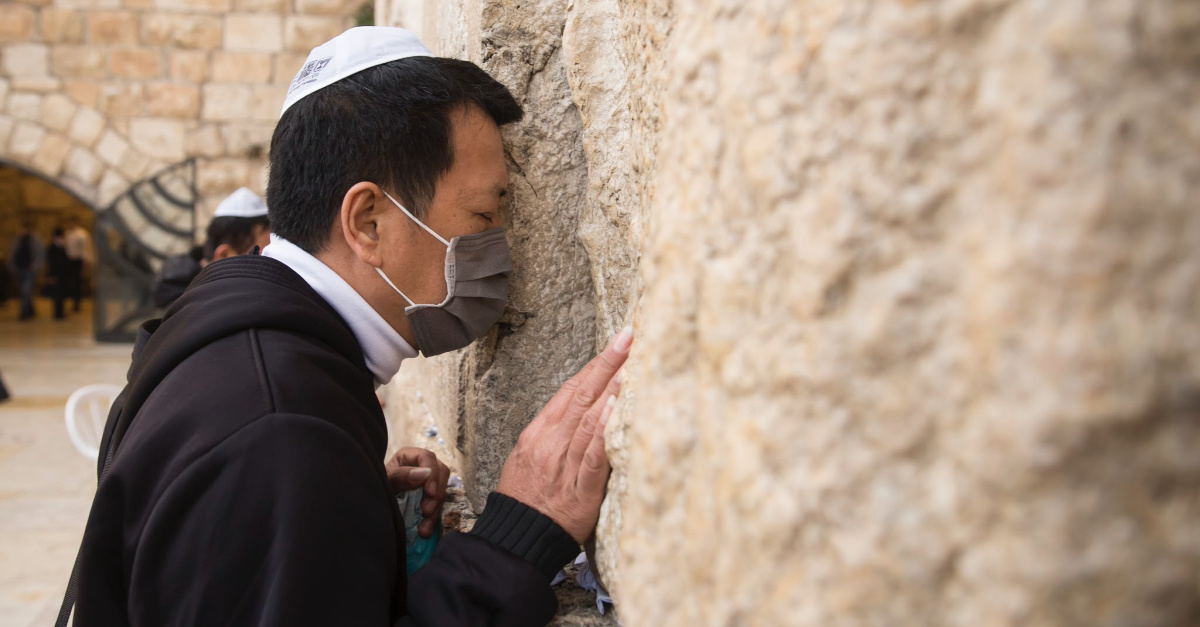 Hundreds Gather at Western Wall to Pray for China, End to Coronavirus

Hundreds of Israelis gathered at the Western Wall in Jerusalem Sunday to pray for an end to the coronavirus, citing traditional prayers and Psalms and even singing and dancing.

A sign on the men’s side of the Western Wall read in Hebrew and Chinese, “The People of Israel pray for the sake of China.”

The Jerusalem Post reported that the ceremony was promoted by Shmuel Eliyahu, chief rabbi of Safed and president of the Rabbinical Community Association.

“Millions and millions of people are going through tremendous suffering in China and outside China,” Rabbi Avi Berman, executive director of the Israeli branch of the Orthodox Union, told The Jerusalem Post. “As Jews, we believe that God has the power to send healing. We are not doctors, but we can pray.

“We look at our forefathers and see how when they saw trouble in the world, they prayed to God to take care of it, they prayed for the sick to recover and for the poor to find sustenance,” Berman added. “The Chinese people represent one-sixth of the world and many are affected also in the United States, in Europe, in Asia. We should all worry about what is happening and come together to do something about it.”

King David, Berman said, “composed beautiful prayers that we can use” to pray.

The ceremony ended with a shofar blast, The Post reported.

“I can tell you that since the end of Shabbat my phone has not stopped for a moment to ring or receive messages from schools, communities or organizations wishing to participate or to show their support,” Berman said.

The Chinese embassy in Israel released a statement thanking Israelis for their prayers.

“The Chinese Embassy in Israel would like to extend its sincere appreciation for the sympathy, support and solidarity expressed by the Jewish people. We will never forget it,” the statement read.