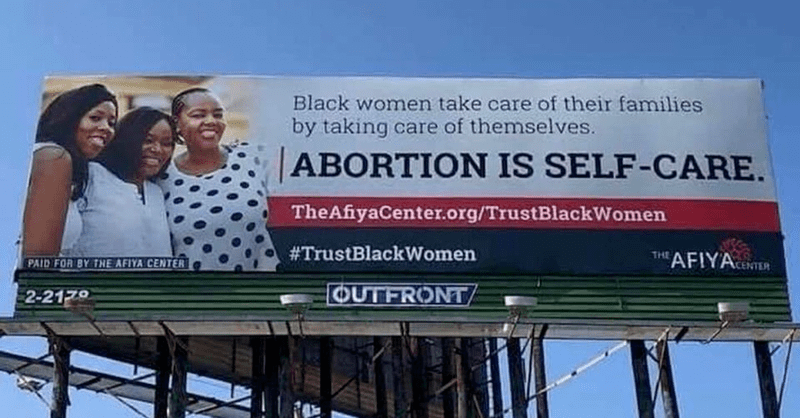 A Texas organization is being criticized for promoting an “abortion war against black women” with a new billboard in Dallas.

The billboard shows three smiling African American women on one side with a message on the other side that reads, “Black women take care of their families by taking care of themselves. ABORTION IS SELF-CARE.” It is sponsored by The Afiya Center, which calls itself the only “reproductive justice” organization in “North Texas founded and directed by Black women.”

Pro-life advocate Abby Johnson, who once worked at a Planned Parenthood clinic, posted a picture of the billboard on her Facebook page with the message: “The abortion war against black women is so real.”

“This black woman right here took care of her family BY taking care of her babies,” Bethany McLachlan-Reed, who is African American, wrote. “Such ridiculousness.”

Another person, Deanna Freeman, said the phrase “self-care” should never apply to abortion.

“I’m sorry but self care is a bubble bath. A pedicure. A hot cup of coffee,” Freeman wrote. “I don’t understand how the term ‘self care’ can even remotely be construed as applicable in reference to abortion.”