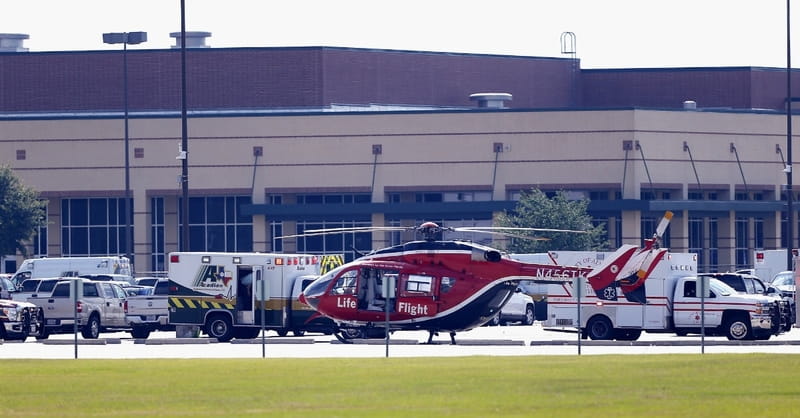 Well-known Christians and pro-family leaders took to Twitter Friday to express their thoughts following a school shooting in Santa Fe, Texas, that left at least 10 dead.

“Praying for Texas, those killed, wounded and hurt. May God send His healing and peace down on all those hurting and grieving,” wrote Lila Rose, president and founder of Live Action. “Mental health continues to decline for youth in our country. There are historic highs of suicides and outbursts of violence against others, like this latest horrific shooting in Texas.

Russell Moore, president of the Ethics and Religious Liberty Commission of the Southern Baptist Convention, wrote, “What a horrific act of violence in Texas. Jesus once told us the devil was ‘a murderer from the beginning’ (Jn. 8:44). He still is. Come, Lord Jesus.”

Caleb Castille, an actor and Christian who starred in Woodlawn, wrote, “While the ‘adults’ argue & refuse to take action... Young lives are being taken. Innocence robbed. Dreams cut short.”

Castille later added, “If you know a high school student, hug them, call them, love them today. Let them know you’re there for them. We MUST protect those who can’t protect themselves...”

“Please join us in prayer for the victims and those who lost loved ones in the shooting at Santa Fe High School, in Texas, a short time ago,” he wrote. “We mourn the lives lost and pray for the Santa Fe community and for our nation as a whole. May the gospel of peace spread rapidly and provide comfort and hope amid so much turmoil and despair in our present-day world. Praying for the Santa Fe community. #MournWithThoseWhoMourn  #Texas”

If you know a high school student, hug them, call them, love them today. Let them know you’re there for them.

We MUST protect those who can’t protect themselves...

Photo: Emergency crews stage in the parking lot of Santa Fe High School where at least 10 students were killed on May 18, 2018 in Santa Fe, Texas. At least 10 people were killed when a gunman opened fire at Santa Fe High school. Police arrested a student suspect and detained a second person