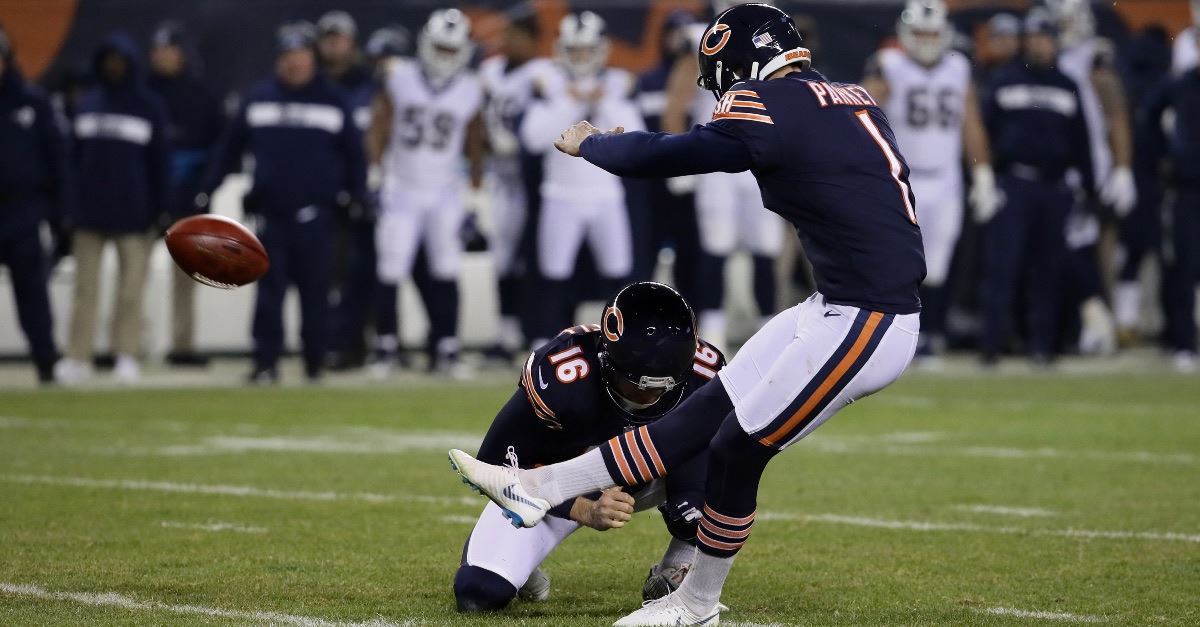 Athletes often point to the sky after scoring as a way to thank God. Chicago’s Cody Parkey, though, pointed heavenward Sunday after missing what would have been a game-winning kick against Philadelphia in the opening round of the NFL playoffs.

Parkey – who had made three field goals earlier in the game – then joined other Christian athletes midfield for a post-game prayer.

“Parkey’s reaction is a great reminder that there are many more important things than football,” Jason Romano of Sports Spectrum wrote on the organization’s website. Sports Spectrum covers Christian athletes, and Romano hosts a Sports Spectrum podcast. “Jesus remains on the throne in good times and bad.”

Philadelphia beat the Bears, 16-15, but Parkey’s missed kick with 10 seconds left likely would have won the game. The kick was merely inches from being good; it bounced off the left upright and then the crossbar before falling short. Philadelphia’s Treyvon Hester says he tipped it; replays appear to show he did.

After the miss, he slumped over in dejection. Teammates consoled him, and he then pointed to the sky.

“I feel terrible. I let the team down. It’s on me,” Parkey said. “... “Sun’s going to shine tomorrow. Life’s going to go on. Unfortunately, it’s going to sting for a while.”

“People often give glory to God after making great plays,” tweeted Garrett Kell, lead pastor of Del Ray Baptist Church in Alexandria, Va. “Much respect to Cody Parkey, who after missing the game winning field goal, pointed his hand to Heaven and then bent his knee before His God. I respect that.”

Some people on social media made jokes – “He is praying to his god to get out of Chicago alive,” one person wrote – but others agreed with Kell.

“I said the exact same thing!” wrote Scott Welch in a reply to Kell. “Blessed be the name of the Lord!”

Parkey was the starting placekicker for the 2013 Auburn Tigers team that won the SEC Championship. Chicago is his fifth NFL team.