Why the Pilgrims Really Came to America 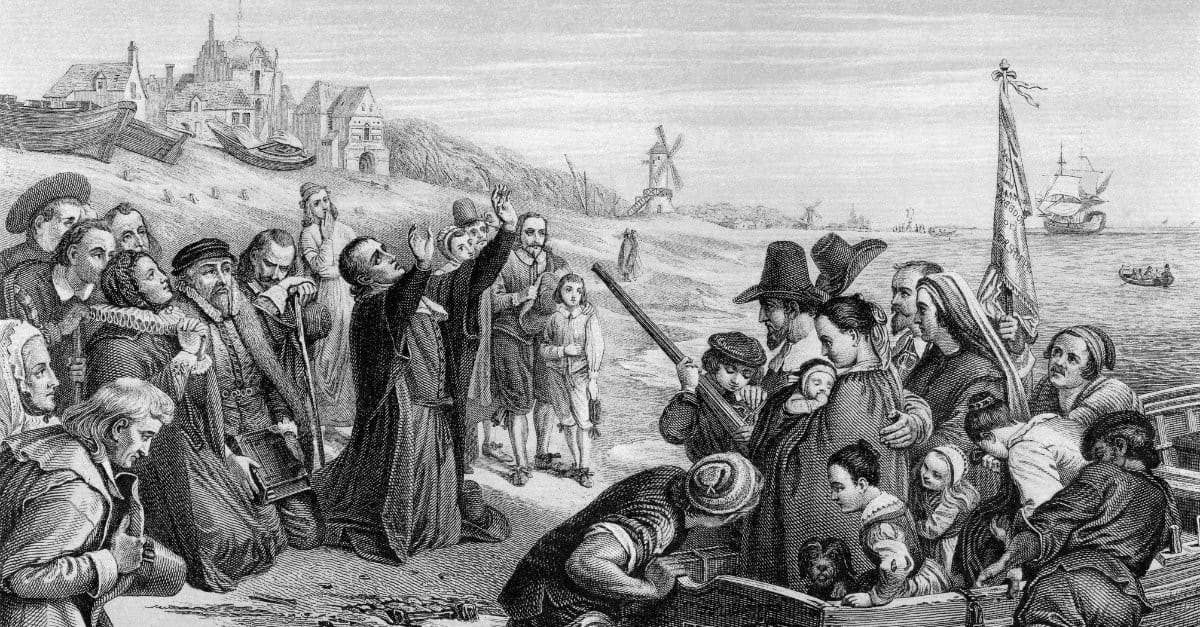 Why the Pilgrims Really Came to America

To better understand why the Pilgrims left England to come to America, it may be helpful to briefly review the religious landscape of the time. In 1534, England broke ties with the Roman Catholic Church. Despite the fact that the separation was tied to Henry VIII’s political and marital issues, Protestant Reformers saw this as an opportunity to bring true reform to the church in England.  In time, these reformers came to be called Puritans (mainly because they wanted to “purify” the Church of England of Catholic traditions that they did not believe to be biblical).

However, after many years of struggling for change, some Puritans felt that little progress had been made toward true reform; they decided it was time to separate from the Church of England and start anew. Thus began the distinction between the Puritans and the Separatists. Though the groups shared theological beliefs and values, the former chose to remain part of the Church of England, while the latter chose to separate. The Pilgrims were part of the Separatist group.

Unfortunately, at this time in England, the Church and State were intimately tied, and Separatists were considered treasonous; they lived in danger of both persecution and imprisonment. For this reason, a small group of Separatists from the village of Scrooby (in north Nottinghamshire) determined that it was time to leave England. So, in 1609, these Separatists sailed to Holland (not America).

For more than a decade, they enjoyed religious freedom in Holland and gathered openly for church under the leadership of Pastor John Robinson. So why not stay in Holland? They had found the religious freedom for which they came.  Here are the two main reasons why the pilgrims came to America, and the answers may surprise you!

First and foremost, these Pilgrims, as they would come to be called, had a deep concern for the well-being of their children. Life in Holland had proved to be difficult. The only work available to immigrants was poorly paid, and despite their hard labor, they struggled constantly with poverty. Work was taking a toll on both parents and children -- causing them to age before their time. Furthermore, some of the children were assimilating into Dutch culture and abandoning their parents’ values. William Bradford (a passenger on the Mayflower and governor of the Plymouth Plantation) explained:

“Of all the sorrows most heavy to be borne (in Holland), was that many of the children, influenced by these conditions, and the great licentiousness of the young people of the country, and the many temptations of the city, were led by evil example into dangerous courses, getting the reins off their necks and leaving their parents. Some became soldiers, others embarked upon voyages by sea and others upon worse courses tending to dissoluteness and the danger of their souls, to the great grief of the parents and the dishonour of God. So they saw their posterity would be in danger to degenerate and become corrupt.”1

Second, the Pilgrims longed to bring the gospel to people who had not yet heard the message of Jesus Christ:

“They cherished a great hope and inward zeal of laying good foundations, or at least of making some way towards it, for the propagation and advance of the gospel of the kingdom of Christ in the remote parts of the world, even though they should be but stepping stones to others in the performance of so great a work.”2

So for the sake of their children and for the gospel, the Pilgrims made the historic decision to immigrate again – this time to America.

These Pilgrims were prepared to make tremendous sacrifices for future generations – and the sacrifices proved to be costly. By the end of their first winter in America, half of the passengers who had sailed to America on the Mayflower were dead. Yet, the Pilgrims persevered and remained faithful to their God. Perhaps for the sake of these committed Pilgrims, God chose to pour out his blessing on their descendants and their new country. To use the words of Bradford, these Pilgrims indeed became the “stepping stones” in the formation of what has arguably become the greatest nation on earth.

Angie Mosteller is founder of Celebrating Holidays, an educational company dedicated to teaching the Christian roots of American holidays, as well as helping families to build fun and meaningful traditions. For more information on the history and symbols of Thanksgiving, as well as creative ideas, visit www.celebratingholidays.com.