Why the Peace (and Pieces) of Jerusalem are Significant 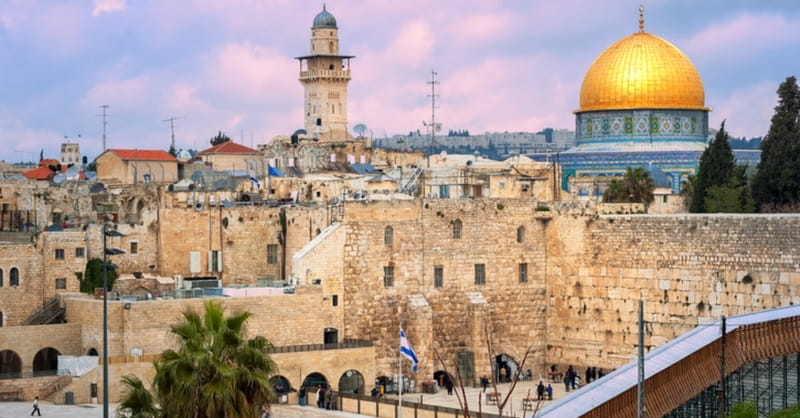 Why the Peace (and Pieces) of Jerusalem are Significant

Last week the United Nations overwhelmingly passed a resolution calling for the United States to withdraw its decision to recognize Jerusalem as the capital of Israel.

Before the vote, Nikki Haley, US Ambassador to the United Nations, threatened to pull the “world’s largest contribution” from the UN.

However, the vote passed with 128 counties voting for the resolution, 9 voting “no,” and 35 nations abstaining.

Despite the UN vote, Haley said the US would move its embassy to Jerusalem.

While Christians know Jerusalem is the site of many Biblical events including the death and resurrection of Christ, we often don’t understand why this city seems so controversial.

So, let’s examine why both the peace and pieces of Jerusalem are significant.

Jerusalem: Why is peace a problem?

Jerusalem, home to Jews, Muslims, and Christians, has been at the heart of the Israeli-Palestinian conflict for decades.

Both Israel and Palestine want to make Jerusalem their capital.

The city contains several sites holy to both Judaism and Islam, such as the Temple Mount and the Western Wall.

Jerusalem remained under Muslim rule until the end of World War I. At that time, Britain captured Jerusalem and kept control until 1947.

In 1947, after Britain announced its withdrawal, the U.N. General Assembly voted to partition the territory into Arab and Jewish states.  However, that never happened. Instead, the city was divided.

On May 14, 1948, Jewish Agency Chairman David Ben-Gurion proclaimed the State of Israel, establishing the first Jewish state in 2,000 years.

The new State of Israel gained control of West Jerusalem, but East Jerusalem, where many holy sites such as the Temple Mount and Western Wall are located, came under Jordanian control.

In 1967, during the Six-Day War, Israel took control of East Jerusalem but left the Temple Mount under the jurisdiction of the Islamic authority.  The Western Wall, however, was open to the Jews.

As a result, 24 countries that had their embassy in West Jerusalem moved them to Tel Aviv; at least 80 embassies, including the US embassy, reside there now.

To this day, Palestinians regard East Jerusalem as the capital of their future state.

Most nations of the world believe the fate of East Jerusalem should be decided in peace talks between the Israelis and the Palestinians.

The last peace talks broke down in 2014.

Before yesterday’s UN vote, Turkish President Tayyip Erdogan said the US should reverse its decision to recognize Jerusalem as Israel’s capital and hosted a special meeting of the Organization for Islamic Cooperation, calling on the world to respond by recognizing East Jerusalem as the capital of Palestine.

We can expect to hear more news about Jerusalem in the coming days.

Meanwhile, since Scripture urges us in Psalm 122:6

to pray for the peace of Jerusalem, now seems like a good time to do that – especially since both the Israelis and Palestinians want a piece of Jerusalem.

Laura Lacey Johnson is a cutting-edge faith and culture writer who focuses on today’s headlines. In addition to speaking, she is a regular contributor to ChristianHeadlines.com and American Family Radio. To read Laura’s latest work on the headlines, visit www.lauralaceyjohnson.com, or to download Why Israel is Important to 3 World Religions, click here.