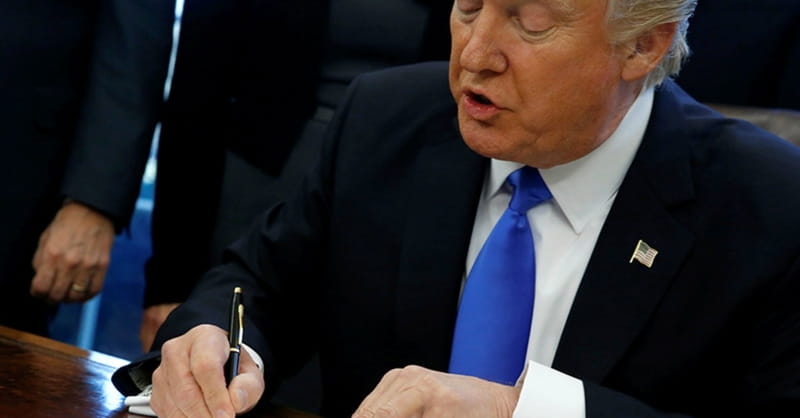 While President Trump’s executive order on refugee resettlement remains the subject of near-constant national discussion, there is one part of that order that shouldn’t be up for debate at all: It is moral and legal to prioritize religious minorities facing persecution.

In fact, Trump should be celebrated for giving attention to religious minorities when Christians, Yazidis and others have so recently faced the threat of genocide in the Middle East.

Prioritizing the religiously persecuted was once the established order of the humanitarian community until the Obama administration began to dismantle those norms and did so in the shadow of countless bombings, beheadings and crucifixions targeting Christians in Iraq, Syria, Nigeria and even Egypt (not to mention all the atrocities committed against Yazidis and other minorities).

The tradition might even be credited to the United Nations via two of its most important documents: the Convention on the Prevention and Punishment of the Crime of Genocide and the Universal Declaration of Human Rights.

The language of Article 2 in the Convention on Genocide reads like it could have been written in response to ISIS’ attacks in 2014 and 2015:

“Genocide means any of the following acts committed with intent to destroy, in whole or in part, a national, ethnical, racial or religious group, as such: (a) killing members of the group; (b) causing serious bodily or mental harm to members of the group; (c) deliberately inflicting on the group conditions of life calculated to bring about its physical destruction in whole or in part; (d) imposing measures intended to prevent births within the group; (e) forcibly transferring children of the group to another group.”

The fact that religious persecution ought to be taken into account in prioritizing humanitarian assistance is what prompted both houses of Congress to defy President Obama and vote unanimously in support of a genocide resolution against ISIS in 2016.

It’s what prompted Obama’s own secretary of state in March last year to depart from the administration policy to declare the same. Whether Obama agreed with it, U.S. federal law actually required that he take religion into account in determining who is to be resettled in the United States.

One of the most egregious examples of not prioritizing religious minorities occurred in 2015, when Christians displaced by ISIS were excluded from or persecuted within the very United Nations camps established to protect them.

Since nearly all refugees resettled in the West arrive via U.N. referrals, only 53 Syrian Christian refugees and one Yazidi were resettled in the United States between 2012 and 2015. The Christian population in Syria stood at nearly 2 million before civil war began and is now estimated at less than 500,000.

Instead of reforming the system, the United States allowed it to continue, refusing to provide sufficient, special assistance to those facing a special threat.

For far too long, our country has not done enough to help religious minorities in the Middle East via safe zones or refugee resettlement. This is one of the reasons why Christians there uploaded a video to YouTube days before the election, essentially endorsing Trump and saying, “we really hope that this election will be a turning point and bring hope for the Iraqi people and for the Christian minorities, in particular.”

Trump is attempting to do what should have already been done, and it’s an honorable thing to do.

The Rev. Johnnie Moore is the author of “Defying ISIS: Preserving Christianity in the Place of Its Birth and in Your Own Backyard.” Find him on Twitter  @JohnnieM

Photo: President Trump signs an executive order in the Oval Office at the White House in Washington, D.C.