The Founders and the Presidents: A July Fourth Reflection 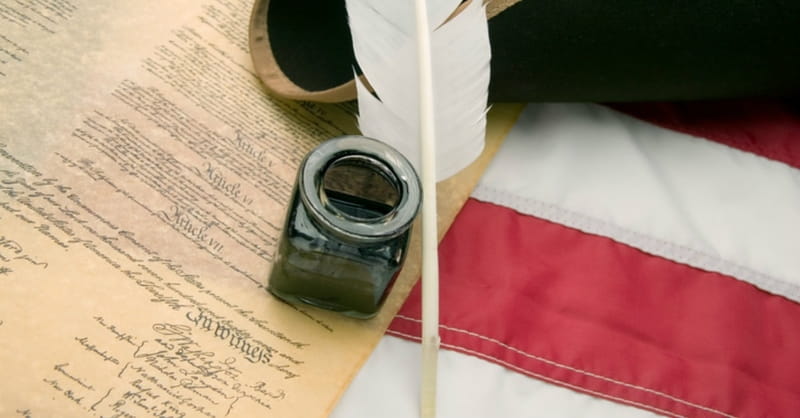 The Founders and the Presidents: A July Fourth Reflection

It’s time to watch fireworks displays, sing patriotic songs, and ruminate about our country’s rich heritage and history. It’s time to celebrate America’s national birthday. As we do so, we should recognize that millions of our ancestors, by their creative thinking, hard work, devotion to the common good, and personal sacrifices have helped make our nation a beacon of democracy and opportunity in a world that has faced a sea of challenges since 1776.

We obviously owe a huge debt of gratitude to America’s founders who risked their property, reputations, and lives to express their opposition to Britain’s policies, to call for independence, to fight a war to achieve this objective, and to craft a new nation that has defended and disseminated the principles of freedom around the globe.

Not surprisingly, four of the principal founders were the first four presidents of the United States: George Washington, John Adams, Thomas Jefferson, and James Madison all served effectively as the nation’s chief executive, setting precedents and establishing policies that placed the fledging country on a solid foundation and helped ensure its stability and success.

Also, not surprisingly, their successors in the office have often praised the founders for their wisdom in devising such a venerable Constitution and workable government and appealed to them to bolster their own reputations and policies.

Twentieth and twenty-first century presidents have especially lauded the religious convictions of the founders.

Both Republican and Democratic chief executives have argued that the founders’ religious convictions helped shape the government they crafted. “Nothing is more true,” Herbert Hoover proclaimed, “than George Washington’s statement: ‘National morality cannot exist in the absence of religious principle.” The Scriptures, insisted Franklin Roosevelt, shaped the philosophy of the founding fathers and guided their actions.

“Our Founding Fathers,” Harry Truman announced, “believed that God created this Nation.” They correctly acknowledged “that God was our strength in time of peril and the source of all our blessings.” That the United States endured the “agonies of the American Revolution and emerge[d] triumphant,” Truman argued, was miraculous. Its independence was “the working of God’s hand.”

Dwight Eisenhower insisted that the Founding Fathers “wrote their religious faith into our founding documents, stamped their trust in God upon our coins and currency, [and] put it squarely at the base of our institutions.” They strove to obey God’s commandments, live in freedom, and create a prosperous country. “The knowledge that God is the source of all power,” Eisenhower maintained, gave birth to and sustained America. Human dignity depended on the God-given rights that were “eloquently stated” in the Declaration of Independence.

Faith in Almighty God, John F. Kennedy contended, “was a dominant power in the lives of our Founding Fathers.” He urged Americans to “dwell upon the deep religious convictions of those who formed our nation.”

Ronald Reagan repeatedly stressed the religious commitments of the Founding Fathers, especially their contention that the United States would flourish only if its people acted morally. The founders, he declared, “believed faith in God was the key to our being a good people and America’s becoming a great nation.”

Reagan regularly recounted how the founders, especially Washington, had relied on God in leading the nation.

The Declaration of Independence, Reagan claimed, expressed America’s recognition of God’s power and authority. He noted that Benjamin Franklin, John Jay, Thomas Jefferson, and James Madison all accentuated God’s providential guidance and the importance of prayer. The Founding Fathers ensured that Congress began each day with prayer, Reagan proclaimed, because they valued prayer so highly.

The American republic, declared George H. W. Bush, was built on the founders’ “faith in Almighty God” and “spiritual principles.” Convinced that all people “are equal in the sight of their Creator,” the founders devised a system of government that protected “the God-given rights of every individual.”

The founders cared deeply about religion, Bill Clinton maintained, because they thought it promoted the character and conduct essential to the republic’s success. The framers of the Constitution, Clinton argued, “recognized the awesome power” religious liberty possessed to unite citizens to promote the common good.

“The faith of our Founding Fathers,” George W. Bush proclaimed, "established the precedent that prayers and national days of prayer are an honored part of our American way of life.” He added, “Our Founding Fathers knew the importance of freedom of religion to a stable and lasting Union.” They “relied on their faith to guide them as they built our democracy.”

Barack Obama praised the founders for giving Americans the ability “to worship and practice religion as they choose.”

1. The Religious Freedom Restoration Act of 1993

In urging Congress to pass the Religious Freedom Restoration Act of 1993, Clinton claimed that it better protected “Americans of all faiths in the exercise of their religion” and was “far more consistent” with the founders’ intention than the Supreme Court’s decision in Employment Division v. Smith (1990). This act, Clinton maintained, honored “the principle that our laws and institutions should not impede or hinder but rather should protect and preserve fundamental religious liberties.”

In promoting faith-based initiatives, George W. Bush argued in 2001 that the nation’s founders had approved using federal money to fund the activities of religious groups that promoted morality and improved social conditions but not those endeavors that spread their specific beliefs.

In calling on the Senate to approve the Law of the Sea Convention in 2016, Obama reminded them that “the power to make treaties is written into our Constitution. Our Founding Fathers ratified lots of treaties.”

As we celebrate our nation’s birthday, let’s thank God for giving us this incredible collection of founders who labored so courageously, tirelessly, and effectively to establish the world’s largest to-that-date republic and ensure its success.