Free Pastors from the Johnson Amendment 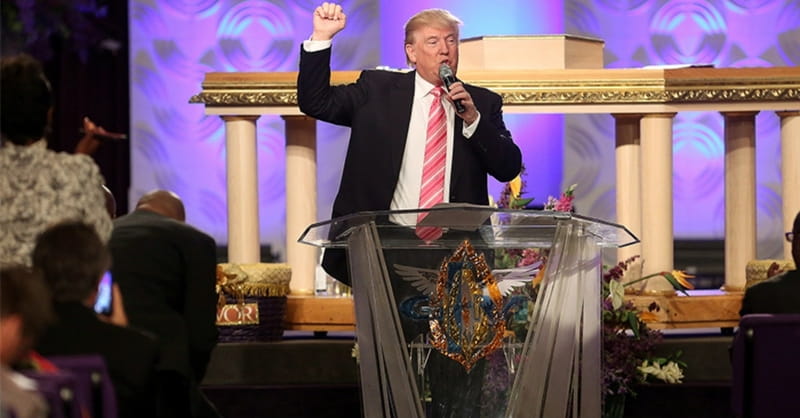 Free Pastors from the Johnson Amendment

President Trump is doing something relatively rare in American politics – he is fulfilling his campaign promises. One of the several promises made by candidate Trump was to eliminate the problems for churches and religious leaders caused by the Johnson Amendment. Exactly what is the Johnson Amendment? How has it been used? And how should it be fixed?

In essence, the Johnson Amendment prohibits tax-exempt 501(c)3 organizations from engaging or speaking on matters related to political campaigns. In 1954, then-Sen. Lyndon Johnson wanted to weaken organizations politically opposed to him — so he conditioned all such organizations’ tax-exempt status on their remaining silent in political matters. Since that time, the amendment has been used to muzzle anything remotely perceived as political speech from tax-exempt organizations, religious and nonreligious, on both sides of the aisle. This overly broad muzzling has included comments of pastors speaking from the pulpit about candidates as well as policy matters. Simply put, the Johnson Amendment has been used to censor speech — something that should never have occurred.

To address these concerns, the Free Speech Fairness Act was introduced in the House of Representatives last year by Majority Whip Steve Scalise, R-La. It has been reintroduced in the 115th Congress with a companion Senate version sponsored by Sen. James Lankford, R-Okla. The bill allows speech from the pulpit even if it touches on political matters. Indeed, it allows all tax-exempt organizations to engage in speech during their ordinary activities, as long as they don’t spend money on such speech. These provisions address the problematic censoring of speech, while leaving in place the restrictions on tax-exempt organizations from using their funds for political activities.

Pastors will decide differently how and if they will engage on political issues. That is not the point of this legislation. The point is to ensure that those who wish to engage in such speech are free to do so. They would be under the Free Speech Fairness Act.

Dr. Martin Luther King Jr. spoke out forcefully from the pulpit on political matters that required change, and we are all glad he did so. It benefits us all to have such change agents speak freely from the pulpit.

Since the birth of our nation, pastors and churches have been at the forefront of shaping public debate and our choice of public servants. What would America look like today had King or the Rev. Lyman Beecher, a leading abolitionist, been muzzled by the IRS?

More free speech for advocates in the public square should be something that everyone can get behind, whether Democrat or Republican. All pastors will be able to speak more freely, regardless of the party affiliation of the policies they are backing. And nonreligious nonprofits will have more freedom to speak, whether on political solutions to an environmental problem, a health care issue or anything else of concern to them. In addition to the practical reasons for change, the current IRS guidance restricting the speech of pastors and others is very likely unconstitutional.

For all these reasons and more, we are hopeful that the Free Speech Fairness Act can find the broad and bipartisan support it deserves. All nonprofits stand to gain from this legislation. If we can find the support to pass this legislation, President Trump — who wants to eliminate the problems with the Johnson Amendment — will sign it. Please join me in supporting more free speech for all Americans and back the Free Speech Fairness Act.

Tony Perkins is president of the Family Research Council