Democratic Candidates Are Hiring Faith Outreach Directors — Outreach to Whom? 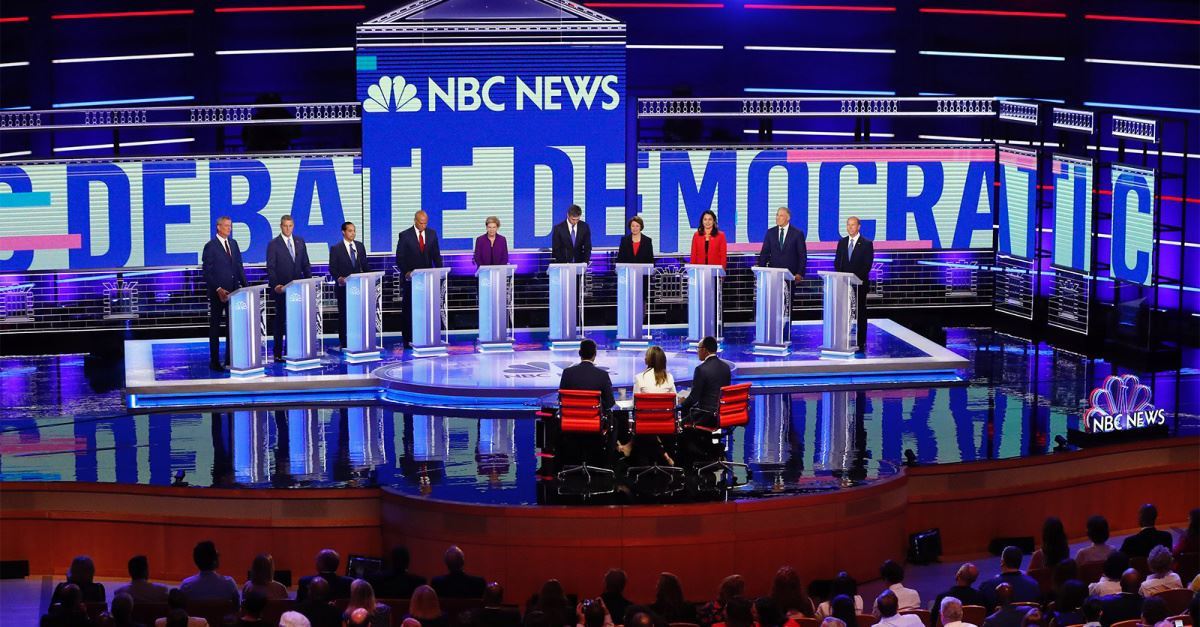 Democratic Candidates Are Hiring Faith Outreach Directors — Outreach to Whom?

The narrative they are seeking to take hold of is the one embraced by the GOP’s candidates over the past quarter-century, perhaps most successfully by Donald Trump, who took 81% of white evangelicals in 2016: mobilizing a religious voter base to put them over the top.

There are three religious groups these new hires might be primarily aimed at engaging: white evangelicals, mainline Protestants and the religious left.

Would white evangelicals vote for a Democratic candidate?

Some evangelicals, younger ones especially, may find themselves turned off by the evangelical establishment’s identification with GOP party politics. They may be susceptible to outreach from the Democrats, but the numbers are small.

Other Christians may prove more malleable. White mainline Protestants — members of historic denominations like Episcopalians, Lutherans and Presbyterians who have historically been relatively evenly split between Republican and Democratic affiliation — have shifted notably over the course of the Trump administration, dropping their support for the president from 57% to 48%. This is the largest movement of any single religious demographic. Indeed, white mainline Protestants are the closest thing we have to a contemporary “swing vote.”

As swing votes go, though, the mainliners are not likely to be as influential as they once were. Back in the 1950s and ’60s, almost half of all Americans attended church. Prominent mainline theologians were regular guests at the White House; Reformed theologian Reinhold Niebuhr was featured on the cover of Time magazine. The National Council of Churches — nearly all mainline Protestants — was formed in 1950 to jointly advocate and lobby for what were largely socially progressive causes.

Today, however, white mainline Protestant churches are in decline. As Lyman Stone noted for Vox back in 2017, for every convert a mainline Protestant denomination picked up, 1.7 congregants left, compared to white evangelical Protestants, for whom 1.2 converts countered every leaver.

While white mainline Protestants who, say, voted for Trump in 2016 might well go for Booker or Buttigieg (or even another Democratic candidate who has courted them less explicitly) in the primaries, there are fewer and fewer of them each year.

So, who else might Buttigieg’s and Booker’s faith engagement hires court?

Ultimately, the best work of campaign faith engagement strategists might not be in changing minds but in getting out the existing Democratic vote.

White evangelical Republicans have historically showed up at the polls in disproportionately higher numbers than both their religious and unaffiliated counterparts. By appealing to people of faith — especially faithful people of color, members of historically black Protestant denominations and Hispanic Catholics, both of whom have voted in lower proportions than white evangelicals in recent years, faith-conversant candidates such as Buttigieg or Booker could well find themselves capable of galvanizing the progressive voters who are their natural followers.

What they don’t know is how their faith-based strategy will play out with the increasingly irreligious population, specifically the largest progressive religious (and the fastest-growing) demographic of all: the religious “nones.”

These unaffiliated Americans now make up 23% of the population, more than a third of all millennials — and a third of all Democrats. While it hasn’t been shown that young religiously unaffiliated voters are actively turned off by a candidate’s profession of faith, they’re nevertheless unlikely to respond to the efforts of faith-based strategists whose networks are focused on established traditions.

Rather, these nones are all over the map, with only a portion describing themselves as atheists and agnostics and as much as 72% saying they believe in some sort of a higher power. The one thing they all seem to have in common is that they are liberal. In coming years, Democratic candidates in particular may need to focus on hiring a “nones engagement” specialist alongside a faith-based one.