Can the Government Force Pregnancy Centers to Speak a Message They Disagree With? 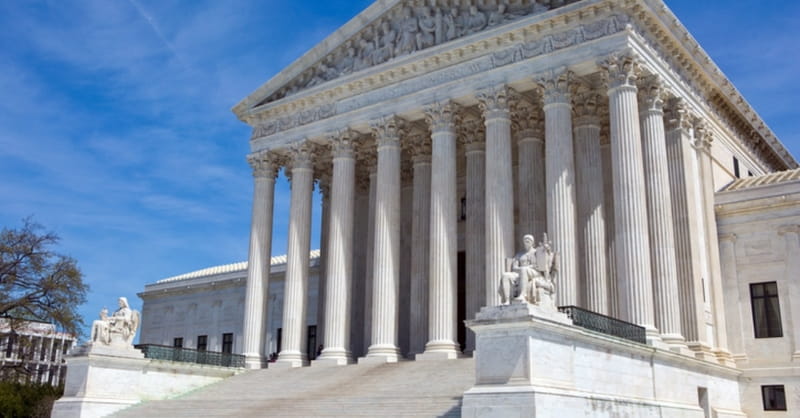 Can the Government Force Pregnancy Centers to Speak a Message They Disagree With?

The Supreme Court will hear arguments Tuesday (March 20) in a case with serious implications for religious rights and free speech nationwide.

In National Institute of Family and Life Advocates vs. Becerra, the court will decide whether pro-life advocates must refer clients to abortion clinics or face fines, penalties and possible closure.

The basic question the court must decide is whether the government can force pregnancy resource centers to speak a message that they fundamentally disagree with. California says yes. The National Institute of Family and Life Advocates — also known as NIFLA — says no.

The implications are stark for Americans across the board, Americans as diverse as pro-life advocates, anti-war flag burners and NFL anthem kneelers. None should be forced to follow government speech. The government may as well be able to force Alcoholics Anonymous to advertise for beer, or to force Hindus to advertise the sale of hamburger meat.

Under the so-called Reproductive FACT Act, which California passed in 2015, pro-life centers must post a sign in their waiting area that provides information to patients on how to obtain a state-funded abortion. The sign must also list a phone number for the patient to call to get the abortion process started.

Noncompliance with this mandate could result in massive fines that would undoubtedly shut down pro-life centers.

Forcing pro-life pregnancy centers to become abortion referral agencies is a mandate that violates the foundational principles of these faith-based agencies. This is government-compelled speech, and it is clearly unconstitutional.

State and federal courts in Illinois, Maryland and elsewhere have found such laws unconstitutional, and in fact, a California state court judge ruled recently that this very law violates the free speech rights of California pregnancy centers under the state’s constitution.

This was a great victory for pregnancy centers of California, though it only affects the one pregnancy center that filed suit against the law. The Supreme Court should follow suit and declare the law unconstitutional. That would block other states from following in California’s steps.

The pregnancy centers represented by the National Institute of Family and Life Advocates provide free care and resources to thousands of Californians. Many of these women are alone, desperate for support because the father of their child has abandoned them.

A pro-life pregnancy resource center may be the only nonabortive option available for disadvantaged mothers who wish to choose life.

First, it endangers unborn children, who are literally America’s most vulnerable demographic. This is not a matter of religion or faith — science has explicitly shown that a fetus is an independent human being.

Also in danger from this law are abortion-vulnerable mothers.

The Guttmacher Institute’s research shows that many women who get abortions do so out of fear of being single mothers and that they often face difficulties with the father of their child and even other family members, sometimes having been abandoned altogether.

Quite literally, many women are scared into having abortions because they believe it is their only option.

Finally, the law puts pregnancy resource centers in the crosshairs.

Whether these centers are among the 1,400 medical clinics, pregnancy care centers and/or adoption centers that are part of the National Institute of Family and Life Advocates, or the 3,000 total centers nationwide, pro-life centers are a critical lifeline to women experiencing a crisis pregnancy.

These centers help women see a brighter and better future, offering them free medical care, resources and a place to stay.

The National Institute of Family and Life Advocates is grateful that the Supreme Court is stepping in where California Gov. Jerry Brown and California Attorney General Xavier Becerra are not.

Brown and Becerra say they fight for the poor and downtrodden, yet both of these men are unwilling to stand up for the most vulnerable residents under their care — unborn children and mothers who have nowhere else to turn.

On Halloween, Becerra renewed his promise to force pro-life pregnancy resource centers to refer for abortion — even as his office continues to prosecute investigators who exposed possible lawbreaking by abortion providers relating to the sale of fetal tissue.

There is much at stake in this case. The Supreme Court must rule in favor of life and liberty, which are enshrined in our Constitution.

Thomas Glessner is the founder and president of the National Institute of Family and Life Advocates. Anne O’Connor is an attorney with NIFLA. The views expressed in this commentary do not necessarily reflect those of Religion News Service. The piece originally ran in The Daily Signal.