What My Support for the Astros Says about My Soul 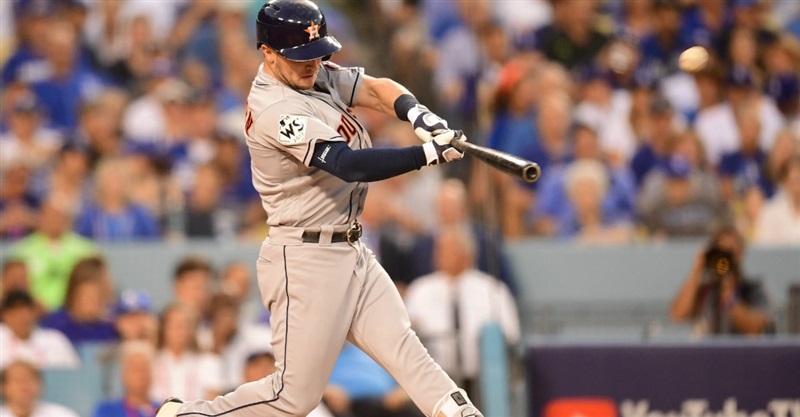 What My Support for the Astros Says about My Soul

I grew up in Houston, Texas, where our hometown Astros were the lovable losers of the National League. Our team finished above .500 a grand total of three times before I left Houston to attend seminary. Since that time, they made the World Series once, getting swept by the White Sox in 2005.

I’d like to claim that I’ve been a faithful fan through the lean years as well as the good, but it’s not true. To be honest, I’ve paid more attention to my team when they were winning than when they were losing. My language was indicative of my transactional support: when the Astros were victorious, “we won.” When the team was defeated, “they lost.”

Now “my team” is back in the World Series, losing game one last night to the Los Angeles Dodgers. If they lose the Series, they’ll still be better than twenty-eight other Major League teams. Whether I’ll support them if they lose says more about me than it does about them.

Few relationships in our culture are unconditional. Marriage for many is a contract rather than a covenant, with divorce an ever-present option. Employees are changing jobs and even switching vocations more rapidly than ever before. Forty percent of Americans change their denomination or even their religion.

In a consumer culture, we are loyal to those who give us what we want.

Are you on an adventure with God?

Here’s why consumerism doesn’t work with God: he is the King of Kings, not a commodity we can control. We are subjects, not consumers. When we make the Lord of the universe a means to our end, we miss the purpose and passion Jesus intends for us.

“If you would describe your relationship with God as anything less than adventurous, then maybe you think you’re following the Spirit but have actually settled for something less—something I call inverted Christianity. Instead of following the Spirit, we invite the Spirit to follow us. Instead of serving God’s purposes, we want Him to serve our purposes. And while this may seem like a subtle distinction, it makes an ocean of difference. The result of this inverted relationship with God is not just a self-absorbed spirituality that leaves us feeling empty, it’s also the difference between spiritual boredom and spiritual adventure.”

Jesus was clear: “If anyone would come after me, let him deny himself and take up his cross daily and follow me” (Luke 9:23). He called fishermen to leave their boats and tax collectors to leave their booths. He turned a persecuting Pharisee into a passionate evangelist.

And he sent them on an adventure beyond their wildest dreams.

Each of Jesus’ followers (excepting Judas) was from Galilee, a region less than half the size of Connecticut. Apart from annual pilgrimages to Jerusalem, they would expect to live their entire lives in this diminutive area.

Instead, Peter found himself preaching and pastoring in Rome, the most influential city in the Western world. Andrew traveled as far as modern-day Russia, while Thomas took the gospel to India. Philip preached in North Africa, Matthew and Bartholomew in Ethiopia, Simon the Zealot in Persia, and John in Ephesus.

Now Jesus is calling us to serve him as unconditionally as the men and women who first served him. Nothing less is biblical Christianity. Nothing less is good enough for the crisis of our day.

Have you started living?

There are more evangelical Christians in America than ever before, but our culture is more resistant to biblical morality than ever before. What explains the disparity between our size and our influence?

Could it be that too many of us are too much like the culture we are called to change?

Jesus doesn’t want fans who cheer from the stands on Sundays—he wants spiritual athletes who compete on the field daily. He wants women and men who will go wherever he leads and do whatever he asks.

Our lives will not be safe, but they will be significant. As William Barclay noted, “Jesus promised his disciples three things—that they would be completely fearless, absurdly happy, and in constant trouble.”

In return, he promises us that our days will be spent doing what matters most. And we will “take hold of that which is truly life” (1 Timothy 6:19).

Is your life worth living today?

Photo: Alex Bregman #2 of the Houston Astros hits a solo home run during the fourth inning against the Los Angeles Dodgers in game one of the 2017 World Series at Dodger Stadium on October 24, 2017 in Los Angeles, California.