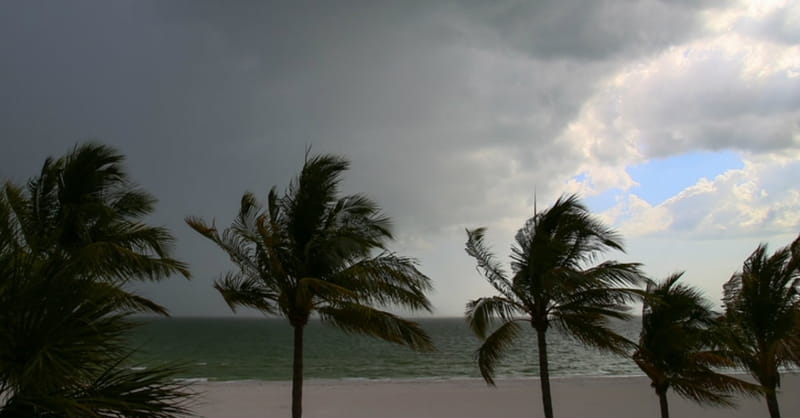 The Golden State Warriors and Cleveland Cavaliers have met in the NBA Finals the last three years. Now they’ll meet again, after the Warriors defeated the Houston Rockets last night. The Cavaliers’ LeBron James will be playing in his eighth-straight championship series.

When the playoffs began, these were the teams favored to reach the finals. It seems fitting that they will compete once again for the title.

In other news, however, the world seems anything but fair.

In other weather news, Ellicott City, a community of 66,000 in Maryland, is dealing with its second devastating flood in two years. One official spoke for many: “My heart is broken thinking about what people are going through here, and the people’s lives who were devastated two years ago and they rebuilt, and now they’re faced with the same daunting task again.”

And lava from Hawaii’s erupting Kilauea volcano has reached the Puna Geothermal Venture plant. Though officials were prepared, a rupture could set off an explosion, releasing hydrogen sulfide and other dangerous gases into the environment.

Today’s news reminds us that we are not in control of our world–and never were.

Eight centuries before Christ, the Assyrian Empire was the world’s great superpower. Their armies captured the ten northern tribes of Israel and threatened to destroy Jerusalem.

Isaiah 22 describes the city’s preparations for the coming siege.

Residents diverted water into a pool inside the city (v. 9) and fortified their walls (v. 10). Then they “made a reservoir between the two walls for the water of the old pool” (v. 11a), digging a tunnel from the Gihon Spring to the Pool of Siloam, a distance of 1,750 feet. This is known today as Hezekiah’s Tunnel and still flows with water; I have waded through it several times.

While the people made abundant preparations for their defense, the prophet exposed their self-reliant sin: “You did not look to him who did it, or see him who planned it long ago” (v. 11b).

The God who established their nation called them to “weeping and mourning” for their self-sufficient pride (v. 12). If they refused, “‘This iniquity will not be atoned for you until you die,’ says the Lord God of hosts” (v. 14).

Hezekiah, their king, did repent: “He tore his clothes and covered himself with sackcloth and went into the house of the Lord” (2 Kings 19:1). He then prayed that God would save his nation from the Assyrians so that “all the kingdoms of the earth may know that you, O Lord, are God alone” (v. 19).

Responding through the prophet Isaiah, God assured Hezekiah that he would defend the city (vv. 20-34). And “that night the angel of the Lord went out and struck down 185,000 in the camp of the Assyrians” (v. 35).

I was gratified in a strange way yesterday. I attempted to visit the DFW Memorial Cemetery, but the line for Memorial Day was so long that I ran out of time and had to leave. As I drove away, I voiced a prayer of gratitude for the multiplied thousands who came to remember those who gave their lives for our country.

Imagine a world in which America lost the Revolutionary War, World War I, or World War II. Our fallen soldiers’ sacrifice made possible the nation we know today.

But there’s another side to the story.

The Bible declares that God “made from one man every nation of mankind to live on all the face of the earth” (Acts 17:26). Every nation is the result of God’s creative work–America included.

The God who rules the world stands ready to reward all who choose to trust in him: “Blessed is the nation whose God is the Lord, the people whom he has chosen as his heritage!” (Psalm 33:12).

But, like Jerusalem of old, we must reject self-dependence or face the consequences of our prideful sin: “The wicked shall return to Sheol, all the nations that forget God” (Psalm 9:17). Our choice is clear: “Righteousness exalts a nation, but sin is a reproach to any people” (Proverbs 14:34, my emphasis).

Would you say America is more or less dependent on God and obedient to his word than in generations past?

“Tear down this wall!”

My wife and I visited the Ronald Reagan Presidential Library many years ago. In the gift shop, I purchased a small piece of concrete that was once part of the Berlin Wall. My thoughts returned to that historic day in 1987 when President Reagan challenged Soviet leader Mikhail Gorbachev to “Tear down this wall!”

Last summer, my wife and I stood where the Berlin Wall once stood and reflected on the fact that no nation’s future is guaranteed. As a result, “Let not the wise man boast in his wisdom, let not the mighty man boast in his might, let not the rich man boast in his riches, but let him who boasts boast in this, that he understands and knows me, that I am the LORD who practices steadfast love, justice, and righteousness in the earth” (Jeremiah 9:23-24).

In what–or whom–is America boasting today? What about you?